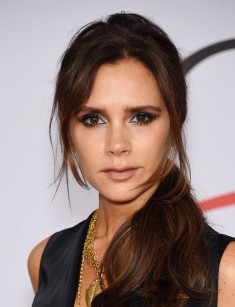 Victoria Caroline Beckham, who earned her fame under the maiden name Victoria Adams, is a British singer, dancer, actress, fashion designer, and writer. She used to be a vocalist in the legendary pop group Spice Girls and made a successful solo career later.

Today, Victoria Beckham is a businesswoman who has created several collections of jeans clothes and sunglasses. Besides, Beckham’s bags set the example of fashion in many countries.

Victoria Adams was born in Harlow, Essex, and spent her childhood and youth in Broxbourne, Hertfordshire. The would-be star had a brother, Christian, and a sister, Louise. The father was a successful electronic engineer and owned a business that provided the family with everything. Although the family was rich, it had a negative effect on Victoria: the girl had no friends, and she used to be the object of everybody’s laughter. She felt like an outsider and asked her father to stop their luxurious Rolls Royce a little far from the school gates and let her go so that the classmates did not have another reason to press the girl.

One day, teenage Victoria went to the musical Fame; from that moment, she wanted to become popular. The young woman persuaded her parents to send her to the Jason Theater School where she studied acting and vocal performance. Later on, she studied dancing and choreography at college; at the same time, she performed in the half-amateurish group Persuasion.

In spring 1994, Victoria Beckham, then Adams, succeeded at the auditions and joined the pop group Spice Girls; she was going to resonate all over the globe.

Initially, the group was named Touch. However, the new name Spice Girls was more suitable as it corresponded to the large-scale popularity the group had. Each group member had her own nickname given by fans. Victoria was called Posh Spice for her style: bright short dresses and flashy, attractive makeup.

The debuting single “Wannabe” topped music charts across the Atlantics and broke the radio records: the hit sounded more than 500 times in the first week after the release. Three other songs from the first album also took the first position: “Say You'll Be There,” “2 Become 1,” and “Who Do You Think You Are.”

Later, the song “Spice Up Your Life” and the ballad “Viva Forever” from the third album Spice Girls became incredibly popular.

In 2000, the group split up, and Victoria Beckham began her solo career. The single “Out of Your Mind” was her most successful song and got the second position in the British music chart. The next hits “Not Such An Innocent Girl” and “A Mind of Its Own” were included in the top ten songs.

The only official solo album Victoria Beckham turned out to be commercially non-viable. The new album Open Your Eyes was to improve the situation, but the singer got pregnant and canceled the project; the promo-single “My Love Is For Real” was not presented as well. Victoria finished her career as a singer.

Today, the star is known as a fashion icon. She has made a wonderful career in fashion, and her own brand produces bags, dresses, sunglasses, and even the perfume “Intimately Beckham.” The cosmetics line “V Sculpt” was created especially for Japan. In addition, Victoria collaborated with Land Rover and created her own car Evoque Victoria Beckham Special Edition. Victoria and David Beckham created the casual jeans clothes collection popular in the whole world.

Besides, Victoria wrote two bestsellers. The first book, Learning to Fly: The Autobiography, was published in 2001. The fans of Spice Girls became its target audience mostly. The second book That Extra Half an Inch: Hair, Heels, and Everything in Between presented in 2006 was the fashion guide. The book appeared in many countries at the same time; in Lithuania, the sales figures broke the record of the recently published detective The Da Vinci Code by Dan Brown.

In 2007, Victoria participated in the program Victoria Beckham: Coming to America where she traveled across the United States with her family. Further on, the woman got an episodic role in the series Ugly Betty and joined the jury in Project Runway.

Once and for all, Victoria Beckham united her life with the British soccer player and the star of Manchester United, Real Madrid, and LA Galaxy.

As David told journalists, he saw Victoria first in her music video. The athlete was impressed by the singer and realized at once it was his woman.

The future spouses met personally after a charity soccer match; Melanie Chisholm took Victoria there. Victoria and David Beckham left the event together; from that time, they have always been together.

The relationship was developing rapidly. Soon, the lovers announced their engagement. When the wedding was being prepared, Victoria found out she was pregnant. The first child, Brooklyn, was born on March 4, 1999. The boy was named after the district in New York where he was conceived.

The wedding took place in July 1999, in the ancient Irish Luttrellstown Castle. During the ceremony, the newlyweds were sitting on golden thrones.

Many people were jealous of the Beckhams. In 2000, Scotland Yard detectives received the information Victoria and her son were going to be kidnapped. As a result, Victoria and Brooklyn had to hide for a while.

In 2002, the star couple’s second child, Romeo James, was born. Soon, David was offered to play in Spain. Beckham accepted the offer, and the wife stayed in London with two sons.

The happy family life was interrupted by Rebecca Loos who had been David Beckham’s personal assistant. She gave an interview where she claimed she helped the soccer player kill his loneliness and had an affair with him. Victoria reacted calmly and only said she believed her husband. Later on, she took her things, prepared the children, and went to Spain.

The romance between Beckham and Loos was never proved: neither Victoria, nor David, nor people close to them made the situation public. In 2005, Victoria gave birth to the third son, Cruz David.

The next year, David Beckham surprised his wife: he walked her down the aisle again, and they promised to love each other. The woman told journalists later it was unexpected for her: the husband just took her from home when she was wearing a tracksuit and no makeup.

Many people noticed Missis Beckham often looks serious: the singer rarely smiles because she believes she looks more stylish that way. However, journalists who communicate with her emphasize in one voice that Victoria is cute and friendly when it comes to personal interaction.

In 2011, there was a new baby in the family: the long-awaited girl, Harper Seven, was born. Victoria and David wanted to have a daughter, and their dream finally came true.

In 2013, the family moved to London: Victoria and David were convinced their kids should study in their own country and absorb the English traditions.

Brooklyn Beckham showed himself as a talented photographer; Romeo James is a popular model. The youngest boy, Cruz, performed the song “Cups” accompanying himself with a plastic glass, and conquered the Internet audience.

Missis Beckham has several tattoos representing her love for the family. On her back, there are octagonal stars, the symbols of the woman herself, her husband, and children. David Beckham’s initials are tattooed on Victoria’s wrist, and David has the name “Victoria” there. The spouses also have the couple tattoos on their right arms.

In 2015, the soccer player’s wife celebrated the anniversary of the boutique Victoria Beckham opening. After the event, paparazzi noticed the drunk woman leaning on the grumpy husband’s arm; there was a wet spot on the designer’s pants. The rumors about Victoria’s alcohol abuse appeared, although they were not confirmed later.

Since 2017, the speculations about Victoria and David’s divorce have been widespread in tabloids. Despite all the assumptions, the couple continues to share tender family pictures on Instagram.

In 2017, Victoria Beckham’s name was involved in a scandal: the representatives of a café called her the icon of anorexia. The woman was going to sue the café: such words damaged her reputation. However, ordinary people had noticed the designer was quite thin (the woman’s height is 163 cm., and her weight was 45 kg.) and suspected she had anorexia. In 2018, Beckham looks slim, and the rumors about diets and intentional weight loss ceased.

In 2017, the star confessed she regretted she had surgery and wished she had never had a breast augmentation.

In 2018, there was the information about the reunion of Spice Girls celebrating the 20th anniversary of their founding, and an album and a TV show were expected as a one-time event. Victoria Beckham refused to participate because she was busy; however, she said she had warm memories about the time spent with the group. 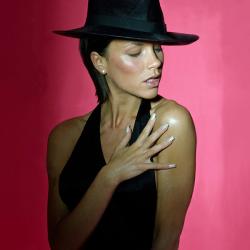