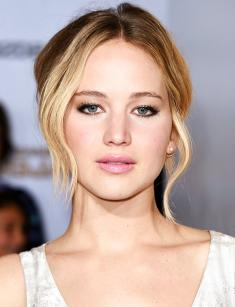 Jennifer Lawrence was born on August 15, 1990 to Gary Lawrence, who works in construction and Karen Lawrence, who manages a children's camp. She is the third child in the family. She has two older brothers, Ben and Blaine, and has Scottish, Irish, German and English ancestry.

In her childhood, Jennifer was active and energetic. A cheerleader at school, Lawrence also played field hockey. She was interested in design and medicine. Children always spent time together, coming up with various games and home performances.

Lawrence family was far from cinematography. But when Jenny was 14 she definitely knew she would be an actress. Jennifer asked her parents to go in New York in order to find an agent. At the time the Lawrence lived in Louisville, Kentucky. It didn’t take long to persuade her mother and father. Besides, the first trip immediately brought success: Jennifer received a shooting invitation from Abercrombie & Fitch brand.

After that, Jennifer auditioned for several agencies - everyone appreciated her talent, although the girl hadn’t actor education and experience. She showed big persistence on the way to her goal. For the sake of her dream Jennifer graduated from school two years earlier than her peers.

After successful auditioning Jenny was over the moon and became even more confident in her choice. Two years later she made her screen debut.

Lawrence began her acting career with a role in the television film “Company Town”. She followed it with guest roles in several television shows, including “Cold Rush”, “Monk” and “Medium”. In 2007, Lawrence got the role in "Not Another High School Show" and "Garden Party". And first major work was her being cast as a series regular on sitcom"Bill Engvall Show", in which she played Lauren, who always imagined conspiracies. The series ran for three seasons, but then producers decided to close it.

Film “Poker House” brought Jennifer Lawrence popularity. The premiere took place during the annual film festival in Los Angeles, and the young actress won Award for Best Actress. At the festival, screenwriter Guillermo Arriaga noticed Jennifer and offered her a role in "The Burning Plain". Her film partners were Charlize Theron and Kim Basinger. Her performance in the film earned her the Marcello Mastroianni Award.

In 2010, she played Ree Dolly in the film "Winter's Bone", for which she was nominated for two prestigious awards - "Oscar" and "Golden Globe". Next year has been successful: the actress starred in "Beaver", "X-Men: First Class", "Like Crazy," and in "The Hunger Games."

“The Hunger Games” was released on March, 2012. After that, the long-awaited popularity came to Jennifer Lawrence. The film was a massive box-office success and Lawrence received positive review from critics for her performance and film character.

In addition to the positive review of the filmmakers, the movie was successfully released and earned even more income. Due to this fact the film "The Hunger Games" has become one of the highest-grossing films in the history of Hollywood.

The most flattering remarks the actress got from the author of the adapted novel Suzanne Collins. The novelist was really delighted to see the character of Kitnis Everdeen as she imagined: fragile and determined.

In the same year, Jennifer starred in film directed by Russell Crowe "Silver Linings Playbook" with Bradley Cooper. She got the role of Tiffany, a young widow woman, who tries to remove her pain with the help of sex. For this work, Lawrence won "Oscar" and "Golden Globe".

Soon, she starred in another Crowe’s film, "American Hustle," based on real events. The girl had to play mentally abnormal woman. And she did this job brilliantly. After this film, Jennifer Lawrence was nominated for "Oscar" for the third time and received the second "Golden Globe".

Now Jennifer Lawrence dreams about creating her own movie in which she is going to be a director. It is supposed to be a comedy: the place of action - mental hospital of 60s, in which LSD experiments are put, but at some point, something went wrong. Jen wanted to work as a director from 16 years. Now she realized she is ready.

With her perfect figure (Jennifer is 171 cm growth, weight - about 60 kg), and being recognized as a Hollywood star with one of the highest income, the actress was considered many times as the most sexy lady in the world. So in 2013, Jennifer was among the ten most beautiful people in the world by People Magazine. It is not surprising that she was asked to become the face of the bag line "Miss Dior” in an advertising company since 2013. And Jennifer was glad to accepted the proposal.

Despite the fact that the actress often participates in very intimate photo shoots, she has never appeared before the audience completely naked. The only exception is the film "X-Men: First Class," in which Jennifer had to play naked, but with the application of thick layers of makeup on the whole body.

However, on the night of September 1, 2014 there was a mass iCloud leakes of photos of an intimate nature. Eight Hollywood stars and charming Jennifer Lawrence was one of the hackers’ victims.

Initially, the network began to receive simple photos of celebrities. But in few days leaks of photos reached its peak. Apple's management was alarmed and negotiated with computer hooligans.

In 2011-2012 Jennifer had romantic relationship with Nicholas Hoult. They met at "X-Men: First Class" shooting. For some time people said that young couple is engaged and Jennifer is pregnant. Even photo of engagement ring appeared in the network. But the rumors were just rumors, as well as suspected pregnancy of a young actress. Two years later, the couple broke up.

As Lawrence says, the reason of their split has become her high fees. Her boyfriend couldn’t accept the fact that Jen was the highest paid Hollywood actress. According to the American tabloids, Lawrence for several years occupies the second place with the largest annual income after Angelina Jolie.

“Nobody invites me on a date, my Saturdays are lonely, guys are afraid of me”, - she said in one of the interviews.

Jen believes that men used to dominate in relationships, which she rejects.

When "Silver Linings Playbook" was released, there were rumors about relationships between Jennifer Lawrence and Bradley Cooper. But Bradley denied rumors, saying that he could be her father.

During shooting of three parts of the film "The Hunger Games' Jennifer Lawrence became close to the other main character - Josh Hutcherson, who was two years younger than Jennifer. During the work on the franchise actors immediately found a common language, they seemed to understand each other perfectly. People around them began to suspect that the artists share something more than just a joint project.

In fact it was only speculation. Jennifer and Josh felt themselves like brother and sister, who became close friends and were connected by a great sense of mutual support and the sense of humor. Thus, young artists were so fond of communicating with each other in the scenic area and sometimes it was difficult for them to play serious love scenes.  The work was constantly hampered because of their laughter and jokes.

Jennifer's latest work was the film "Passengers" of fantasy genre.  In this film she co-starred in the title role with Hollywood actor Chris Pratt, who is gaining popularity. When the film was finished for the purposes of promotion the "Passengers", actors have to visit the most important premiere of the film in different parts of the world.

The happy couple gives the impression of lovers. Their gentle attitude to each other created rumors. But, according to Chris and Jen, they are just friends.

In winter 2016, Jennifer has been approved by one of the most famous film directors of our time, Darren Aronofsky, author of "Black Swan", and she got the main role in his new project “Untitled Darren Arafonski project".  Until now, all the details of the new film are kept in secret.

Apparently, during the creative process of the shooting, the couple became close to each other. And only now, after nearly a year, lovers no longer hide their feelings from others and openly, without intrigue, appear in public together. According to Jennifer’s relatives, despite the fact that they have difference in twenty years, Darren and Jennifer interested in each other. He was impressed by cheerfulness and youth of Jen and she was attracted by Darren charisma and intellect. 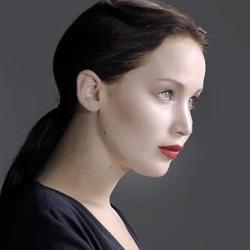