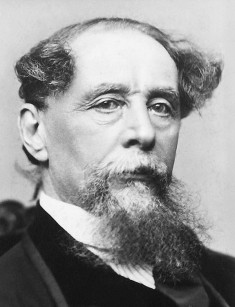 The works of the English writer, the comic characters’ creator Charles Dickens are considered to be the classics of the world’s literature. The bright social critic’s art pertains to the genre of realism, but magic and sentimental features are also traced in his books.

Dickens’s parents could not provide their 8 children with careless life. Terrible poverty and endless debts that the young writer encountered were later portrayed in his works.

On February 7, 1812, in Lendport, the second child was born into the family of John and Elizabeth Dickens. At this period, the father worked in the Royal Navy (naval station) as a civil servant. Three years later, John was redirected to the capital and then the city Chatham where Charles received his school education.

In 1824, the novelist’s father got in debt distress, and money was insufficient. According to the British law of that time, creditors would send debtors to the special prison – this was where John Dickens was put. Each weekend, his wife and children were also kept there as debt slaves.

Due to these life circumstances, the future writer had to start working early. The polish production factory paid scanty money – 6 shillings per week, but finally, the poor Dickens’s family got lucky.

John inherited his distant relative’s property which gave the opportunity to pay his debt. He received the admiralty pension and worked as a local newspaper reporter.

After his father was set free, Charles continued to work at the factory and studied. In 1827, he finished the Wellington Academy; later on, he was hired as a junior clerk (13 shillings per week) in a law firm. The young man worked there for a year. As he learned shorthand, he chose the job of a free reporter.

In 1830, the young writer’s career improved: he was offered a position in “Morning Chronical.”

In 1836, his first descriptive and moral works entitled “Sketches by Boz” were published. Its content turned out to be relevant for the reporter’s social position and the majority of London citizens.

The psychological portraits of the lower middle-class members were printed in newspapers and brought their author glory and acknowledgment.

Fyodor Dostoevsky, the Russian writer, called Dickens the master of writing capable of reflecting the modern reality. The novelists’ debut was the book “The Pickwick Papers” (1837). In this work, the genre sketches describing the characteristic features of English people and their amiable disposition were collected. Optimism and easiness of reading Charles’s texts attracted more and more readers.

The further short stories, novellas, and novels by Charles Dickens were successful. With short time intervals, the masterpieces of the world’s literature appeared. Here are some of them:

Charles Dickens’s first love was the daughter of the bank administrator Maria Beadnell. At that moment (1830), the young man was an ordinary reporter which the rich family did not appreciate. The spoiled reputation of Charles’s father (the former debt prisoner) reinforced the negative attitude to the potential fiancé. Maria went to Paris to study and, as she returned, she was cold and strange.

In 1836, the novelist married the daughter of his colleague. The young woman’s name was Catherine Thomson Hogarth. She made a faithful wife who gave birth to 10 children. However, the couple often quarreled. The family became a burden and a source of worries and constant tormenting for the writer.

In 1857, Dickens fell in love again – it was the young 18-year-old actress Ellen Ternan. The inspired novelist rented the apartment where they could see each other. This love affair lasted until Charles’s death. The movie “The Invisible Woman” created in 2013 is about the beautiful relationship between the art persons. It was Ellen Ternan who later became the main Dickens’s legatee.

Because Dickens combined his stormy personal life and intensive writing, his health condition was getting mediocre. The writer did not pay attention to diseases and continued his hard work.

After the journey through the American cities (the literary tour), Dickens had even more health problems. In 1869, his legs and arms were numb for some periods. On June 8, 1870, Charles had a stroke. Next morning, the great classic passed away.

Charles Dickens, the greatest writer, is buried in Westminster Abbey. After his death, his popularity was growing, and people turned him into the idol of the English literature.

Today, Dickens’s famous quotes and books reach his readers’ souls and make them ponder about the life elements of surprise.

“In the little world in which children have their existence whosoever brings them up, there is nothing so finely perceived and so finely felt as injustice.”

“Heaven knows we need never be ashamed of our tears, for they are rain upon the blinding dust of earth, overlying our hard hearts.”

“No one is useless in this world <…> who lightens the burdens of another.”

“…lies is lies. However they come, they didn't ought to come, and they come from the father of lies, work round to the same.” 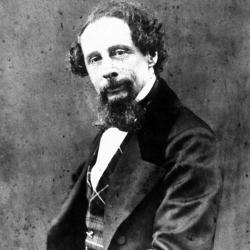