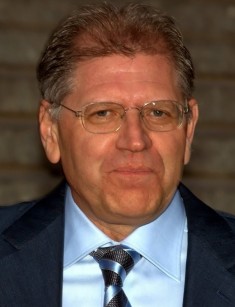 Robert Zemeckis is an American producer, scriptwriter, film director who became famous due to his movies "Who Framed Roger Rabbit", "Tales from the Crypt", "Forrest Gump".

Robert Zemeckis was born in May of 1952 in Illinois. The future director spent his childhood and youth in the suburb of Chicago. Parents of the boy belonged to the working class. All life of the family was concentrated on the only problem: how to earn money and how to make ends meet.

By words of Robert in his late interview at that time he thought he’d never get from the working class to some other world. There was no place for literature and art in the house of Zemeckis family. The son was brought up in strict Roman Catholic traditions because his parents were devoted to this tradition. His father was a native of Lithuania, and his mother had Italian roots.

Television was the only outlet and a source of inspiration for young Zemeckis. The boy had been looking at the screen as if it was a window to the other world.

There was a real turning point in Robert's life when a small movie camera of his father had fallen into his hands. The guy was looking through the camera lens at the world with great interest and filmed everything that he saw: family holidays, parents, home parties. Soon Robert Zemeckis began to film short-length amateur movies in which various special effects were combined.

Once a future film director saw the picture "Bonnie and Clyde" and understood that he wouldn’t dedicate his life to anything else except cinematography. His parents didn't approve his idea to enter the Film school. But their son was firm in his decision. The young applied to the School of Cinematic Arts at the University of South California.

At the university, Robert Zemeckis got acquainted with a future writer Bob Gale. Later this friendship had developed into close cooperation and joint scriptwriting.

During last years of studies, Zemeckis got the Student's Academic Award for his educational picture "A Field of Honor". The young director showed this work to Steven Spielberg who was impressed with his picture. He liked the art-work of the aspiring colleague so much that he decided to become his master.

Besides, the famous Hollywood director decided to produce first projects of Robert Zemeckis. Thus there were released his first projects "Back to the Future" and "Who Framed Roger Rabbit", scripts for which were written by Zemeckis and Gale.

Surprisingly, but cooperation with Steven Spielberg - the master of the world cinema hadn't brought Zemeckis special popularity even though Spielberg involved Zemeckis in the work on the script of his own project "1941".

In 80-s popular Hollywood actors began to appear in Robert’s movies. Kurt Russell and Jack Warden performed leading roles in the movie "Used Cars", but director gained the greatest popularity during this period of life due to the movie "Romancing the Stone". Director was involved in the working process on this picture by Michael Douglas in the middle of 1980-s.

Michael Douglas himself and Kathleen Turner played the major parts in this romantic melodrama. In spite of the pessimistic expectations, the project happened to be very successful. At last, public began to talk about Zemeckis as a film director. Working on this picture, Robert got acquainted with Alan Silvestri, the composer who later would write music to all the movies directed by Zemeckis.

After the first huge success, the inspired director began the shootings of the adventure picture "Back to the Future" featuring Michael Jay Fox and Christopher Lloyd in the main parts. This project had such positive feedback that Zemeckis shot two sequels which came out in 1989 and in 1990. The picture won 4 Academic Awards and earned a great box office.

In 1990 Robert Zemeckis was considered to be an unquestioning authority in the world of Hollywood cinema and a universally recognized star. It’s worth noticing the following pictures from the projects of that period – a comedy film "Death Becomes Her" with Meryl Streep, Goldie Hawn and Bruce Willis in the main parts, and a drama movie with elements of comedy "Forrest Gump" with Tom Hanks in the leading role. This drama brought Zemeckis 6 Academic Awards, one of which won the nomination for Best Directing.

In 2000 the adventure drama "Cast Away" again featuring Tom Hanks was released. This time the Hollywood star appeared on the screen as a character of the head of the large corporation who got to the desert island.

In 2000 the master was developing revolutionary digital shooting technique, investing huge amounts of money in this project. In 1999 Zemeckis invested $5 million in the Center of Digital Art which bears his name, at the University of Southern California. The official opening of the Center was in 2001. The director is sure that digital technologies of shootings will make the future.

In the new century, Robert Zemeckis shot a number of films, using innovative technology of computer animation which received the name of "motion capture". The sense is that the camera "captures" the movements of the actor and then use them for animated characters. Zemeckis visually demonstrated the new technique in his debut film "The Polar Express". This picture entered the Guinness Book of Records as it was the first animated movie in the world created in the technology of copying human movements.

Robert used the same technologies in the fantastic action movie "Beowulf" of 2007 where Ray Winstone, Anthony Hopkins, Angelina Jolie, John Malkovich performed the leading roles. Later, Robert Zemeckis used this technique in the movie " A Christmas Carole", which was a screen-adaptation of the book by Charles Dickens.

The director spoke of this plot as about his most favorite story of time travel. The movie tells a story about a rich cheapskate Ebenezer Scrooge (Jim Carrey) to whom have come the spirits of Christmas –the spirits of past, present, and future. Overnight this rich man changes his concept of life and becomes a completely different person.

During the last period of his creative biography, the director returned to his work on the drama pictures again. In 2012 he released the movie "Flight" about the pilot who managed to land the plane with the control system which was out of order. Denzel Washington played the leading role in this picture. The movie received a number of the nominations for prestigious awards including Academic Awards and the Golden Globe Awards.

Once the master of the Hollywood Film Academy confessed that 20 years ago he had paid for the Academy Awards received at the age of 44. He meant that during long years of his formation as a director his private life had taken the second place.

For the first, the director got married in 1980. Mary Ellen Trainor became Robert’s spouse and gave birth to his only son Alexander. But their marriage didn’t last for a long time. Young Robert had neither money, nor free time, nor personal life. Everything was taken away by his work to which Zemeckis was completely dedicated.

For the second time, Robert Zemeckis married in 2001 when he turned 49. The actress Lesley Harter became the spouse of the director. With her Robert Zemeckis at last found family happiness.

The director is so absorbed by his work that he has no spare time for communication with his fans through the social networks. Seldom, the photos of new movie posters of Zemeckis appear on Instagram.

The biographical movie "The Walk" about life of the rope-walker Philippe Petit and a romantic thriller "Allied" about the fate of two intelligence agents - Max Watan and Marianne Beauséjour (Brad Pitt and Marion Cotillard) who decided to become husband and wife - the above mentioned movies became the latest works in Zemeckis’s filmography. Now the director works on the picture "The Women of Marven" which premiere is expected in November 2018.

Robert Zemeckis has a net worth of $60 million. 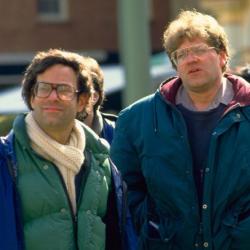