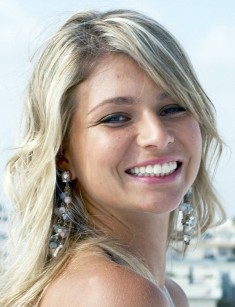 Maria Kirilenko is a sportswoman, a clever and a beautiful girl. She is a professional tennis player of Russian and world tennis, as well as her famous colleagues Elena Vesnina, Maria Sharapova, Elena Dementieva. Tennis played the major role in the biography of the girl.

Maria Kirilenko was born in January, 1987 in Moscow region. Olga's mother wanted her daughter had an active way of life because the girl was chubby. At first, Maria attended the ballet school but soon the girl went to the dance school.

Maria liked dance classes and she also got awards, but she wasn’t a diligent student. Her father Yuri, who played tennis very well, took his daughter to the court. The sports school was located next to their house. The coach noticed the girl’s talent.

Seven-year-old Maria was sent to "Dynamo" school. Her mother quit her job and moved to the capital with her daughter. Her father also accompanied Maria during competitions and became a member of the team.

When the girl was 13 years old, her coach became an Honored Master of sports and a famous Soviet tennis player Elena Brioukhovets. Especially for Maria, there was a special training, thanks to which Kirilenko became the first in her age group and the second among youth.

Under the guidance of Brioukhovets, the girl won the US Junior Open Championship and won the WTA tournament, the first in her sports life.

Maria Kirilenko always had a good example and support of people who know tennis very well - Yevgeny Kafelnikov and Andrei Olhovskiy. At the age of 15, Maria won the Canadian Open and the US Open. These two victories allowed the athlete to climb the second stage in the ranking of juniors under 18.

In 2002 Maria made her debut at the adult competitions under the flag of the Women's Tennis Association in Bali. Then she participated at the Japan Open and at the championship in Pattaya.

In early 2003, the Russian woman got the title of the International Tennis Federation in the USA. In the summer of the same year, Kirilenko for the first time participated in adult competitions of the Grand Slam at the US Open. She lost only to the Frenchwoman Amélie Mauresmo, the 6th racket of the world. A year later, Maria got the top 100 in the world ranking of the best tennis players.

In 2004, the athlete participated at the Birmingham Classic, the French Open, and Wimbledon in England. In 2005, there were open championships of the Australian continent and Qatar. Maria became the winner of the Indian Wells Masters and along with Anabel Medina Garrigues got to the final match of Internazionali BNL d'Italia. At the Chinese Open, Kirilenko defeated Maria Sharapova and won the first WTA title. At the end of the season in 2005, Maria became the 25th in the ranking.

Her height is 174 cm and weight is 61 kg. She won the Sunfeast Open tournament in India, Al Habtoor Tennis Challenge in Dubai in 2007. Then there was a double triumph (personal and along with Flavia Pennetta) at Estoril Open and at Barcelona Open.

The athlete was close to the personal triumph in Cincinnati in 2008, but she lost. At the end of 2008, Kirilenko won at the Seoul KDB Korea Open. Then Maria Kirilenko won at the Kremlin Cup along with Nadezhda Petrova. For the first time, she reached the quarterfinals of the Grand Slam in singles at the Australian Open 2010. At in the Premier League 5, she lost only to Serena Williams.

At the Australian Open in 2011, Maria got to the women’s final along with Victoria Azarenka and to the 1/2 along with her colleague from Serbia Nenad Zimonjić. In France, the tennis player got to the quarterfinals in doubles. At the same tournament in the United States, she lost to Samantha Stosur.

In 2012-2014, the tennis player won the main prize at the Miami Masters, got to the final of Roland Garros. She also played in the quarterfinals at Wimbledon for the first time. At the London Olympics, Maria won bronze together with Nadezhda Petrova. At the end of the WTA Tour, she again won along with Petrova. During her sports career, Maria was the 10###sup/sup### in the world ranking in singles and 5###sup/sup### in the doubles, won 6 personal titles in WTA tournaments and 12 in pairs.

Maria is a happy wife and has a son Mikhail. In September 2017, the tennis player gave birth to a daughter. Her husband, Alexei Stepanov, is a Ph.D. in economics, worked in the Moscow government in the committee of state services. In 2015 he became a businessman.

Back in 2014, Maria took a break because of injuries, and after the wedding said that she was not going to return to the court because she wanted to devote time to her family. By the way, the wedding of Kirilenko was a surprise for many people, because Maria for 3 years had relations with the NHL star Alexander Ovechkin.

Their break up was painful and the hockey player didn’t attend the wedding.

Maria opened a children's tennis school in Zhukovka at the Pride Wellness Club. The children of celebrities such as Sasha Plushenko and Bogdan Samedov also attend this school.

Maria teaches children and posts photos and videos on Instagram.

• 2004 - winner of the Open Saint-Gaudens Occitanie

• 2012 - bronze medal at the Olympic Games in London in doubles 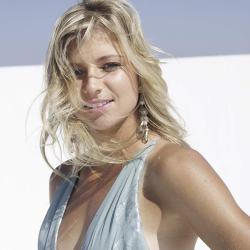