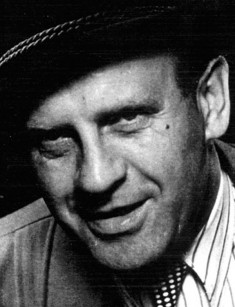 Oskar Schindler was a German industrialist and manufacturer who saved 1200 Jews during the World War II: he transferred the Holocaust victims to his own factories in Poland and Czechoslovakia. Schindler is the main character of the book Schindler's Ark and the movie Schindler's List.

Oskar was born on April 28, 1908, in a Czech town Zwittau, Austria-Hungary. The boy’s parents, Hans Schindler and Franziska Luser, moved from Vienna to the northern part of the country. In 1915, Oskar’s sister, Elfriede, was born.

Due to the dissolution of the Austro-Hungarian empire, Oskar’s hometown got under the governance of Czechoslovakia.

After the young man graduated from school, he entered a technical college in Brno. He did not pass the final exam and began to work in his father’s company that sold agricultural machines and equipment. Young Oskar led a care-free life; he was fond of motor racing. In 1928, after the marriage, the man started working for Moravian Electrotechnic; its main office was located in Brno.

Schindler worked in the city driving school and served in the Czech army for 18 months as Lance-Corporal. After that, he came back to his job at Moravian Electrotechnic. In 1931, the organization closed, and the man had to go to the capital of Germany to earn his living. The next year, Schindler returned and engaged himself in agriculture as well as banking at Jaroslav Simek Bank; besides, he worked in the sphere of construction. As Oskar earned the profits, he built a mansion in Brno and decorated it stylishly.

By the beginning of 1938, Oskar Schindler had joined the Nazi intelligence service Abwehr. Later, he was imprisoned for six months on charges of the Czech secret police. The industrialist was released after the Munich Agreement with Hitler was signed and the region joined Germany.

Schindler joined the National Socialist German Workers' Party at once; by the beginning of World War II, he owned an enamelware factory in Kraków; it was re-equipped to produce arms.

Initially, only seven Jewish employees worked for Schindler; because they were the cheapest workforce, the man tried to involve them more. When the Jews were sent to concentration camps, Oskar managed to defend his workers.

In 1942, Schindler realized how horrible the situation in concentration camps was and decided to protect the oppressed people. Together with Itzhak Stern, the accountant who worked in his factory, Oskar invented a scheme: he bought the Jews who were condemned to death in the Kraków-Płaszów concentration camp and hired them to work at his factory.

In three years, the industrialist saved 800 men, 300 women, and 100 children; he spent 2.6 million Reichsmarks. In 1943, Schindler rescued his workers from the execution that should have taken place after they visited the SS Reichsführer Himmler’s factory. In December 1944, Oskar Schindler saved people from Auschwitz ovens and dared to carry out a dangerous rescue operation: he removed the Jews to the safe territory of his own factory in Brněnec.

The Soviet Army entered Brněnec in May 1945. By that time, Oskar Schindler and his wife had left: as the Nazi, he had to hide from those who defeated Germany. The industrialist pretended to be a fugitive Jew and got to the neutral American territory.

Soon, Schindler and his wife went to Switzerland; the Jewish organization Joint helped him survive. Three years after the war ended, the man moved to Argentina; the spouses were welcomed in a Jewish community that gave the former savior a house and some land in São Vicente.

Schindler began to breed nutrias, but the business failed. In 1958, Oskar took 100 000 marks and came back to West Germany, alone. He tried to restart his business, but all of his projects failed.

In 1927, Oskar Schindler married Emilie Pelzl who came from Alt Moletein and was one year older than her husband. The young woman’s parents gave a good dowry: 100 000 Czech crones. The couple bought a car; the rest of the money disappeared: Oskar wasted them. The man was a womanizer and had numerous affairs. Schindler’s former classmate Aurelie gave birth to his two children, the son Oskar and the daughter Emily.

During the war, Emilie took an active part in rescuing Jews and helped her husband maintain contacts in the SS top echelons. After the war, the woman got pregnant but miscarried which resulted in infertility. In the late 1950s, Oskar left his wife his debts and went to Germany. Emilie had to sell her property and settle in an apartment in the suburban area; she worked as a salesperson until her death.

In his last years, Oskar lived in poverty: he received payments from the Jewish society and a small state pension; some doctor gave the old man a shelter. 66-year-old Schindler died of an oncological disease on October 9, 1974, in Hildesheim.

According to his last will, the man was buried in an old Catholic cemetery in Jerusalem, at the foot of Mount Zion. Today, the offspring of the saved Jews visit Schindler’s grave every day and bring flowers and stones in gratitude. Schindler is the only Nazi who had the honor to be buried in the Holy Land.

At the beginning of the 1980s, an Australian writer Thomas Keneally created a book Schindler’s Ark based on the story he had heard from a Jewish man, Poldek Pfefferberg, saved by Oskar Schindler. In 1982, the novel won the Booker Prize; movie-makers took an interest in the biography of the German industrialist.

The Hollywood director Steven Spielberg began to work on the screen adaptation of the novel. In 1993, he presented his war drama that won seven Academy Awards. Liam Neeson who played the lead role received the Academy Award for Best Actor. Today, the movie remains one of the masterpieces in the world’s cinematography.

In 2001, a Czech historian and writer Jitka Gruntová created a book Legends And Fact About Oskar Schindler based on the original documents and photos from the industrialist’s file. She found the evidence that denied Schindler’s involvement in the rescue of 1200 Jews. Marcel Goldberg created the only document that confirmed some people were saved. It was discovered that only those who could find a particular sum of money were included in the list.

Besides, in a documentary movie, Oskar Schindler himself mentioned that he transferred the factory further from the line of the front according to the commands of the German government, bot because he decided to evacuate the Jews. Thus, Czech Academy of Science excluded the name of Schindler from the list of the outstanding people of Pardubice Region. 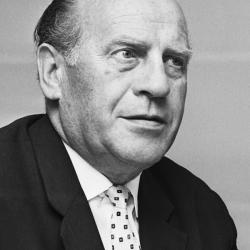