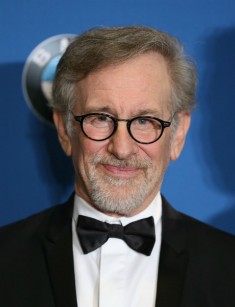 Steven Allan Spielberg is the most successful Hollywood director, screenwriter, and producer. He has shot 20 box-office movies, which got $ 8.4 billion. He has three Oscars.

Steven Spielberg was born in a poor Jewish family on December 18, 1946. The boy‘s birth town was a provincial Cincinnati in Ohio. Father Arnold worked as an engineer and specialized in computers, his mother Leah was a concert pianist. There were four children in the family and the mother had to give up her career in order to raise them.

Little Steven spent his childhood with his own sisters Nancy, Sue, and Anne, who later became a movie actress. The family moved several times: first in New Jersey, and later in Arizona. Steven went to school in Scottsdale.

Spielberg was the only Jew in the class. This fact caused him problems. At that time anti-Semitic attitudes were spread among schoolchildren, so they often offended the future celebrity. At the same time, there was an atmosphere of care and love at home. Parents accepted the son as he was. They did not try to change him and gave him freedom.

From an early childhood, Steven Spielberg was interested in filming, that is why the parents made him a gift that influenced the future fate of Steven. It was a portable 8-millimeter camera, with the help of which the future director immediately began to shoot short films.

Little Stephen tried to shoot "bloody" horror films, using cherry juice; scenes of the invasion of inhabitants from another planet, dressing sisters in the costumes of extraterrestrial beings. Once the child managed to shoot the historical drama about the war. Steven used crackers as special effects and even set the curtains on fire.

At the age of 12, Spielberg participated in the youth festival of amateur films being a student at the California State College. The work "Escape to Nowhere" took the first place. The roles were performed by the boy's relatives.

A few years later Steven Spielberg finished the film "Firelight " about kidnapping people by aliens. The movie was financed by the parents of the young man and it was even shown in the local cinema. The expenses on shooting amounted to about $ 600, Steven's mother fed the film crew free of charge, and his father made decorations. Since the cinematographic biography of Spielberg has begun.

When Steven Spielberg was 19 years old, the young man made two attempts to enter a cinematic arts school at the University of Southern California. Both times he failed with a note in the resume "lack of talent". But the young man continued to dream about cinema. Spielberg was not in despair and entered the technical college. During the studying, he shot a 26-minute movie "Amblin’". The movie was noticed by the representatives of the film company Universal.

The well-known company has signed a contract with a guy. Initially, Spielberg worked on the shooting of the series "The Psychiatrist", "Night Gallery", "Colombo. Murder by the book", "Something Evil, "and in 1971 he had already created a small catastrophe film "Duel" with one actor.

The movie received good reviews, and in 1974 the producers of the "Universal" offered the beginning director to shoot the debut full-length crime drama "The Sugarland Express" with Goldie Hawn in the main role. This film was also warmly received by the spectators, but the horror film "Jaws" brought the real fame to Spielberg. It was released in 1975 and the film held a record at the box office for several years. Later, three sequels of the legendary film were shot, but without the participation of Spielberg.

After the financial success of "Jaws”, the producers became interested in the idea of a young filmmaker to create a film about alien creatures. So he shot popular science films filled with real miracles, incredible adventures, primitive fears such as "Close Encounters of the Third Kind" (1977) and "E.T. the Extra-Terrestrial" (1982). The first film got $ 300 million at the box office, the second brought $ 700 million to the creators.

In 1979 Steven Spielberg tried his own forces in the genre of comedy and shot the satirical comedy "1941". In 1981 an adventure thriller with Harrison Ford in the main role "Indiana Jones and the Raiders of the Lost Ark " became the highest-grossing film of the year, collecting $ 400 million at the box office. Later, he shot 3 more parts of the franchise, the last of which was released in 2008.

In 1984 the director organized the film company Amblin Entertainment, which released more than one hundred movies with the participation of Spielberg, such as “Back to the Future” (1985), “Who Framed Roger Rabbit” (1988), “The Mask of Zorro” (1998).

The historical drama about the Holocaust victims "Schindler's List" (1993) with Liam Neeson in the lead role won seven "Oscars", including those for the best direction. In 1998 Steven Spielberg returned to the military theme. He shot the movie "Saving Private Ryan", where Tom Hanks played the main part.

Besides directing Steven Spielberg has actively participated in the shooting of numerous projects as an executive producer, screenwriter, and an actor in the episodes of his own films.

In 1976, Spielberg began to meet with American actress Amy Irving. This relationship lasted for three years, then Amy left him for another man. A few years later the couple reunited and their wedding took place in 1985.

In this marriage, they had the son, Max Samuel. In 1989 the couple divorced, Irving received an immense compensation of a hundred million dollars. It became the third most expensive divorce of all time.

The director married the second time in 1991. Spielberg's personal life has not changed since then. Actress Kate Capshaw has become his wife and she played in the second part of Indiana Jones’s adventure. Spielberg and Capshaw had close relations since the mid-80's. In 1990 Kate even gave birth to Steven's daughter Sasha.

The couple had son Sawyer (born in 1992) and daughter Destry (born in 1996) in a legal marriage. Altogether the Spielbergs have seven children because Kate had a daughter Jessica from the previous marriage and adopted the boy, Theo. Steven's son from the first marriage also lived with them. In 1996 the couple adopted a girl Mikaela.

All children are somehow connected with art. Jessica played in “Grey’s Anatomy”, Max creates video games, Sasha and Theo are musicians, and Sawyer is a theater actor. The youngest daughter Destry began her modeling career and signed a contract with DT Model Management at the age of 19. The girl posted her first photos in the Instagram in 2016 and received rave reviews from subscribers.

In 2016 Steven Spielberg released a family film in the fantasy style "BFG". It tells about the friendship of the little girl Sophie (Ruby Barnhill) and the big good giant (Mark Rylance). The friends go to the Land of Giants in the film. The same year he began to shoot the popular science film "The First Player to Prepared" about the people of the future, whose life is built around computer games. The premiere is expected in the near future.

In May 2017, the filmmaker began to shoot the dramatic thriller "The Post". He invited Hollywood stars Meryl Streep and Tom Hanks for the main roles. The film shows brave New York correspondents that published secret Pentagon data about the war in Vietnam.

Nowadays Steven Spielberg is preparing for the shooting of the adventure film "Indiana Jones - 5". The director is planning to create such films as "The Kidnapping of Edgardo Mortara" and "It's What I Do: A Photographer's Life of Love and War" with Jennifer Lawrence in the lead role. 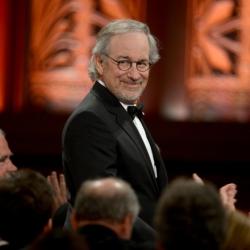