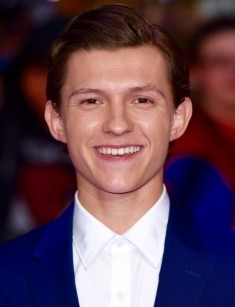 Tom Holland is a British actor and dancer. He became famous thanks to the role of Spiderman. Despite his young age, the actor is a picture of success: the projects where he starred proved to be globally famous, and he is the symbol of superhero action movies.

Tom Holland was born on June 1, 1996, in London. His family is close to art: the father is a famous British comedian, and the mother is a popular London photographer. Tom has three younger brothers who saw him as their role model.

Holland went to a preparatory school in Wimbledon; in 2008, he entered the college. As a student, Tom took an interest in dancing: he attended a dance school and participated in prestigious regional contests. At ten, the boy danced hip-hop so excellently that he was invited to the auditions. In the rainy morning, Tom and his parents came to the theater and saw a long queue of candidates. Holland thought he had no chance because he had never danced professionally. The director had a different opinion and selected the teenager, even though he had no experience. Nowadays, Tom has not lost his skills: he is still a good dancer.

Tom Holland danced for two years and went to eight auditions before he was accepted to the troupe. The artist’s theater debut took place on September 2008 when he played Michael in Billy Elliot the Musical. Since that time, Holland has given 180 performances.

In 2012, Tom entered BRIT School in London; Adele, Amy Winehouse, Kate Nash, and other stars used to study there.

Tom took the first step into the world of cinematography in 2011 when he voiced a character in a Japanese cartoon. The next year, the actor got the first role in the movie The Impossible. Lucas Bennett was so brilliant and convincing that Holland was nominated for various awards 18 times; he won eight prizes.

The father was proud of his son. In his interviews, he said he had tried to conquer Hollywood at 20, but he managed to step on the red carpet thanks to his son.

Soon, Tom Holland played Isaac in the war melodrama How I Live Now. 2015 brought the movie In the Heart of the Sea; Holland personified a ship-boy Thomas Nickerson. The same year, the actor appeared in episodes of the British series Wolf Hall.

The role of Spiderman was the actor’s triumph. For the first time, Holland played this character in 2016: in spring, the premiere of the blockbuster Captain America: Civil War took place. Directors promised to surprise the audience with the new adventures of the superhero known all over the world. This project became the turning point in Tom’s career.

As the movie was shot, Robert Downey Jr. gave the actor some recommendations. According to Tom, the actors who participated there had much experience which should be used for future roles. Holland described his teacher:

“He is someone at the top of his game, at his peak. He is 10 minutes early every day, he shakes everyone’s hand before working, he’s polite, and he’s kind, and he’s hardworking and, above all else, he’s respectful. For me, it was an eye-opener that it doesn’t matter how successful you get, you should always remain the same and respect others.”

The young man added that Avengers were nice people.

2016 was also marked with the movies Pilgrimage, The Lost City of Z, and Edge of Winter; the actor had the lead roles in all of them.

Tom Holland thoroughly keeps his personal life secret. However, the paparazzi discovered some facts and revealed the pictures where the pretty blonde, Elle Lotherington. The young people met at BRIT School: Elle was one of the students there.

In his interviews, the artist mentioned he had a girlfriend, but he did not reveal her name. Today, the happy couple does not hide their romantic relationship: they go on vacation together and visit parties and movie premieres.

In 2017, Tom visited Russia: the actor appeared in the TV show Evening Urgant. He talked about the challenges that he had while acting in the movie and emphasized how glad he was when he learned what role he was offered.

In 2017, the movie Spider-Man: Homecoming was released. Holland’s appearance and, moreover, the lead role surprised the TV audience: Marvel fans criticized the British actor and claimed that Tom’s physical parameters (his height is 173 cm.) had nothing to do with that character. Nevertheless, Tom tried on Spiderman’s costume and successfully played the role.

The contract with Sony Pictures implies the actor should appear in movies about Spiderman and related Marvel movies, such as Avengers. The number of movies where the artist will play is unknown.

Today, Tom Holland has many offers. He exercises every day to prepare for new projects, such as the 2018 movie Avengers: Infinity War, and uses the equipment that is several times large than himself. The actor often posts photos on his Instagram. He is in excellent shape: training has become his routine, and Tom goes in for sports even when he is on vacation.

In June 2017, Holland appeared in a commercial: Spiderman was getting his driving license and beat offenders in a new Audi ad. The video was presented on the MrSlyDar YouTube channel and had 320 000 views in the first days. Tom Holland personified Peter Parker who had a driving exam; he presumably borrowed an Audi from his “friend Tony.” As some culprits were rubbering a bank, the hero fought them and wrapped them with his cobweb. The audience liked the video and called it a full-fledged Hollywood movie.

In 2019, the actor will appear in the movies that promise to be successful: Spider-Man: Far from Home, Chaos Walking, and Uncharted. 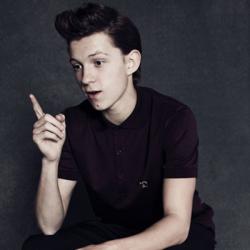