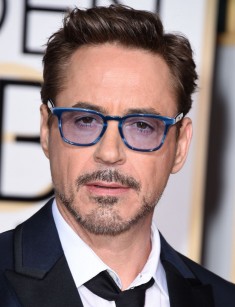 Robert Downey Jr. is an American actor, producer, and musician. He is famous for his roles in the sci-fi action movie "Iron Man" and the adventure film "The Avengers".

Robert Downey Jr. was born on April 4, 1965, in the family of the director, actor, and producer Robert Downey. The mother of the future celebrity is an actress Elsie Ford. Downey Sr. is of Irish and Russian-Jewish ancestry, and the actor's mother is of Scottish and German ancestry.

Already in his early childhood, Robert was engaged in acting. The boy participated in his father's projects. His acting career began when Robert was 5 years old. He played a sick puppy in the film "Pound", released in 1970. At the age of 7, the actor played in "Greaser's Palace", and at 10, he was engaged in classical ballet in England. And that was a part of his education. In youth, Robert Downey Jr. studied in New York at the Stagedoor Manor Performing Arts Training Center.

In 1978, his parents divorced. Robert moved with his father to California but soon realizes that to continue his acting career he should go to New York.

When Robert Downey Jr. was 20, he understood once again that he wanted to be an actor. The man worked on television, and in 1987, he got the main role in the youth comedy "The Pick-Up Artist". The charismatic actor was called into new comedy projects. He also appeared in the role of a difficult teenager in the film "Less than zero."

In 1992, Robert Downey Jr. played Charlie Chaplin in the film of the same name. Now the American is considered a serious actor. Robert was even nominated for Oscar and Golden Globe but the competitors that year were stronger. Oscar went to Al Pacino for his work in “Scent of a Woman”.

And now, since 1992, Robert was a promising actor. Directors invited him to star in their films. Unfortunately, at that time the American was addicted to drugs and even got into prison. He violated public order, driving naked. In the blood of the actor, heroin and cocaine were found. And just because of his girlfriend, Downey gave up drugs.

Almost all his roles were positively accepted by critics. For example, such films as "Kiss Kiss Bang Bang" and "Fur" with Nicole Kidman got positive reviews. The actor played a man completely covered with hair.

The American became famous after starring in the franchise "Iron Man". In addition, today the favorite character also appeared in "The Avengers". These films are the main works in the actor's creative biography. In future, these movies became series and the viewers were waiting for the continuation of their favorite films.

In 2008, Downey Jr. was again nominated for Oscar and Golden Globe for his role in “Tropic Thunder” by Stiller. In 2009, Robert played Sherlock Holmes in the film by Guy Ritchie.

After the release of these films, the actor's photo appeared on the covers of the best magazines on the planet. The American became popular on the Web with the spread of the meme called "Robert Downey Jr." ("Your Face When"). Thousands of users create such memes, which have already become part of the Internet.

On the Instagram and other social networks, the followers are interested in the height of the actor because many who have watched the film "Iron Man" suggest that Robert is a tall man. In fact, the American film actor has an average height of 174 cm.

Robert met Sarah Jessica Parker in 1984 on the set of the film "Firstborn." The American press followed the relationship of the two young and hopeful actors. However, Sarah Jessica was mentioned as a friend of the famous actor. The woman loved Robert too much to envy. The only significant problem for the continuation of their relations were drugs. The girl asked Downey to give up drugs but the actor did not listen to her. At the age of 8, Robert found out what marijuana is, because he grew up in a rather bohemian environment. After 7 years of relations, Robert Downey Jr. and Sarah Jessica Parker broke up.

Since 1992, the actor was married to Deborah Falconer. They have a common son Indio, who was born in 1993. But the couple broke up because of drugs.

In order to marry his second wife, Robert Downey Jr. gave up drugs. The actor's wife is a producer Susan Levin. They got married in 2005. They met on the set of "Gothika". In 2012 and 2014, their common children were born: the son Exton and the daughter Avri.

In 2017, the media reported that Robert Downey Jr. will play a doctor in the film by Richard Linklater. It is assumed that the actor will play the main role in the film, which will tell the story of a charlatan John Brinkley.

The film is based on real events. Robert's character achieved success and fame in the first half of the 20th century. He used pseudoscience and broadcasting technology in order to become rich. Dr. Morris Fishbein, the editor of the Journal of the American Medical Association, organized his own investigation against the charlatan. The creators have not publicly announced the name of the film.

The release of the film, where Robert Downey Jr. will play another "doctor", will be in 2018. The actor stars in the film of the Avengers franchise. The filmmaker and screenwriter of the film will be the Oscar-winner Stephen Geigan. The film will be based on a series of books for children about a doctor who can talk with animals, written by Hugh Lofting in the 1920s. According to the American press, the film will be called "The Voyage of Doctor Dolittle". In 1998, the Fox studio already produced the film about an eccentric doctor, whose role was played by Eddie Murphy.

In 2018, the film "Avengers: Infinity War" will also be released. The directors promise that the American superhero film will not be like the previous parts of the film.

It is known that Robert Downey Jr. will also be the director of the television series called "Singularity." The main role in the picture will play Anthony Michael Hall. Also, the wife of the director Susan Downey is working on the series.

There are no other details about the new project. Earlier, Hall and Downey Jr. were already working together. Actors starred in the movie "Johnny Be Good" in 1988.

In March 2017, a new trailer of "Spider-Man" was released. The creators of the movie "Spider-Man: Homecoming" showed the fans 3 new posters, and also presented a new trailer.

The film tells the story of an ordinary pupil Peter Parker (played by Tom Holland). He acquired special abilities after the bite of a radioactive spider. With "great power comes a great responsibility," as Peter’s Uncle Ben said. As a result, the young man decided to become a hero and to help people. In this movie, Spider-Man in the company of other superheroes helps people and also fights against evil.

In 2016, the media reported that Leonardo DiCaprio and Robert Downey Jr. will shoot in the film about the Iranian Sufi poet Jalaluddin Rumi. It is assumed that the screenwriter David Franzoni, who received Oscar for the cult film “Gladiator”, has already begun work the biographical film.

According to the creators of the film, the film can break the stereotypes about Muslims. The directors of the feature film argue that there are many reasons why it is necessary to release the film about the Sufi poet.

According to Franzoni, Rumi's life resembles the life of Shakespeare. The works of the great Sufi has great importance for the whole world. Nevertheless, critics believe that DiCaprio doesn’t look like the poet who was born in Afghanistan. And Robert Downey Jr. is not suitable for the role of Shams al-Din, who, unlike the American actor, did not have a light skin color. 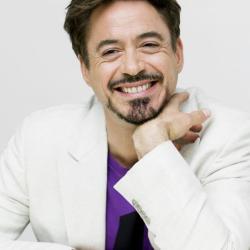