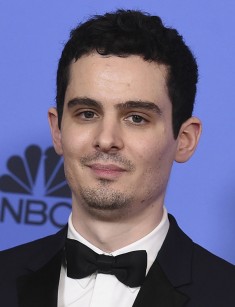 Damien Chazelle is the rising star among Hollywood directors. In 2017, when he was 32, Chazelle won his first Academy Award which made him the youngest director who has ever received the prize from movie academics. More than that, Damien Chazelle has been the laureate of this prestigious award twice (Best Original Screenplay). Overall, his two full-length movies had 19 Oscar nominations.

Damien is a director, cameraman, scriptwriter, and producer; he also tried himself as an actor. Chazelle’s talent stands out for the original interpretation of the material, plot integrity, dialog consistency, and the atmosphere of movies.

Damien Chazelle has always followed the path of his dream and ignored other people’s skepticism and social trends. The future director was born in 1985 into an intelligentsia family of teachers. His mother is American, and the father is French; Damien has a sister.

The boy loved cinematography passionately but dreamed of becoming a professional musician. Although he had no outstanding musical talents, he compensated it by hard work and determination. As Damien collaborated with demanding and honest teachers, he finally realized that his attempts were futile, and threw himself into his second favorite activity, movie making.

Chazelle’s famous movie Whiplash was based on the personal story of the relationship between a student and a teacher who encouraged to go beyond one’s limits.

From the very beginning of his movie career, Chazelle dared to take responsibility for big projects. Initially, he worked on several movies as a scriptwriter, yet he understood he wanted to create his own stories, not write the details of someone else’s ideas. Besides, Damien felt intuitively the stories he worked on should have been written and directed in a different way.

Chazelle wrote the script for the movie Whiplash as an experiment, but the work turned out to be too personal. The project was taken away. One day, Damien told producers about his old idea and received a small budget; he had the short movie released. As soon as producers watched it, they approved the high-budget full-length movie Whiplash that brought the director five Academy Award nominations. Damien became famous in a blink of an eye.

Although Chazelle’s filmography is still brief, each movie is a masterpiece. The director is famous for two genius movies, Whiplash and La La Land, and several independent projects.

In his interviews, Damien told journalists that the idea of the classic-1950s musical came to him and his dormitory neighbor from a music school when they were 17. They were pinning photos of old Hollywood actors and actress, their costumes, shooting locations, and iconic pictures. In other words, the young people collected and analyzed legendary old musicals and artistically turned them into a modern piece of art. The movie exceeded everybody’s expectations.

La La Land came out in 2016. People all over the world loved it for brightness, kindness, and inspirational story. The musical had everything: love, fearless dreams, the anticipation of the future, break-ups, and problems with solutions. The poster pictured the lead actors dancing on the background of a lilac sunset and promised a magic and romantic movie.

The triumph was marred by the unpleasant accident: the musical creators received the award for Best Picture by mistake, and the movie Moonlight was the winner. The situation was solved soon, and the award ended up with its winner. However, the musical crew including Chazelle was disappointed.

First Man, the screen adaptation of the book about the astronaut Neil Armstrong, is the director’s recent work. The Canadian actor Ryan Gosling got the lead role. The movie was premiered in 2018.

Damien used to be married to his university girlfriend Jasmine McGlade. The marriage lasted for four years.

The next year, Chazelle started dating the actress and business-lady Olivia Hamilton. Damien and Olivia were together for two years and married in September 2018. 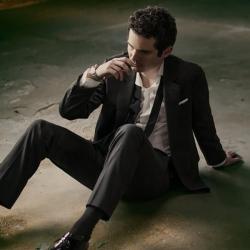