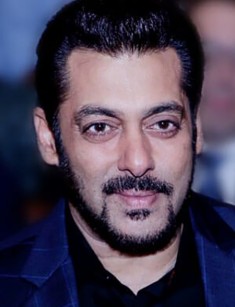 Salman Khan is an Indian actor and producer. The man combines the image of a bad guy, heartbreaker, and hero. Salman starred in hundreds of films. The actor got a lot of awards as the best actor and sex symbol.

Salman Khan was born on December 27, 1965, in Indore, Madhya Pradesh, India. His father Salim Khan is a screenwriter, and his mother is an artist Salma Khan. Later, his father married for the second time - the famous dancer Helen Ann Richardson.

His parents had different religions and the children from childhood studied them all: they prayed, read Koran, made puja, read Hanuman Chalisa and went to the Catholic priest once a week.

In such a family, Salman grew up as a creative person. His mother instilled an art taste, his second mother - a love of dancing, and his father helped him to get acquainted with the best directors. The family moved to Mumbai, where Khan still lives.

The actor played his first role in 1988, in the film "Biwi Ho To Aisi". The Bollywood star Bhanurekha Ganesant played the main role in this film. But it was not popular and got negative reviews.

In his native country, Salman became popular after starring in his second film "Maine Pyar Kiya" in 1989. The film is considered one of the most successful in Bollywood. Khan, who played the main role, was awarded in the nomination "Best Debut of the Year" and was nominated for the "Best Male Role" award.

In the 90s, the actor starred in a dozen of films. The most successful film is "Saajan." The film became a hit all over Asia and brought Salman a place in the top three most popular actors of Bollywood.

In 1994, the film "Hum Aapke Hain Koun..!" was released, where Khan played the main role. He played along with another Indian star - Madhuri Dixit. The film was very successful and is still popular.

The film "Pyaar Kiya To Darna Kya" was released in 2001. It was supposed to become popular but the box office did not live up to expectations due to the scandal with the financing of the project. There were rumors that the mafia boss Bharat Shah gave the money for the shooting of the film.

Despite the cash loss, Salman was nominated in the category "Best performer of the main role". In 2006, the film "Shaadi Karke Phas Gaya Yaar" was released. The film tells about the owner of the garage Ayaan and the girl Akhane. Young people fall in love at first sight and soon got married. After the wedding, they discovered that their views on life are fundamentally different.

The successful film "Wanted" was released in 2003. The film was very successful in Asia and later became popular in Europe. Young people liked it thanks to the "classical" Indian special effects, which they found amusing.

The well-known film "Ek Tha Tiger" appeared on the screens in 2012. The film tells of a spy nicknamed Tiger, who fell in love with the dancer Zoya. Fans liked Salman in the role of Tiger. He combined strength, danger, and love, which made the film successful. In 2017, the continuation of the film "Tiger Zinda Hai" was released.

In 2014, the audience saw another action movie with the participation of Bollywood star - "Kick". He played along with Jacqueline Fernandez, Nawazuddin Siddiqui, and other Indian stars. Salman played the role of a drug addict who broke up with a girl and got involved in a gangster history.

The actor’s relationships have been of keen interest to the media and his fans. It is known little about Salman’s girlfriends before he became popular. His first girlfriend was the former "Miss India" Sangeeta Bijlani. The girl was 5 years older than the young man but this did not stop them from spending a year together.

In 1999, Salman began relations with Aishwarya Rai. The young people met at the shooting of the film "Hum Dil De Chuke Sanam." The Bollywood stars were together for two years. During their relationships, there were rumors about the betrayal of Khan, his bad behavior with Aishwarya. The girl's parents didn’t like the man, but Rai decided to go against the family.

After the relations with Aishwarya, the actor had several short-term relations that were not mentioned in the press. But there were Khan's photos with different girls on the Internet. His next "loud" relations were with Katrina Kaif. Their relations began in 2003. There were rumors that it was Salman who helped the actress to become popular. The couple broke up in 2010 but the young people remained friends.

2015 became difficult for the actor. On May 6, the court sentenced Salman to five years' imprisonment for drunk driving. He ran over the homeless man who spent the night on the street. The crime was committed in 2002, and the actor claims that he did not drive that day. The verdict was discussed in society for a long time, and the court accepted an appeal from the actor. On December 8, 2015, the Supreme Court of Mumbai acquitted Khan.

In 2017, there appeared rumors that the Bollywood star began relations with the Romanian TV host Julia Vantur. Later, the actor personally confirmed the relationship and said that he had serious intentions.

Now Salman is going to marry Julia. The couple plans a grand ceremony, where they will invite relatives, friends, and journalists.

He also participates in the filming of four movies, three of which will be released in 2018. In two films - "Fearless 3" and "Dancing Dad" - Khan acts not only as an actor but also as a producer. 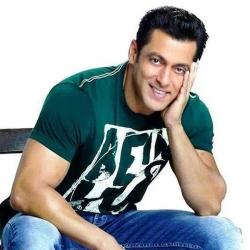