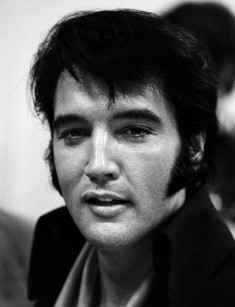 Elvis Presley is a singer and actor, “King of Rock and Roll,” a symbol of the American dream, which has become a reality.

Elvis Presley was born in the town of Tupelo, located in Mississippi. Vernon and Gladys Presley are Elvis’s parents. It is known that Elvis had a twin brother, Jesse Garon, who died immediately after the birth.

Elvis's father was uneducated. He took up any job that he could find. Thus, troubles with money did not allow the family to afford much pleasure. This situation worsened when Vernon was jailed for fraud for 24 months.

Elvis was brought up surrounded by religion and music. The boy regularly attended the church and even sang in the church choir. The radio was on all the time. The child listened to songs in country style, as well as traditional compositions. One day the young musician sang the folk song “Old Shep” at the fair and won a prize. Gladys gave the child the first guitar to encourage her son's interest in music.

In 1948, the family moved to Tennessee, where the father could easier find a job. The family settled in the city of Memphis. There Elvis got acquainted with African American music styles of blues, boogie-woogie, and rhythm-n-blues. Such a musical "school" influenced the singing style of the performer. Like many teenagers, Elvis spent a lot of time in the company of friends singing the famous country hits to the guitar. Most childhood friends will stay with him for a long time.

In August 1953, Elvis graduated from school and soon went to the offices of Memphis Recording Service to record a couple of songs as a gift for his mother. He chose “My Happiness” and “That's When Your Heartaches Begin.” After a while, the American recorded there another single, after which the studio owner, Sam Phillips, promised to invite the singer for a professional recording.

At that time, Presley worked as a truck driver and participated in all singing competitions and castings in musical bands, but they regularly refused him. The head of the Songfellows band told the future “King of Rock and Roll” that he did not have an ear for music.

However, in the summer of 1954, Sam Phillips got in contact with the singer and offered to participate in the recording of the song “Without You.” The result satisfied neither Elvis, nor the musicians, nor the owner of the company, who realized that this performer needed other songs. To calm down during the break, Elvis began to sing the song “That's All Right, Mama” but in a non-standard, expressive and unusual way. So, Elvis Presley’s first hit was created quite by chance. It was followed by the song “Blue Moon of Kentucky,” recorded in the same manner. The collection of these songs hit number four on the chart.

By the middle of 1955, the singer had already 10 songs. Each song received an enthusiastic response from young people, and music videos became popular in North America and Europe. The new style of music, created by Elvis Presley, got the effect of an exploding bomb. With the help of producer Tom Parker, Elvis signed a contract with the famous RCA Records. However, the terms of the contract were terrible for Presley, who got 5% of the sale fee.

Nevertheless, this studio released Elvis Presley’s famous songs “Heartbreak Hotel,” “Blue Suede Shoes, Tutti Frutti,” “Hound Dog,” “Do not Be Cruel,” “I Want You, I Need You, I Love You,” “Jailhouse Rock” and “Can't Help Falling In Love” and “Love Me Tender.” In America, he roused passion of the youth, the artist’s hits topped the music charts of America, and there were crowds of fans at every concert.

Presley is one of the few rock singers who were in the army while being at the peak of his popularity. He served in the third armored division, which was stationed in Germany. Nevertheless, during the army service albums with songs recorded in advance were released. “Hard Headed Woman” even topped the American chart.

After army discharge, Elvis and his producer focused on the cinema, and the records were just movie soundtracks. But the movies G. I. Blues, King Creole, Flaming Star, Wild in the Country and others were not top-grossing films, and albums with these films soundtracks were not very popular. But singles with non-Hollywood songs topped the charts over and over again. The rock star’s photo appeared on the cover of the best editions of the planet.

The albums His Hand in Mine, Something for Everybody, Pot Luck also had success as the singer continued successfully experimenting with musical genres, combining blues, gospel, country, and rockabilly.

The success of the next film Blue Hawaii played a low-down trick with Elvis Presley. Producer Tom Parker required only similar roles and songs in this style. Since 1964 people began to lose interest in Presley’s music, and soon his songs left the charts. Starting with the movie Speedway, the film budget was higher than the profit.

The last films were Charro! and Change of Habit, released in 1969. They tried to change Elvis’s image as the actor associated with one role, a hero of only romantic comedies. There were two good dramas, but the damage was already irreparable.

His musical albums had the same failure, which led to Elvis Presley's refusal to record albums. Only in 1976, they managed to persuade the singer to record a new song. The album was released, and the songs immediately returned to the top of the world charts. But Presley refused to record more songs, alleging the disease. The last album in the official discography of the "King of Rock and Roll" was Moody Blue, composed of previously recorded, but unreleased songs.

About 40 years have passed since then, but no one could beat Elvis Presley's record (146 songs in the Billboard Hot 100).

Serving in Germany, Elvis met Priscilla Beaulieu, who was 14 years old at that time. In 1963, the girl moved to America, and they began to meet regularly. Three years later, Elvis Presley proposed to the woman. The wedding took place in May 1967. In this marriage, Elvis had the only daughter, Lisa Marie, who would later become Michael Jackson's first wife.

Priscilla decided to break up because of her husband's publicity, depressions, and regular absences. Officially, the divorce was completed in 1972, although the couple did not live together for more than a year.

Since the summer of 1972, Elvis Presley was in a common law marriage with Linda Thompson, who had previously won the Miss Tennessee pageant. The couple broke up at the end of 1976. The last months of his life Presley’s girlfriend was an actress and fashion model, Ginger Alden.

It is known that Colonel Tom Parker was the best friend of the singer. He traveled with Elvis to concerts, as well as on tour around the country. Researchers of the musician's life and creative work claim that it was Parker who influenced Elvis's behavior, allegedly inspired the musician with a passion for money, made the celebrity selfish and overbearing. At the same time, the Colonel was the only person with whom Presley communicated during the last years of his life without fear of being deceived. Tom never betrayed Elvis, remained faithful even in hard times.

The beginning of the 1970’s was the most terrible period in Presley’s biography. Sonny West, the bodyguard, and biographer of the singer told American journalists that Elvis could drink three bottles of whiskey in the morning, shoot at the empty rooms of his house and scream from the balcony that they want to kill him. According to West, Elvis loved gossip, and also plotted with pleasure against the staff.

The cause of the death of the "King of Rock and Roll" has long haunted the minds of American people. On the morning of August 15, 1977, Elvis Presley visited the dentist, where he took a number of anesthetic and sedatives. He arrived at his Graceland estate after 12 o'clock at night and talked with the producer on the phone for a long time, discussing the details of the upcoming concert. Then he talked with his girlfriend Ginger Alden about the possible engagement.

The singer could not fall asleep, he took sleeping pills and read a book. He took another dose of pills after 12 o’clock at night and went to sleep in the bathroom, where there was such a possibility. Ginger discovered the body of the celebrity about two o'clock in the afternoon, and the ambulance officially recorded the death of Elvis Presley at 16 o'clock.

It is known that Elvis Presley’s friends earned millions of dollars after his death. The staff actively gave interviews after the death of the musician, published their memoirs, bought copyrights for some compositions of the singer. Even the dead Elvis earned an overwhelming income.

According to a survey conducted in the US, most Americans call Presley a symbol of the twentieth century, an embodiment of the fairy tale about Cinderella. 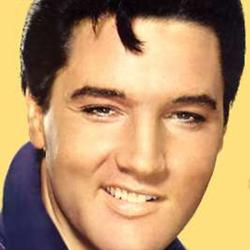