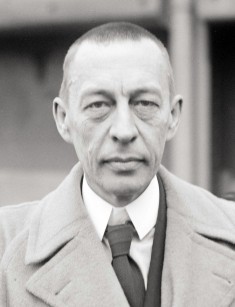 Sergey Vasilyevich Rakhmaninov is a great Russian composer also known as a pianist and composer. As a student, he created several Russian romance songs, the wide-known Prelude, Piano Concerto No. 1, and the opera “Aleko” staged in the Bolshoi Theatre; these works covered him with glory. Rakhmaninov synthesized two major schools of composing – Moscow and St. Petersburg schools – which helped him develop his own unique style, the jewel in the crown of the classical music.

Sergey was born in Semyonovo family estate house, Novgorod region, and grew up in Oneg that belonged to his father Vasily Arkadyevich, the nobleman. The would-be composer’s mother Lyubov Petrovna was the daughter of the Arakcheev Cadet Corps’ administrator. Rakhmaninov seemed to have derived his musical talent from the father’s line. His grandfather was a pianist and performed concerts in many towns of the Russian Empire. The father was also known as an excellent musician although he played musical instruments only in his friends’ company.

Sergey Rakhmaninov got interested in music since the early age. His mother was his first teacher and introduced the basics of notation to the boy. Later, Sergey was taught by a private piano teacher. At 9, he entered the elementary grade of Saint Petersburg Conservatory, but the overwhelming freedom turned out to be challenging for the young child who failed to resist the temptation and started playing truant. As Sergey Rakhmaninov explained to his family that he lacked discipline, the father had him transferred to the Moscow boarding school for musically talented children. The students were constantly looked after, mastered playing musical instruments for six hours per day, and were obliged to go to the Philharmonic Orchestra and Opera Theater performances.

As the man finished the conservatory, he began to teach young ladies in women’s institutes. Sergey Rakhmaninov taught piano as a private tutor as well, although he did not like being an educator. In the course of time, the composer became a conductor in the Bolshoi Theater: he worked with the orchestra when Russian stage performances were held. Another conductor, the Italian Ippolit Karlovich Al'tani, was responsible for foreign plays. When the October Revolution took place in 1917, Rakhmaninov did not welcome it and emigrated from Russia as soon as he had the opportunity. He used his concert invitation to Stockholm and never came back.

In Europe, Sergey Vasilyevich had no money or property, otherwise, the Soviet authorities would not let him out. He decided to give performances as a pianist. Concerts followed, and Sergey Rakhmaninov cleared his debts and earned a great fame. At the end of 1918, the musician went to New York by ship; he was met as a hero and a star. Rakhmaninov continued to tour in the USA as a pianist and, seldom, as a composer. He did not stop these activities until the end of his life. The Americans worshiped the Russian composer, and he was always followed by a crowd of photographers. Sergey had to play tricks to get rid of unwanted attention. For example, he rented a room in a hotel but spent a night in a railway car in order to confuse reporters.

Rakhmaninov became famous in Moscow when he was only a conservatory student. At that time, he created Piano Concerto No. 1, Prelude in C sharp minor which became his signature work for many years, and a wide range of Russian romance songs. However, the successful career was interrupted because of the Symphony No. 1 fiasco. After the performance that took place in Saint Petersburg concert hall, the composer had to face severe criticism and negative reviews. As a result, Sergey Vasilyevich stopped composing for three years. He was depressed and laid on a sofa all the time; he managed to overcome the crisis only after a hypnotist helped him.

In 1901, Rakhmaninov came back to work and created a new large piece of music, Piano Concerto No. 2. This opus is still considered to be one of the greatest classical musical works, and modern musicians mark its influence. For instance, the Muse frontman Matthew Bellamy created the songs “Space Dementia,” “Megalomania,” and “Ruled by Secrecy.” The impact of the concerto is traced in “The Fallen Priest” by Freddie Mercury, “All by Myself” by Celine Dion, and “I Think of You” by Frank Sinatra.

The symphonic poem “The Isle of the Dead,” “Symphony No. 2” that was a success in comparison with the first symphony, and “Piano Sonata No. 2” with its complex structure were fascinating. In the latter case, Rakhmaninov used the dissonance effect and developed its usage to the fullest. Speaking of the great composer’s works, one cannot but mention the magically beautiful “Vocalise.” This work was published as a part of the collection “Fourteen Songs” but it is usually performed separately today; it is the indicator of a performer’s mastery. There are various versions of “Vocalise” – not only the vocal, but also for the piano, violin, and other instruments including the orchestra.

After the emigration, Sergey Vasilyevich avoided creating significant works for a long time. Only in 1927, his Piano Concerto no. 4 and several Russian songs were released. In the last years, Rakhmaninov created only three works: “Symphony no. 3,” “Rhapsody on a Theme of Paganini” for piano and orchestra, and “Symphonic Dances.” It is peculiar that all of them are considered the top works of the classical music.

Rakhmaninov was an amorous person who often had feelings for the women surrounding him. Due to this emotionality, the composer’s Russian romance songs were so lyric. Sergey was about 17 when he met the Skalon sisters. The young man marked one of them, Vera, and called her Verochka or “my little psychopath girl.” The romantic feeling turned out to be mutual, yet purely platonic. The young man devoted his song “In the Silence of the Secret Night,” a romance song for cello and piano, and the second part of Piano Concerto No. 1 to Vera Skalon.

When Sergey returned to Moscow, he wrote numerous letters to the girl; about a hundred of them have survived. At the same time, the passionate young man fell in love with Anna Anna Lodyzhenskaya, his friend’s wife. He created his classic romance song “Oh no, I beg you, do not leave me!” for her. Before that, Rakhmanov met his future wife Natalia Aleksandrovna Satina – she was the daughter of the relatives who gave shelter to Sergey when he quitted the boarding school.

In 1893, Rakhmaninov realized he was in love with her and presented a new romance song “Do not Sing to Me, My Beauty” to her. Nine years later, Sergey Rakhmaninov’s relationship status changed: Natalia became his spouse. In a year, their elder daughter Irina was born. Rakhmaninov also had a younger daughter Tatyana who was born in 1907. However, Sergey Vasilyevich’s affectionate nature remained the same. The young singer Nina Koshetz was one of the legendary composer’s muses. He created several vocal arrangements for her. After the emigration, only the wife accompanied Sergey Vasilyevich in his tours; the composer called her “a kind genius of all my life.”

Although the composer and pianist used to spend time mostly in the US, he often visited Switzerland where he built a luxurious Senar Villa with a fascinating view on Lake Lucerne and Mountain Pilatus. The name of the villa was the abbreviation made of the owners’ names – Sergey and Natalia Rakhmaninov. The man embodied his interest to technical devices in the villa: one could find an elevator, a toy railroad, and even a vacuum cleaner which was a new device at that time. The composer also had a patent: he invented a special sleeve that was attached to a heater where a pianist could warm their hands before a concert. In his garage, there was a new Cadillac or Continental – Sergey Vasilyevich changed his cars annually.

Sergey Vasilyevich’s biography would be incomplete without mentioning his love for Russia. For all his life, the composer was a patriot; during the emigration, he surrounded himself with Russian friends, servants, and books. However, he refused to come back to the country since he did not recognize the Soviet regime. When fascist Germany attacked the USSR, Rakhmaninov was on the brink of panic. He began to send the money he had earned on his concerts to the Red Army and encouraged other people to do the same.

For all his life, Sergey Vasilyevich smoked a lot. This destructive habit is likely to have caused melanoma when he grew older. However, Rakhmaninov did not suspect he had an oncological disease; he worked until his last days and gave a grandiose performance in the USA a month and a half before his death. It was his last concert.

The great Russian composer died only three days before his 70th birthday. He passed away in his apartment in Beverly Hills, California, on March 28, 1943. 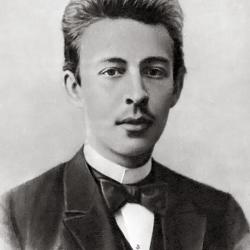