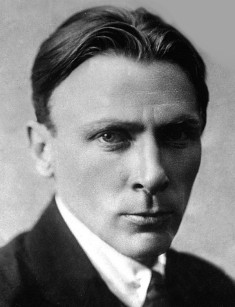 Mikhail Bulgakov is a Russian writer and playwright, the author of many works, which belong to classic Russian literature. It is sufficient to mention such novels as The Master and Margarita, The White Guard and the novella Diavaliada, Heart of a Dog, Notes on The Cuffs. Many books and plays by Bulgakov were filmed.

Mikhail was born in Kiev in the family of professor and theologian Afanasiy Ivanovich and his wife Varvara Mikhailovna, who was engaged in the upbringing of seven children. Mikhail was the oldest child. He helped his parents with the household. Brother Nikolai became famous as a life scientist, Ivan was famous as a balalaika musician in emigration, and Varvara was known too. By the way, it was she who inspired Bulgakov for Elena Turbina in the novel The White Guard.

After graduating from the gymnasium, Mikhail Bulgakov entered the Medical Faculty of the University. His choice was connected only with mercenary interests because both uncles of the future writer were doctors and they earned very well. For a boy who grew up in a large family, this detail was important.

During the First World War, Mikhail Afanasyevich served as a doctor in the front, later he worked as a doctor in Vyazma, then as a venereologist in Kiev. In the early 1920’s, he moved to Moscow and began his literary career, first as a columnist, later as a playwright and theater director of the Moscow Art Theater and the Workers' Youth Theatre.

The first published book was the novel Chichikov's adventures, written in a satirical manner. It was followed by partially autobiographical Notes on The Cuffs, the social drama Diavaliada and the first major work - the novel The White Guard. Surprisingly, Bulgakov's first novel was criticized by everyone. The local censorship called it anti-communist, on the contrary, the foreign press stated that it was loyal to the Soviet regime.

Mikhail Afanasyevich wrote about the beginning of his medical activity in the collection of short stories Notes of a Young Doctor, which people still read with great interest. One of the most prominent stories is Morphine. One of the author's most famous books Heart of a Dog is connected with medicine too, although it is a satire of the Soviet regime. Then he wrote the fantastic story Fatal eggs.

By 1930, Mikhail Afanasyevich’s works were banned to publish. For example, Heart of a Dog was first published only in 1987, Life of Monsieur de Molière and A Theatrical Novel in 1965. And the most significant and great novel The Master and Margarita, which Bulgakov wrote from 1929 until his death, was first published only in the late 1960's, but only in a cut version.

In March 1930, the writer got out of his depth and sent a letter to the Government requesting permission to emigrate or to work. As a result, Joseph Stalin personally phoned him and said that he would be allowed to stage plays. But Bulgakov's books were never published again during his life.

Soon Bulgakov’s plays were discontinued in all theaters of the country and only in 1930 Mikhail Afanasyevich reinstated as a playwright and director after the personal intervention of the Leader.

He staged Gogol's Dead Souls and Dickens' The Pickwick Papers, but his own plays Alexander Pushkin, Flight & Bliss, Ivan Vasilievich, and others were not staged during the life of the playwright.

The only exception was the play The Cabal of Hypocrites, based on Bulgakov's play Moliėre. It was staged in 1936 after a five-year ban. The premiere was a huge success, but the troupe managed to perform only 7 shows, then the play was banned. After that, Mikhail Afanasyevich resigned from the theater and later earned a living as a translator.

The first wife of the great writer was Tatiana Lappa. Their wedding was very poor as the bride did not even have a veil, and then they lived very simply. By the way, it was Tatyana who became the inspiration for Anna Kirillovna in the story Morphine.

In 1925, Bulgakov met Lubov Belozerskaya, whose ancestors were princes. She was fond of literature and fully understood Mikhail Afanasyevich as a creator. The writer immediately divorced Lappa and married Belozerskaya.

In 1932 he met Elena Sergeevna Shilovskaya, nee Nurenberg. The man broke up with the second wife and married for the third time. By the way, it was Elena who was described in his most famous novel in the image of Margarita. Bulgakov lived with his third wife until the end of his life, and it was she who later made titanic efforts to publish works of her beloved man. Mikhail had no children with his wives.

There was a funny mystical thing in the life of Bulgakov's wives. Each of them had three official marriages as well as Bulgakov. By the way, Mikhail was the first husband for his first wife Tatiana, the second husband for Lubov and the third one for third wife Elena. So, Bulgakov's mysticism was present not only in books but also in life.

In 1939, the writer wrote the play Batum about Joseph Stalin, hoping that such a work would not be banned. The play was already prepared when rehearsals were stopped. After this, Bulgakov’s health began to deteriorate sharply. He began to lose his sight, and congenital kidney disease deteriorated too.

Mikhail Afanasyevich started using morphine again to relieve the pain. Since the winter of 1940, the playwright was confined to bed, and on March 10 the great writer passed away. Mikhail Bulgakov was buried in the Novodevichy Cemetery, and at the insistence of his wife, there is a stone on his grave, which previously lay on Nikolai Gogol’s grave. 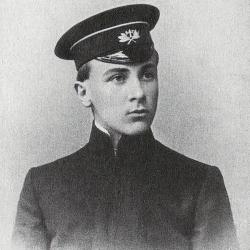