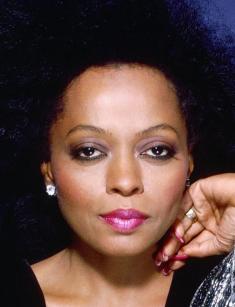 The singer Diana Ross is one of the few musicians who has two stars in The Hollywood: as a solo singer and the member of the group The Supremes. Overall, the woman has recorded 57 studio albums; more than 150 million copies were sold worldwide. In 1999, VH1 channel included Diana Ross in 100 Greatest Women of Rock and Roll.

The future star was born on March 26, 1944, in Detroit, not far from the border between the USA and Canada. Similar to her father, Ross studied at Cass Technical High School and graduated in January 1962, a term earlier than her classmates.

Diana took an interest in signing when she was a high-school student. Together with her friends, the young woman created the women’s group Primettes that was renamed into Supremes later.

The teenagers’ hobby gradually transformed into work: in 1960, the group signed a contract with Motown Records. In 1962, one of the vocalists left the band, and the quartet turned into a trio. For a couple of months, the young women were failing to attract the audience’s attention, and the director of the recording company decided to make Ross the lead vocalist: he believed that Diana’s strong, velvet voice would bring the long-awaited fame.

It was the right decision. The next year, the song “Where Did Our Love Go” topped the national chart. The following period was successful for Supremes: their songs proved to be great hits. Nevertheless, the conflicts among the friends resulted in Florence Ballard’s leaving. Soon, Cindy Birdsong replaced her.

Despite the internal ordeals, Supremes recorded a couple of albums; their singles topped American charts and became famous in Europe. The company administration realized they should count on the lead vocalist, Diana. In 1968, Ross was promoted as a solo singer.

In January 1970, the singer gave the last show with Supremes. Without the leader, the trio decayed; some new members joined the band, but it split up in 1977.

Diana’s debuting solo single “Reach Out аnd Touch” was not particularly popular among the audience. However, the second track, “Ain't No Mountain High Enough” topped various music charts in a week after the release. The 1971 single “I'm Still Waiting” was not much welcomed in the USA while Great Britain loved it. The Americans preferred the songs “Reach Out I'll Be There”, “Remember Me”, and “You're а Special Part оf Me”.

The first solo album Diana Ross came out in 1970. The next week after the release, it became one of the top 20 bestselling albums in America.

1973 brought the artist’s new works: Touch Me in the Morning and the duet album Diana & Marvin with Marvin Gaye. The latter work reached number 26 in the US pop chart. Rumors had it that the musicians did not even meet when they were creating this album.

The song “Do You Know Where You're Going to” was Diana’s next hit that topped the American chart. In the second half of the 1970s, the woman presented albums that shifted from pop-soul to disco (Ross, Baby It’s Me, and The Boss).

In the 1980s, the singer continued to choose hit materials and mesmerize millions of music lovers. All her soundtracks were successful: for instance, the soundtrack for the 1981 movie Endless Love was included in top 10 in the USA.

Following the gold album The Boss, Diana presented the platinum album Diana; it proved to be more popular than the previous releases and became number two in the pop chart. Nile Rodgers and Bernard Edwards from Chic worked as the album producers. “I'm Coming Out” and the funk single “Upside Down” were particularly popular; the latter led the American chart for a month.

In 1981, Ross sang another hit, “Endless Love,” with Lionel Richie. He was known as an excellent composer, but it was Diana who created the ballad.

The next memorable song, “When You Tell Me That You Love Me”, was recorded in 1991; it was number two in Great Britain. According to music critics, it was only Freddie Mercury’s death and the re-release of Bohemian Rhapsody that prevented the single from topping the chart.

Before her 60th anniversary, Diana Ross wrote her autobiography Upside Down.

According to the singer, the book would tell the truth about the past ten years of her life: the divorce, the failure of her tour, alcohol addiction, and scandalous arrest for drunk driving. Diana’s representatives mentioned the book would show that celebrities were not immune to disappointment, loneliness, and other problems that ordinary people encountered.

Diana’s personal life has always been the subject of tabloids’ interest. The media claimed the singer was dating Berry Gordy, the leader of Motown Records. However, in April 1971, Ross married the businessman Robert Silberstein.

The couple spent five years together and had three daughters. They divorced without scandals and division of property.

At the beginning of the 1980s, Diana had an affair with Gene Simmons, the frontman of the group Kiss. Still, it lasted only a couple of months.

By the moment they broke up, the media were speculating about the woman’s relationship with Michael Jackson; Diana had been his mentor from their first concert.

In October 1985, the vocalist married the Norwegian millionaire Arne Næss, Jr.; they divorced in 2000. Two sons were born in this marriage.

Nowadays, the celebrity continues to give concerts. For example, she presented her music program and performed in Louisiana in July 2017. In August, she visited New York; in October, the large show in Las Vegas was held.

Besides, fans can follow the latest news about the artist on the Internet. 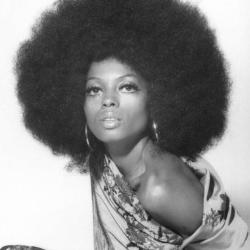