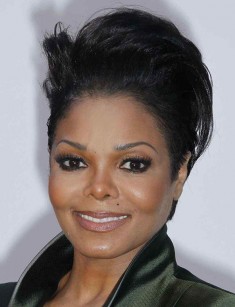 Janet Jackson is the singer, dancer, composer, Michael Jackson’s sister, and five-time Grammy winner. She earned her popularity in the 1990s.

Janet Jackson was born on May 16, 1966. The girl could not but follow in her brother’s footsteps. When Janet was small, her brothers were engaged in music professionally and built their career. At eight, Janet performed in concerts of The Jacksons Times; in the first half of the 1980s, she started her solo career.

The lower-middle-class parents were Jehovah's Witnesses. In her youth, Janet thought whether she should build the same career as her brothers, but the father made the decision instead of her: on behalf of 16-year-old Janet, he signed the contract with the American studio A&M Records.

In 1978, Janet recorded the first song with one of her brothers. After the agreement with A&M Records, the woman kept receiving discouraging news: experts criticized the first album Janet Jackson, and the second album Dream Street brought her no popularity as well.

In 1986, the third album came out; its title was symbolical: Control implied the young woman created it herself, without the support of her authoritative father. The endeavor was rewarded: more than 5 million copies were sold.

Further, the singer did not present new albums often: from 1990 to 2017, only seven albums came out.

It is peculiar that Janet did not want her career to be linked to her star brother. When she gave interviews to journalists, she placed the condition: Michael’s name should not be mentioned in articles. She did not refuse to participate in Michael Jackson’s projects, though. The 1995 music video “Scream” where the woman appeared became the most expensive video in the history of the modern music: it cost $7 million.

In 2004, when Janet Jackson and Justin Timberlake performed at the Super Bowl XXXVIII, there was an accident: the man pulled Janet’s clothes according to the scenario as he was supposed to expose Jackson’s bustier.

Instead, the upper part of her costume went off, and her breast with the provocative piercing was exposed. Later, the artists apologized and explained this was not intentional. The moment became the most frequently requested video in the history of the digital TV. After the translation, the TiVo channel had 35 thousand new subscribers, and the singer was included in the Guinness World Records.

Apart from the music career, Janet appeared in movies. From the late 1970s to the mid-1980s, she participated in TV series (Good Times, A New Kind of Family, and so on).

In 1993, the singer was offered the role in the movie Poetic Justice. In 2000-2010, she starred in three feature-length movies.

Janet has been married three times. The first marriage to the musician James DeBarge lasted for less than a year. The dancer René Elizondo became the woman’s second husband; they lived together for nine years. In both cases, no children were born.

In the 21st century, the singer’s personal life has been ambiguous. At some period, she was dating the producer Jermaine Dupri, but the couple never married.

In 2012, the media were stirred up: Janet Jackson and the millionaire Wissam Al Mana married; the new husband turned 37 while Janet was 46. The wedding ceremony took place secretly.

In 2016, it was announced the 50-year-old star was pregnant. On January 3, 2017, she gave birth to the son; the pregnancy was difficult. In the pictures before, the singer looked fit: for many years, the woman was notable for her fragility (her height was 161 cm., and her weight was 58 kg.). However, she gained 43 kg. during the pregnancy and tried to avoid posting photos on her Instagram page or having her photos in the media.

The majority of fans did not expect Janet to return her previous shape. Nevertheless, the woman worked hard, ate healthily, and exercised under her personal coach Paulette Sybliss’s guidance. By fall 2017, she lost 50 kg.

There were rumors that the childbirth led Jackson to one of the important decisions in her life: converting to her husband’s faith, Islam. During her pregnancy, Janet was wearing modest clothes and even the hijab. However, even the conversion did not prevent the family from breaking up.

Four months after the boy was born, the spouses split up. According to Jackson, the husband started prohibiting her from seeing her relatives and urged her to undergo Islamic practices. After the break-up, the millionaire threatened his wife to take the son from her. The legal proceedings began. According to their marriage contract, Janet would have the right for $100 million after five years of the marriage, and giving birth to a child could double that sum.

Janet said she was not fond of plastic surgery, unlike her brother Michael Jackson. However, comparing her photos, one can see the significant changes: the shape of her nose is different. The singer keeps denying this fact.

Apart from rhinoplasty, the artist also had other procedures to stay young. Experts believe Janet had a brow lift, Botox injections, and breast augmentation. The star confirmed she had her hair straightened and Botox injections.

After the son Eissa was born, Janet found herself in the middle of the scandal: a woman named Tiffany Whyte announced she was the daughter of Jackson and her first husband DeBarge. In the early 1980s, rumors had it Janet gave her daughter to a foster family. The recent DNA test demonstrated that Tiffany and the DeBarges are likely to be related (96%).

Janet makes no comments on the situation and refuses to have her DNA tested; the people close to the woman doubt Janet and Tiffany are related.

In fall 2017, Janet Jackson came back to the stage. In Houston, Texas, she gave the first concert of the world tour.

In 2018, the family suffered from the tragic event: the father Joseph Jackson died. Unlike her relatives who stopped going out for social events, Janet continued to participate in the shows.

After the break-up, Janet Jackson continued to communicate with her husband; she sent her son with his nanny to Wissam’s house. Janet is still determined to divorce. In June 2018, the man frightened the boy’s nanny with his inadequate behavior, and the woman had to call the police. After that incident, Janet Jackson decided to limit Wissam’s visits to his son.

The singer has issued the legal proceedings to be given the sole custody of Eissa. Wissam also stands his ground. He has accused his wife of cheating on him with her ex-boyfriend Jermaine Dupri. Reporters suspect the millionaire’s accusation is reasonable: after the break-up, the singer often visited social events with Jermaine. 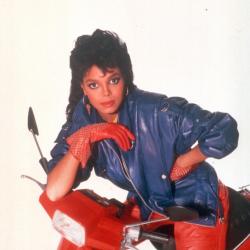