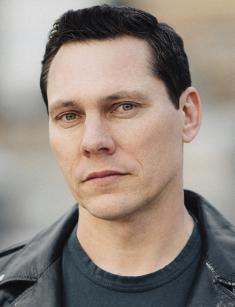 The DJ Tiësto is a real star of the world of electronic music. His compositions are famous in different parts of the world. His concerts are regularly sold out. Tiësto was voted as best DJ on the planet three times.

Tijs Verwest is the real name of the DJ, born in the Dutch city of Breda on January 17, 1969. His alias "Tiësto" is a nickname from his childhood, the modified name of the musician that his friends made in the Italian style. No one knew that a harmless nickname would turn into a recognisable brand at that time.

The young man began to be interested in music early: he was fascinated by Ben Liebrand 's ability to create remixes on live radio. The guy was so seriously fascinated by mixing parts of songs that he created his first recording and began performing in his hometown with a "mobile show" after a couple of months.

He played his records at school discos a couple of years later and became a resident of the club The Spock at the age of 16. The absence of other musical places in the neighborhood was useful to the musician: he studied independently, developed in isolation from other DJs. Critics and colleagues say it was the reason for Tiësto`s unique musical style.

Tijs mixed modern Dutch music and a new direction of acid house in his early stages, he preferred hardcore techno and gabber. Tiësto worked as a postman, a seller in the audio store in those years because his profession as a DJ did not bring him any income. The star says in an interview that if he had not become a musician, perhaps he would have worked as a cook because chefs also make mixes, only culinary.

In 1994, the producer of Basic Beat Recordings was at the performance of the young musician: he liked his mixed songs and he offered Tiësto the contract. The first own collection of mixes "Forbidden Paradise" had success with the public: the music of Tiësto sounded on the English and German dance floors in a few days, it was in 1995.

Later, the DJ met Arny Bink, the guys created their own label "Black Hole Recordings" and together recorded songs in 1997. By 2001, the record company had grown and Tijs had established his division. The DJ produces the best of his works under the brand "Magik Muzik" there.

Tiësto admits in an interview that he felt famous after a performance in Amsterdam at the festival "Innercity" in 1998. The DJ gained thousands of fans after the appearance on the legendary site of the club and there were hundreds of rave reviews about the work of Tiësto on the Internet.

In 2001, a talented young Dutchman released his first solo album, which instantly became a bestseller in America and Europe. Tiësto was awarded the prestigious prize Lucky Strike Dance Award for this plastic. The musician goes to the American tour after his success, gathering whole halls and stadiums at each concert.

Tiësto was invited to elite clubs in Ibiza after his return from the tour. He acted as the main musician at the festivals Gatecrasher, Mayday, Nature One. He forgets about the need for other earnings at this time.

The DJ realized that people are ready to dance to the music, without sleep and rest from night to morning. And he creates long sets, the longest of which was recorded in Amsterdam that lasted 13 hours! The fact says not only about Tiësto`s love for music but about his incredible ability to work too.

The popularity of the musician gave him a chance to participate in the opening ceremony of the 2004 Summer Olympics, which was held in Greece. Tiësto led the musical accompaniment of the event for two hours, mixing his works. After that, the Dutch star likes to say that "he conquered Olympus" because the holiday was held at the highest level. The organizers and the government were pleased with the participation of Tiësto in the opening.

Another bright project of the musician is a party on the city beach in Rio de Janeiro. Tiësto "lit" more than 200 thousand fans with his compositions under the open sky: this carnival surprised whole Brazil.

The Dutchman was invited to several concerts in Latin America after his success. In 2009, the Dutchman participated in the creation of the album "Kaleidoscope" with Kele Okereke, Emily Haines and Nelly Furtado. The collection is interesting in diverse genres of recorded tracks.

Since 2009, the DJ has been producing music videos. There are about 10 of them. His clip for the track "Maximal Crazy" received the highest ratings of fans. A simple video, which was recorded on a live concert of the star: the audience played the main role, dancing to their favorite hit.

One of the last tracks of Tiësto was the song BOOM, which the DJ recorded together with Sevenn in 2016. The musical composition refers to the electronic one: the dance hit blew up the world charts and dance floors, which is still perceived by the public with pleasure. "Move the booty and do not worry" is the statement of the authors of the composition.

The DJ didn't show his own life. It is known that Tiësto was in a relationship with the model for a long time, the winner of beauty contests Monique Spronk. In 2004, the lovers planned to get married but canceled their ceremony for unknown reasons. Then they broke up. The public could only guess whether the heart of the musician is free for ten years.

On December 3, 2017, a romantic photo of the DJ, hugging his beloved, the model Annika Backes on the page on "Instagram." The caption to the post says that the man is going to spend the rest of his life with the girl and calls Annika "the love of his life." A visible black jewellery box is seen in the hand of the famous man and Annika has a ring, probably, the engagement ring on her hand.

The hardened bachelor is getting married soon. Annika is 21 years old but the difference in 27 years does not prevent the couple from looking happy. The first joint photos of Annika and Tiësto on the page of the girl on the social network were in 2015. It means that their relationship lasts from that period.

Tijs ' biography is full of unusual facts: for example, once the guy broke the world record by drinking 31 cans of energy drink "Red Bull." Doctors believed that it is a lethal dose, so Tiësto does not plan to repeat his feat. Also, the DJ collaborated with the trademarks Reebok and Armani, he released and sold over 1000 pairs of exclusive sneakers with Reebok, he released t-shirts of his design with Armani.

Nowadays, Tiësto is the highest paid DJ in the world. His tour is scheduled for months ahead. All the albums, recorded by the artist, became successful in the world. Tiësto was recognized as the best DJ in the opinion of DJ Mag Top 100 three years in a row, since 2002, he did not leave the top three the next 11 years. No other musician in the world can boast of such awards. He has a net worth of $150 million.

The man does charity work in his free time. Tijs loves football and supports Arsenal FC in London. It is possible that Tiësto`s wedding will take place in 2018 after his engagement.

At present, Tiësto's net worth is estimated at $150 million.