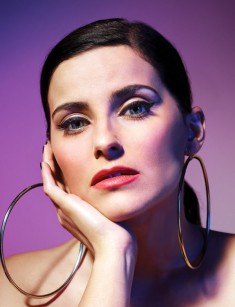 Nelly Kim Furtado is the Canadian singer of the Portuguese origin who has become globally famous. Neither the descent from an ordinary family nor lack of connections prevented her talent from blossoming.

The singer’s albums often began from the top positions in national music charts, and her singles brought her many prestigious awards.

The future star was born in Victoria, British Columbia, on December 2, 1978. The parents named her after the Soviet gymnast Nellie Kim. The girl’s parents came from the Azores, Portugal. The father, António José Furtado, worked at construction, and the mother, Maria Manuela Furtado, was a maid in a local hotel. Nelly had two siblings: a sister, Lisa Anne, and a brother, Michael Anthony.

Nelly spent her childhood in the town where migrants from Europe, Africa, Asia, and India lived. This can explain the girl’s interest in national music. At that period, she learned Portuguese, Spanish, Hindi, and English. At the age of four, Furtado gained her first stage experience: she performed a folk song at a national celebration. The parents were Catholic, so all the children sang in the church choir.

When Nelly was a school student, she started learning how to play various music instruments: trombone, ukulele, six-string guitar, and piano. One could see the active girl in the local jazz band and brass band. Gradually, the talented youth began to write music and poetry: she created her first songs at 12. Furtado liked rap and hip-hop and successfully learned them.

When Furtado grew up, she moved to Toronto. At the beginning of her adult life, she worked as a secretary in a small company. At that time, she created her own group Nelstar and wrote trip-hop songs. Soon, she met Tallis Newkirk and released several songs for the duet with him.

The singer got lucky out of a sudden. She participated in a competition for young musicians in Toronto and did not win a prize, but she met the producers Gerald Eaton and Brian West who worked for Dream Works Records. Nelly had another audition in the studio and signed the contract for the first solo album.

As it turned out, the decision was right. The single “I’m Like a Bird” received many international prizes including Grammy Award for Best Female Pop Vocal Performance and Juno Award for Single of the Year. The album Whoa, Nelly! became platinum twice and remained in Billboard 200 for more than a year.

The Canadian singer mixed styles and genres and stayed natural and energetic. Nelly used rock, folk, hip-hop, electro, and R&B elements in her music. Following her triumph, she had the global tour Burn in the Spotlight.

Soon, Furtado began to work on the second album, Folklore. At that time, she decided to go deep into music intonations of various peoples. Each track sounded special; the overall work was more lyric and profound. It was not particularly loved by pop fans, yet the song “Forca” was included in the 2004 UEFA European Football Championship songs.

The singer created this album when she was pregnant. There is little wonder the song “Childhood Dreams” came out at that period; Nelly devoted this hit to her daughter. The music video “Try” also pleased the audience by its emotionality.

The hip-hop star Timbaland managed the creation of the third album. Loose was presented in 2006 and got into Billboard 100 top songs immediately. Nelly worked on the songs and music videos for the third album in Latin America and the United States.

In 2007, Loose was named the bestselling album of the year. The phenomenal achievements could be explained by the well-thought promotion campaign and many singles. The songs “Promiscuous,” “Maneater,” and “All Good Things” were especially popular; the leading music channels broadcast the music videos “Say It Right” and “Do It.”

The duet with James Morrison brought the famous song “Broken Strings.” “Give It to Me” recorded with Timbaland and Justin Timberlake proved to be a great hit: it started from the top position in Billboard Hot 100. In 2008, this track was nominated for Grammy Award for Best Pop Collaboration with Vocals.

In a while, Nelly presented the new album Mi Plan; all songs were in Spanish. Again, millions of copies were sold in the USA; this work was also named the album of the year in South America. Together with Pitbull, Furtado created the remix on the song “Manos Al Aire.” In addition, K’os, Tiesto, and N.E.R.D. presented their interpretation of Nelly’s songs in their remixes. Such compositions were included in The Best Of Nelly Furtado.

The fifth album The Spirit Indestructible was not as popular as expected in Nelly’s home country, although the sales were six-digit. In comparison, the new work was immensely popular in Eastern Europe: the single "Waiting for the Night” topped the list of best European songs in Russia and won prestigious awards in Poland. Another song, “Big Hoops” (“Bigger the better”), was successful as well. Nelly performed this hit at the Billboard Music Awards ceremony. She also got a golden certificate in Canada for this track.

In 2010, Nelly Furtado was invited as a guest at the Olympic Games opening ceremony in Vancouver. Together with Bryan Adams, she sang “Bang the Drum” which was later included in the collection The Sounds of Vancouver 2010.

Apart from her singing career, Nelly Furtado has tried herself as an actress. In 2007, she debuted on the screen and appeared in an episode of CSI: NY. The series kept people interested for nine seasons, and the young woman believed it was an honor to play there.

As she liked the stage work, the artist appeared in a full-length movie soon: the noir thriller Max Payne.

In 2010, Furtado’s filmography increased thanks to the movie Score: A Hockey Musical. In this comedy, the musician became one of the leading actresses and played a passionate fan of a hockey team. The audience welcomed Nelly’s comedy talent.

Nelly Furtado’s height is 159 cm. She used to be fragile, and her weight was no more than 49 kg. She watched her diet and was actively engaged in sports. Her blue eyes and long, dark hair looked beautiful even when the woman wore no make-up.

In the course of time, the singer’s appearance changed: one could see it in many photos on the Internet and social works. After the childbirth, Nelly put on some weight a little and had bangs which were styled in a unique way; it was done for the new album, Loose. Before her 30th birthday, Nelly had her hair dyed blonde. Soon, she came back to the dark color, and her hair got shorter.

At the beginning of 2017, the singer put on more weight. It was evident she felt comfortable in her new body. Fans’ opinions were diverse; many recommended the artist to go on a diet. Some people believed the woman was pregnant again; others supported the Canadian.

The artist surprised her fans at the concert in Pride Island, New York: she was wearing a tight white jumpsuit that did not cover her black bustier and naked back; it was decorated with large sparkling stars. Many media gave the example of Furtado as the bad stage costume choice.

At the beginning of March 2017, “new” Nelly Furtado appeared in Larry King’s show and told fans about her personal life and career plans. The singer got the Unstoppable Achievement Award Recipient for her support of the international educational children’s fund.

Nelly Furtado has been married twice. She lived with her first husband, the musician Jasper Gahunia, for four years. The couple had a daughter, Nevis, named after the island where Nelly and Jasper spent their honeymoon. After the girl was born, they divorced. Nelly had to bring up her daughter alone for the next three years.

In 2008, Furtado married the sound producer of the Cuban origin Demacio Castellon. The marriage lasted for more than eight years, but the couple split up in the end. They had no children together.

On March 31, 2017, Nelly Furtado’s next album The Ride came out; several singles, such as “Islands of Me,” “Pipe Dreams,” and “Cold Hart Truth,” had been premiered a year before. The Canadian singer preferred the genre of indie and used only solo vocal. The album was recorded at Nelstar Music.

Today, Nelly pays much attention to charity work: she is an active member of many organizations including the anti-racism fund. Besides, the singer continues to give concerts in her homeland, Latin America, and Europe. At the end of July 2018, the recorded performance of Nelly Furtado was included in the program of the Vienna Music Film Festival held in Yekaterinburg, Russia. 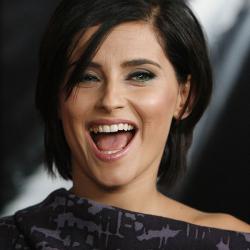