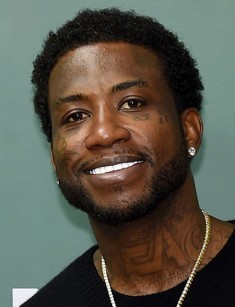 Despite his difficult life and legal problems, talented rapper Gucci Mane could reach musical stardom and gain recognition of fans around the world.

His real name is Radric Davis. The rapper was born on February 12, 1980, in Birmingham, Alabama. Later, the boy moved with his single mother to Atlanta. In his youth, Radric loved to write rhymes, and at the age of 14, he became interested in rap.

A young singer participated in contests and events at school, where he had the opportunity to show his talent. At first, the relatives found out about Davis' abilities. They supported the young man in all his endeavors. Gradually, the performer became more and more famous and began to perform at concerts. Radric constantly developed his talent, improving his skills.

In 2001, Davis joined La Flare on Str8 Drop Records, and next year he linked up with SYS records. In 2004, he released the song "Black Tee" as a response to the single of Dem Franchize Boyz "White Tee." Davis gained popularity relatively quickly in 2005 after the release of the album entitled Trap House.

In April 2001, Redrick was arrested and charged with possession of cocaine. The rapper sentenced to 3 months in county jail.

May 2005 became fatal for the performer because he was attacked by a group of men at his own house in Georgia. The rapper and his companions fired back and killed the attacker, whose corpse was found later behind a nearby school.

Nine days after the skirmish, the rapper turned himself into the police. Later, he was charged with murder. Davis claimed that the shots were solely in self-defense.

In January 2006, the prosecutor's office dropped the charge due to insufficient evidence. At the same time, the rapper was serving a sentence for assaulting a nightclub promoter. Gucci Mane was released from jail on May 12, 2010.

In 2005-2006, the rapper released two albums Trap House and Hard to Kill. The first one has the popular single "Icy," which featured Young Jeezy. Claims about the rights to this song spoiled the relationship between the performers. In 2006, the rapper released the second album with the single “Freaky Girl," that peaked at number 12 on Hot Rap Tracks, 19 on Hot R & B / Hip-Hop Songs and 21 on Hot 100.

In 2007, he released the album Back to the Trap House. The official remix of “Freaky Girl” is included in the album. May 2009 was significant for Gucci Mane because he signed a contract with Warner Bros. Records.

2009-2012 were quite fruitful for the rapper. On October 2, 2009, the performer peaked at number 6 on MTV's annual Hottest MC in the Game list. On December 8, 2009, the rapper released the second studio album The State vs. Radric Davis under the label Warner Bros. Records. "Coca-Cola" was one of the singles released in 2010 and it became quite famous.

After his release from jail, Davis stated he wanted to change the label name from Icey Entertainment to 1017 Brick Squad Records. The album The Appeal: Georgia's Most Wanted was released in September 2010. The first track from the release was titled "Gucci Time." It premiered on the artist’s MySpace page in early August.

In 2014-2016, Davis was in jail. During this period, the rapper was engaged in creative activities. In April 2014 he released the first track “Young Thugga Mane La Flare” in collaboration with young performer Young Thug. It is followed by the project with 1017 Brick Squad, which resulted in a single released in late May of the same year.

After that, the rapper released three studio albums on the same day. Their collective title is World War 3D. Then there was a series of projects with other artists, the release of many albums and mixtapes. In April 2016 he presented a compilation album on iTunes with the song “Russian” and many others. Another popular track of 2016 is “Both."

The rapper was considered a desirable bachelor for a long time and he denied rumors about his relationship. According to the artist, it was clear at that time that there was no one in his heart, and he did not know how to fall in love. However, when the rapper met Keyshia Ka'oir, the performer admitted that he fell in love. With the help of his lover, who made Davis keep on a diet, the rapper lost 23 kg. Soon, the couple decided to marry.

A romantic wedding was broadcast on TV in the USA. At the moment when the future wife went down to the performer, he started crying. According to the press, the ceremony cost about $ 1.7 million. The wedding was held at a prestigious hotel in Miami. According to the fans, the musician looked happy. There was a special dress code for guests as they all wore white.

Keyshia presented him with a butterfly, covered with diamonds, as a wedding gift and she got the blue Rolls Royce in return. The couple lives together now.

Davis has made significant progress in music for a short period of time, his biography is very rich. Despite the difficulties in life, now Gucci Mane does not give up the music and continues to create. Rapper creates tracks that don’t stop pleasing fans. The singer has an account on Instagram, where he posts photos and videos about his life.

In 2017, Davis released the video for the single “I Get the Bag," which quickly became popular. The same year, the singer recorded the track with Selena Gomez entitled “Fetish." On January 25, 2018, a new single “BOOM” was released with Tiesto & Seven. A little later, the song “Cool” of rapper Felix Jaehn was released, and Davis made a guest appearance there.

Gucci has recently acquired the newest red Ferrari 812 Superfast of 2018. The car costs more than $ 600 thousand. Wealthy people have to wait long for a car. The rapper got the car a day after the order. Nothing is known about the sum of money that he has paid for such a service. 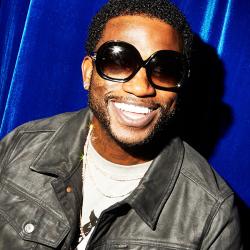