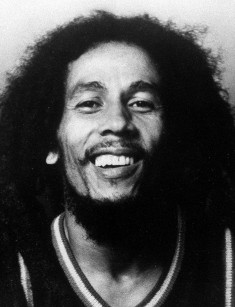 Bob Marley was a famous composer, an extraordinary musician, and the legendary reggae singer. Everybody who loves this genre loves his songs. Marley was the one who actually created reggae; nowadays, he remains the most popular reggae musician. His image – long dreadlocks, a Rastafarian hat, and a guitar – personified the essence of the genre in the man.

Bob Marley in his childhood

Bob has Jamaican roots. He was born into the family of an industrious military man from Europe who came to Jamaica and the native of the island. The little boy rarely saw his father: he was always on duty and worked a lot. He died when his son turned ten.

The future star went to an ordinary local school and began to work as a handyman after graduation. When Bob was a teenager, he joined the Rudeboys’ subculture that promoted aggressiveness and viewed crimes in the romantic light. These young people had several common features: short hair or a shaved head and fitted clothes made of costume fabric.

This group also had its music preferences: young people frequented disco parties where ska music (one of the Jamaican genres) was played. In this subculture, young Bob tried himself in art and developed his potential.

Initially, Bob Marley was experimenting on his own; however, he did not reach the outstanding success. Soon, he joined the music group The Wailers where his friends and associates participated; his first public recognition pertained to this band. The Wailers were transformed many times; the group members changed, and the music positioning was different. However, it was worth the endeavor: the group made its members famous in their country and, later, all over the globe.

Bob released singles and albums as the group member; later, he transformed it into his project Bob Marley and the Wailers. The musicians were touring in the United States, Europe, Africa, and Asia.

By the end of his life, Marley became popular in the Soviet Union. The songs of the freedom-loving singer who became the voice of the whole generation in his homeland got through the iron curtain and impressed the Soviet people.

Marley’s and his group’s works were recognized by many music critics. Their albums and singles received numerous awards, and Bob was often named the best singer. His songs united diverse people: from the troubled areas in Jamaican towns to rich kids. Marley gave people the hope for the better, faith, and overwhelming love.

The iconic song “One Love” became the unofficial hymn of Jamaica: it actually united politicians and groups that turned the country into the ground for their conflicts. This hit was created after the attempt on the musician’s life: he was shot at on purpose. However, Bob Marley continued to perform on the stage and kept making his fans happy until his death.

In his last years, the man had a tumor on his toe: Marley had injured his foot when he was playing his favorite game, soccer. The composer rejected to be “taken apart” and have the toe amputated: as a true Rastafarian, he must die “whole.” After the long battle against cancer, the singer lost. He died during his tour, without having returned to his home country.

The last months were particularly hard: the medication had side effects, such as hair loss and decreased immunity. The bitter irony is that the leader of the Afro-Americans died of the disease that is typical of while people: Marley was subject to it because his father was white.

Soccer was special for the singer. Bob loved it so much that his rider contained the significant point: the anytime access to a soccer field and a ball. The man was good at this sport: he played as a midfielder, and the ball kept sticking to his feet so that nobody could get it. Marley had a lot of soccer practice: he discovered the interest in it when he was a small kid.

Marley spent his whole life with his wife Rita who worked as a backup vocalist at the beginning of Bob’s career. One day, the young man saw a woman in the street: she was walking with her friends, singing. 20-year-old Bob took fancy in her talent and appearance; he began to court her. The couple’s romance was developing rapidly; they decided to marry.

At first, the lovers lived in love and peace. However, as Bob’s popularity was growing, he visited his home rarely; he had many casual affairs.

Rita and Bob had a large family. The wife gave birth to four children; all of them are somehow connected with music and other arts. Overall, Marley had eleven children and one adopted son.

Rita was a heroic woman; she brought up her own children as well as the kids from Bob’s flings. According to the wife, Marley used to be a caring and loving husband and then started cheating on her. To excuse himself, the singer said he dreamed of many children and did not want Rita to be tired of constant pregnancies. He devoted his most popular song “No Woman, No Cry” to his only wife. Rita confessed her relationship with Bob Marley could hardly be called normal, yet she forgave her husband and stored warm memories about him.

Marley’s children respect their father’s achievements and continue his work: they perform, sing, create music projects. In other words, they try to go down in history and make this world better, just like their father did.

Not long ago, an American magazine released an issue with the photo of Marley’s children and grandchildren on the cover. The picture went viral on the Internet; it was the meeting of the decade for Marley’s descendants.

There are certain spheres of life and general images associated with the name of Bob Marley. For instance, millions of teenagers and students justify their desire to smoke weed by the reference to the musician: he admitted he regularly did it and sometimes appeared on the stage with a joint.

It is hard to overestimate the role that the singer played in the Rastafari expansion. The followers of this religion took numerous quotes from the singer’s works; they see Bob Marley as the messenger of the true belief. Besides, the artist helped spread the pan-Africanist philosophy among some people. His contribution is incredible: the man followed these ideas and changed history through his actions and art. For these achievements, he was given many prestigious prizes and awards.

Although Marley died long ago, in the previous century, his works and life philosophy are still attracting new fans today. The musician’s photos appear on mass-market clothes as well as in top designer’s collections. Many modern singers are in love with Bob Marley’s music: the singers Rihanna and Beyoncé, the actress Eliza Taylor, and so on. Many quotes of the artist became popular. His last words “Money can't buy life” are particularly famous. 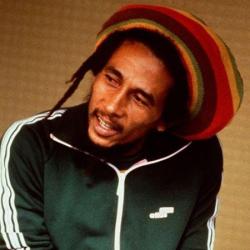