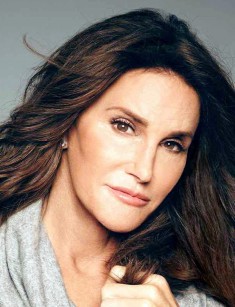 Caitlyn Jenner, born William Bruce Jenner, was born on the 29th of October, 1949 in the town of Mount Kisco town in New York State. His father William was at the military service during the Second World War, and later he was engaged into the care of the trees, and his mother Esther was a housewife and was engaged in the education and upbringing of four children.

The boy studied at comprehensive school in the town of Mount Kisco (the Sleepy Hollow). The studies were difficult for the boy as he had congenital dyslexia that negatively influenced his marks and achievements. Bruce was afraid to attend the classes, to talk to the teachers and his schoolmates as well. During his first six school years, the boy was suffering silently until he was diagnosed with a selective inability to read and write. Since then the teachers became to be more loyal to Jenner, especially after he became interested in the sport and athletics, and demonstrated quite good results in this sphere.

The Jenners family moved to Connecticut where the boy began to attend Newton's school. Here he continued to develop his sports skills, and he started playing football. Bruce received the football grant and entered Graceland College in the town of Lamoni in Iowa. However, the guy was forced to forget about the football career after he had the trauma of his knee joint in 1969. His coach and mentor Weldon offered Jenner to try himself in the decathlon in which Bruce achieved remarkable results after the completion of his studies at the college in 1973.

Jenner was actively engaged in the business. He is the owner of Bruce Jenner Aviation company which delivers expendables for the intermediaries and airline companies. He was also working as a vice president in the company which developed JennerNet software application.

Jenner was actively engaged in the sports already at the college. Then he concentrated on the decathlon which included ten kinds of athletics. He had his first competition in this kind of sport in 1970 on the Drake Relays ground where he took the fifth place. A year later he occupied the first position at the competition of National College Athletes Association.

In 1972 Bruce took part in the Olympic Games in Munich he took the tenth place in the overall ranking. But this defeat only encouraged the guy to train harder. In 1974 he became the USA champion on the decathlon. In 1975 Jenner set his first world record in the discipline, and a year later he surpassed his results on fourteen points.

In 1976 the athlete became an undoubtful winner at the Olympic Games and set the new world record. Bruce was ahead of his closest rival by two hundred points. Due to this victory, the sportsman has become the national hero, and he received the James E. Sullivan Award which was annually awarded to amateur athletes who achieved remarkable success. The Cup with his name decorated many American Halls of Fame which were in a way connected with the sportsman’s life. Jenner continued to break record till 1980, and the USA record - till 1991.

Since 1980 Bruce began to be engaged in the sports races and successfully took part in the series of IMSA Camel GT games. In 1986 he won the twelve-hour race together with his wingman Scott Pruett.

Bruce Jenner's candidacy was considered for the major part in the picture Superman, though the actor Christopher Reeve received this role. In 1980 the athlete had his debut in the musical comedy Can’t Stop The Music. The picture turned out to be a failure in the hire and became the winner in Golden Raspberry anti-award. Bruce also was nominated for Golden Raspberry Awards as Worst Actor.

Since then Jenner tried to avoid full-length movies and preferred to take part in the TV series and films which came out only for the displays on the television. He participated in the shootings of two sports movies: The Golden Moment: An Olympic Love Story and White Tiger. Bruce took part in the shootings of police series CHIPS in which he performed the role of the officer Steve McLeish in six episodes. Besides, he often appeared as "the invited star" in other series: the sitcom Silver Spoons and he educational thirty-episode series We Learn to Read.

Jenner regularly participated in different TV shows. He took part in the show The American Sportsman from ABC TV channel together with the famous athlete and leader Grits Gresham. In 2002 he received the invitation to take part in the popular game programme The Weakest Link where there gathered the team of Olympic athletes.

But the reality show Keeping Up with the Kardashians on E! TV channel has brought him greatest popularity on the television. The programme was released on the screens in October of 2007 and was met by the critics with restraint. However, the show became very popular at the audience what made it possible to prolong the show for ten seasons. The whole Kardashian family took part in this show.

In 2011 Bruce tried to return to great cinematography one more time when he took part in the shootings of Adam Sandler's movie - Jack and Jill. He took part in the episode with the famous actor Al Pacino. Unfortunately, this picture also became a failure and received the Golden Raspberry Award.

In 2015 E! TV channel shot the movie about the changes in Jenner’s life. The premiere of the series I Am Cait was set for the end of July 2015. Within the show, the creators showed how were changing the views and body of Caitlyn after the female gender reassignment surgeries and hormonal therapy.

In April of 2015, Bruce Jenner admitted in the interview to 20/20 program that since young years he had had gender dysphoria and felt like a woman. During a long time, he changed clothes for women's outfits and had the hormonal therapy which he had to suspend when he married Kris Kardashian. Recently he began to think about gender reassignment more and more often what at last caused the divorce. One and a half year ago Jenner renewed the hormonal therapy course and also began to have a range of cosmetic operations which have to make his body more feminine.

Temporarily Jenner refused to have surgical gender reassignment, having referred to the recommendations of the World Professional Association for Transgender Health. By the words of Jenner, he doesn’t consider the presence of female primary sexual characteristics the most important as he has never been attracted at the men. Before his complete transformation in the woman, the celebrity asked the journalists to use the pronoun "he" when mentioning him.

In June of 2015, Jenner changed his name for Caitlyn and began to use the pronoun "she." After a couple of cosmetic operations, Caitlyn Jenner had his debut as a model on the cover of Vanity Fair fashion magazine. The shootings for this magazine took place in strict privacy. Until that moment nobody saw the new appearance of Jenner, and her coming out became the real sensation.

Caitlyn Jenner has more than one million subscribers on her page on Twitter. She even overshadowed the record of the USA president Barack Obama.

Before the complete transformation into the woman, Jenner managed to be married three times. Chrystie Scott became his first wife, and they have lived together for ten years. They have two children - Burton and Cassandra.

In 1981 the athlete divorced with Christie and in a month got married to the actress Linda Thompson. She gave birth to two of their children - Brandon and Brody. In two years they separated.

In April of 1991, Bruce married Kris Kardashian. In their marriage, two daughters were born - Kendall and Kylie. Moreover, the sportsman became a stepfather for four Kris’s children from her previous marriage: Kourtney, who is known as Kim at present, Khloé and Rob.

In 2013 the couple announced that they were preparing for divorce as they ceased living together more than a year ago.

Kris called the "insuperable disagreements" the main cause of their divorce. Though, later it became obvious that the man had to divorce to solve his inner disagreements at last. 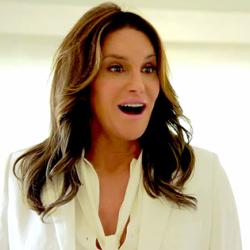