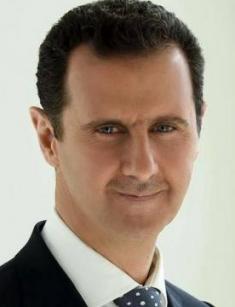 Bashar al-Assad – is a Syrian President, who heads the country since 2000. Not everyone in his homeland, as well as all over the world is satisfied with this fact. His colleagues in the Arab Socialist Ba'ath Party considered him a traitor, not appreciating the liberal leadership style, which was very different from his father's. The military elite did not like the declining role of the army. Islamic radicals took advantage of the situation and decided that the presidential power had weakened.

Assad responded with a crackdown. He disposed of unwanted figures in different ways, imposed the state of Emergency, shut down opposition media, and blocked social media. Mass public protests led to civil war. Several foreign countries demand the resignation of Bashar, believing that this is the only way to stop the bloodshed. They finance the Free army and the National Council, whose activities are aimed at overthrowing the Assad regime.

But Bashar was re-elected three times to the central state post, continues his persistent fight against terrorism, with the support of many countries, including Russia, and yesterday's hostile coalition asks for assistance from Pro-government forces.

Bashar Hafez al-Assad was born on September 11, 1965, in the capital of Syria in the family of the General, commander of the Syrian air defense and air force, Hafez al-Assad, who later became Minister of defense, and in 1971 led the country and the ruling Ba'ath Party. The mother of the future President Anisa Makhlouf belonged to the wealthiest confederation of Alawites, Haddadin. She devoted her whole life to raising children, as the father was regularly absent from home and was busy with state affairs.

Bashar al-Assad received his primary education in the elite Arab-French al-Hurriya School in Damascus. He was a diligent and smart student with a talent for learning foreign languages. After graduating from school, the future Syrian head entered the faculty of ophthalmology at the Damascus medical University and graduated with honors.

Having become a certified doctor, the son of the then President of the country, who at one time also had dreamed of a medical career, went to work in a military hospital in the suburbs of the Syrian capital.

In 1991, Bashar went to London for an internship at the ophthalmology center at St. Mary's hospital. Abroad, Assad worked under a fake name so that no one knew what family he came from. But in 1994, the young man dropped out of school and worked in the UK and returned home, because his older brother Basel, who was supposed to take over their father's place, was killed in a car crash. Bashar had to assume the role of heir to the clan and leave dreams of devoting himself to saving lives to become President of the country.

Preparations for the presidency of Bashar al-Assad began with the military Academy of Homs, where experienced military leaders conducted individual training with him. At the same time with military training, the future Syrian head was actively engaged in state affairs, and took the post of an adviser under the rule of his father.

He also headed the anti-corruption Committee in the government and the internal security service of Syria. At the same time, Bashar oversaw the investment policy of the country, promoting the interests of the "new Syrians," which mainly included children of high-ranking officials.

Even though Bashar al-Assad had nothing to do with Syria's foreign policy, he dealt with Lebanon–Syria relations. Since 1999, the future President began to make political tours around the world and receive foreign delegations instead of his father. Thanks to the efforts of Bashar in 1999, the Internet appeared in Syria, and in 2000 - cellular communication.

Then Assad was able to change the image of the doctor to an energetic, fair and honest politician, which won huge support among the population. Therefore, after his father died of heart failure in 2000, he became the only candidate for the presidency of Syria.

The President of Syria

The biography of Bashar al-Assad as President began on the same day that Hafez al-Assad died. Parliament immediately changed the Constitution, reducing the minimum age of the presidential candidate, so that Bashar would be able to become the head of Syria in his 34 years. The next day he was awarded the rank of Lieutenant General, after which he, in addition to the country, led the Syrian army. In the presidential election, Assad won more than 97% of the vote, many of which wrote down the "Yes" in blood.

In the first years of leadership of Syria, the President liberalized the political system of the country, amnestied several political prisoners, contributed to the creation of political coalitions and the release of the first independent newspaper. Also at the dawn of Bashar's presidency, non-state universities appeared in Damascus, the stock market and private banks opened. For four years, he changed the cabinet of ministers by 15%, replacing military officials with civilians.

In 2007, the term of office came to an end, but Assad won the election again – he was supported by 97% of the population, and Bashar gained power until 2014. In his second term, he faced the consequences of the civil war, which began to flare up in Syria in 2011.

Then mass protests began throughout the country; demands were made for political reforms and the abolition of the State of Emergency, introduced in 1963. Bashar promised to fulfill all the requirements of the people, dismissed the government, signed a decree on the abolition of Emergency, but it did not help to resolve the situation.

In Syria, the opposition was formed, which stimulated the protesters. After Bashar al-Assad began to use military forces to disperse the protesters, he fell out of favor with many European countries. There appeared a Free Syrian Army and the National Council, which became the "fruits" of the activities of opposition forces wishing to overthrow the Assad regime.

The Syrian opposition is still supported by the United States, Britain, Turkey, Saudi Arabia, France, and Qatar. In 2013, disagreements began within the Syrian opposition. As a result, several extremist groups, including the ISIS organization banned in many countries, opposed the FSA.

The situation escalated in August 2013, when the media spread the news about the use of chemical weapons near Damascus. The UN special Commission established only the fact of the attack but did not name anyone to blame. A month later, Foreign Minister Sergey Lavrov met with American Secretary of State John Kerry, who agreed that all chemical weapons stockpiles in Syria should be destroyed. The last batch was exported at the end of June 2014, but the claims of the West to Assad has not subsided.

In an interview in 2014, Bashar al-Assad noted that the civil war in Syria has come to "a turning point." It was a time of the commencement of the process of national reconciliation. At the same time, he announced his intention to run for a third presidential term. Elections in Syria were held on June 3, 2014, Assad gained almost 89% of the vote and became President again.

Many Western countries believe that the last presidential elections were illegal, as they were held in a civil war. Despite this, Bashar al-Assad continues to lead the Syrian government army and fight terrorism, which poses a threat to the world. The main enemy of Assad is the group Islamic State, the militants of which he fights along with the US-led international coalition, whose actions are directed not only against ISIS but also against the government army.

In September 2015, the official Damascus appealed to Vladimir Putin to provide military assistance in the fight against terrorist groups. After the Federation Council permitted to use Russian weapons and troops abroad, the Ministry of Defense began a special operation in Syria. The purpose of Russia's participation in the military conflict in Syria - the destruction of ISIS, a threat not only to Russia but also to the world.

In Eastern countries, it is not customary to talk about personal life. It has only become normal for the press in Syria to take out their cameras and take photos of famous people in the late 20th century. Bashar's family is mentioned only in connection with political activities, especially since the wife of the Syrian President is also "an active player in this field," even the operation to remove cancer, made in 2019, did not stop her.

In 2001, Assad married Asma Akhras, the daughter of a prominent Syrian cardiologist and the First Secretary at the Syrian Embassy in London. The woman was born and raised in London, where she graduated from the University and received a degree in Economics and Computer Technology and worked in an investment company J. P. Morgan. She speaks four foreign languages and has dual citizenship. By religion, she is a Sunni Muslim.

She considers religion a trump card in the hands of Assad, as the Presidential clan relies on Muslim Alawites, which make up only 15% of the population, and Sunnis make up almost 80%. The Rose of Damascus, as the countrymen call Asma, is adored at homeland. There are legends about nationality and religion of Bashar himself. Some researchers, who do not consider Alevism a branch of Islam, believe that the head of the Syrian state is a Christian. On the Internet, sources are claiming that Assad is a Jew and a Cilician Armenian. There is no definite opinion.

Bashar knew his wife since childhood, as their families were friends and often went to visit each other, but fell in love only during an internship in London. After the return of Asma in Syria, the two people got married. The tall man (Bashar's height is 6 feet 20 inches) and the fragile woman make a great couple. The first lady of the country gave her husband three children - sons Hafez and Karim, who were born in 2001 and 2004 respectively, and in 2003 gave birth to a daughter Zane.

The wife is engaged in the upbringing of children and is active in charitable activities, advocates for gender equality and is famous for her harsh nature. Once the British tabloid reproached the wife of the Syrian head that such an intelligent and educated lady had no right to live with the dictator, who made a revolution on the blood and bones of citizens. In response, they received a bold statement:

"Bashar al-Assad is the legitimate President of all Syria, not only one of its parts, and the first lady supports him in this role."

Bashar has no personal page on social media, and his Instagram account is maintained on behalf of the presidential administration.

Bashar al-Assad has a net worth of $5 billion. The Russian defense Ministry recognized the military operation in Syria as successful and withdrew troops from the territory of the Middle East country. The West still considers Assad a dictator like Saddam Hussein or Muammar Al Gadhafi. At the same time, former US Secretary of Defense, James N. Mattis, said that there is no evidence of the use of chemical weapons by the Syrian army, and the British journalist admitted that the gas attacks, of which Assad's administration was accused were fake.

Questions to Russia about the Syrian issue are based on a total rejection of the support of the current President. Bashar himself considers that country his best friend. Among the European leaders, there is a split regarding the future of Bashar al-Assad. France already believes that he has the right to participate in future elections if it wishes.

Now Assad has set the primary goal of returning refugees to their homeland and providing people with decent conditions. In 2018, elections to local government bodies were held in Syria, and an amnesty for those who evade military service was announced. According to the President of Syria, he wants to have a peaceful relationship with the rest of the world and asks European countries not to interfere with the issues connected with domestic policy.