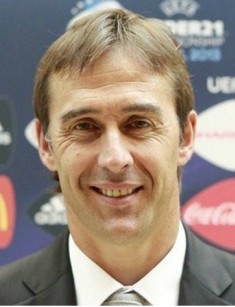 People remember Julen Lopetegui for his great achievements: the UEFA European Under-21 Championship victory and the early qualification of the Spanish national team at the FIFA World Cup 2018. The sudden news that the head coach was leaving brought the sad tone to the overall atmosphere of joy and holiday.

Julen Lopetegui Argote is the first Basque coach in Real Madrid in the last 50 years. The future soccer player and coach was born into the family of the weightlifting champion Jose Antonio Lopetegui. Since the early childhood, the boy and his siblings helped their parents in their family restaurant; thus, Julen could play soccer only in his spare time.

Julen’s brother continues to run the family business: he has two restaurants in Madrid. When Lopetegui had no opportunity to play soccer, he helped administer them.

Unlike his predecessor in Real Madrid Zinedine Zidane, Julen was not famous as a player. The sportsman began his career in Real Sociedad and later transferred to Real Madrid Castilla where Vicente del Bosque was the coach. The young goalkeeper played three years there and stayed in reserve more than he actually played. There was only one match against Atletico when Lopetegui was the primary team member.

In 1991, Logroñés loaned the goalkeeper; Lopetegui spent some time playing with Javi Navarro. Later, Real Madrid’s antagonist team Barcelona bought the player. The goalkeeper remembered that period as the worst moment in his career: he suffered from many injuries, and it was so difficult for him to stand the harsh physical activities that he could only dream of appearing on the field. Lopetegui had only five matches in Barcelona.

The Segunda-División club Rayo Vallecano was Julen’s next career turn. In the 1999-2000 season, Lopetegui helped the club go to the Primera División and the UEFA Europa League; Rayo Vallecano also reached the Copa del Rey quarterfinal. At the end of the 2001-2002 season, the goalkeeper decided it was time to teach others to protect the gate.

The former goalkeeper accepted Juan Santisteban’s offer and started assisting him in the U-17 team training. Later, Julen worked in his former Rayo Vallecano, but neither he nor his successors Gustavo Benítez and Txetxu Rojo could save the team from leaving the Segunda División.

At the World Cup 2006, the Spanish became the analyst and TV commentator. Viewers remembered how Lopetegui fainted live on TV. A bank used this case in its ad, and Julen built a sports boarding school for 85 children in Bolivia when he received his payment.

Later, the goalkeeper was the scout of Real Madrid and simultaneously studied and created his own coach strategy. In 2008, Real Madrid Castilla offered the ex-player the position of their coach, but Lopetegui did not achieve a lot there. In the next year, when Ramón Calderón left the presidential post of the team, Julen left the Galácticos.

Lopetegui began to train the youth team which later won the UEFA European Under-19 Championship. The future Barcelona players Denis Suárez and Paco Alcácer, the player of Bavaria Juan Bernat, and Gerard Deulofeu who currently plays for Watford were the victorious team members.

On the wave of success, the coach joined the Spanish youth team coaching staff and brought the team to the UEFA European Under-21 Championship victory. In 2018, five members of that team went to the FIFA World Cup in Russia together with Julen.

In 2014, the Spanish coach began to train the Portuguese Potro. Again, Julen counted on young players. The youngest in the history of the club team reached the 2014-2015 Champions League quarterfinal. Later, Julen was fired because of further failures.

In 2016, the Spanish national team did not qualify in the 1/8 European Championship, and the Real Federación Española de Fútbol replaced Vicente del Bosque with Julen Lopetegui. The new coach’s task was to qualify in the FIFA World Cup; Julen achieved this goal brilliantly.

However, Spanish fans were surprised to learn who was going to present the country in Russia: Sergi Roberto, Héctor Bellerín, Cesc Fàbregas, and Marcos Alonso were not included. Six months before the championship, it was clear that Fernando Torres would not take part in the World Cup as well.

When it comes to his personal life, Julen is a private person. His social network pages on Facebook, Instagram, and Twitter are about soccer, charity, and various work moments.

As Lopetegui was introduced the new coach of Real Madrid, some information was given: Julen’s wife’s name is Rosa Maqueda, and their children’s names are John, Daniel, and Maria.

The day before the World Cup 2018 began, the Spanish national team lost its head coach: according to the administration, Lopetegui was fired for the early announcement about his new position of the coach of Real Madrid.

The President of the Royal Spanish Football Federation Luis Rubiales who had replaced Ángel María Villar just a month ago believed that Lopetegui’s negotiations behind the curtains were unacceptable because his opinion was not taken into account. Neither Andrés Iniesta’s and Sergio Ramos’s resistance, nor the national team previous accomplishments (20 victories) could influence his decision.

The richest soccer club offered Julen € 6 annually which was twice as much as the coach’s earnings in the national team.

In June 2018, the new coach of Real Madrid brought the youngest Ukrainian national team goalkeeper Andriy Lunin to the team. The contract expires in six years; the transfer cost was € 9 million. Besides, Lopetegui planned to buy the Mexican player Héctor Herrera. The coach recognized his talent when he worked for Porto. Rumors have it that Lopetegui has shared this plan with the President of Real Madrid Florentino Pérez.

At the same time, the midfielder Mateo Kovačić announced he would like to leave the club as he was not satisfied with the playing time.

As a soccer player: 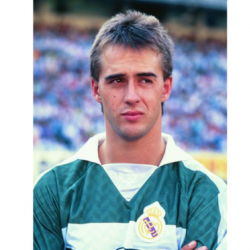