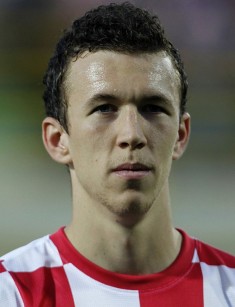 The soccer player Ivan Perišić known as the hard-working member of European clubs found himself the hero of Croatia in a single day. His goal evened the score in the semi-final game against England at the FIFA World Cup-2018. Besides, the ball scored with his assistance became victorious and helped Croatia go to the final: the national team had never reached this result.

The attacking midfielder confessed that he supported the national team at the World Cup-1998 when he was nine, but he did not even dream of surpassing the star generation that reached the semi-final game of the championship.

The future soccer star was born on May 2, 1989, in one of the sports towns in the country. Split is known as the home town of the tennis players Mario Ančić and Goran Ivanišević, the handball player Ivano Balić, and the four-time high-jump champion Blanka Vlašić. The young soccer fan had the opportunity to practice in the youth team of the famous club Hajduk. However, Ivan was close to losing the chance to practice his favorite sport.

The parents had a small chicken farm. The father insisted his son should help him there after school; he did not want to listen to Ivan who was always late for practice because he had to work. The more Ivan was growing, the sharper the situation was.

By the moment Ivan finished school, he had played for the Croatia national youth team and had several offers from clubs including Ajax and Hamburg. However, the young player selected Sochaux and left for France at 17 to escape family conflicts.

The sportsman spent the first season playing for the youth team of the French club Montbéliard. In 2007, he won the first trophy with his team: it was the Coupe Gambardella for which teams consisting of under-19 players fight. That year, the main team of the club played in the Trophée des Champions final game, so Perišić was waiting for joining it.

However, the debut did not occur, although the contract would expire in two years. Initially, the young player joined Sochaux B, and the Belgian club Roeselare loaned the sportsman for the last six months. In Roeselare, Perišić debuted against Bruges at the Belgian Cup match. Inspired by the changes, the sportsman scored the only goal of that game.

Ivan played for the Roeselare 16 more games and scored four goals, but the club did not want to buy the halfback. However, those who had been defeated by Perišić’s goal showed their interest: the scouts of Bruges took an interest in the player. In fall 2009, Perišić moved from France to Belgium.

Sochaux was paid € 250 thousand for the Croatian sportsman. Nobody could guesstimate that Bruges would receive 20 times more for Ivan’s transfer.

Two seasons in Belgian First Division A showed the goalscorer’s potential. He was wiry, stable, precise, interested in soccer, and lacking simulations. In 70 matches for the Belgian club, Perišić scored 31 goals; 22 of them took place in 2010-2011 in Belgian First Division A. For these outstanding results, Ivan was named the best player and top goal scorer of the tournament.

At this period, the 22-year-old sportsman debuted for the national team in Euro-2012 qualifying matches. In his first game, he played against Georgia: Perišić stepped in for Ivan Rakitić. The team qualified but failed to win at the group stage.

In May 2011, Ivan played for Borussia for the first time; the team defeated Wolfsburg with the score 3:1.

After one of his first games for Borussia, Perišić came to his fans; he was giving autographs for almost two hours. He confessed to journalists he was impressed with the atmosphere at the stadium. In 2012, Borussia managed to win Bundesliga and DFB-Pokal.

Three years later, Ivan achieved the same result with Wolfsburg. The club bought the player for € 8 million in January 2013. In March, Perišić injured his knee; he recovered only in late spring. The game between Wolfsburg and Borussia took place; Ivan scored two goals in his former team’s gate. In 2015, Wolfsburg won DFB-Pokal and later DFL-Supercup.

Perišić participated in the FIFA World Cup-2014 qualifying games of the Croatia national team. Just like in the previous championship, the team could not get into the play-offs. At the Euro-2016, the situation was slightly better: Croatia qualified from the group stage but lost in the first play-off match against Portugal.

Since 2015, Ivan Perišić has played for Inter. The club bought the sportsman for € 16 million. Perišić debuted three days after he had signed the five-year contract and stepped in for another player five minutes before the end of the game against Milan.

A month later, Perišić scored his first goal for Inter: during the game against Sampdoria, he used Mauro Icardi’s pass.

Although the Croatian player has not reached much success with Inter, his playing is stable. In each season, he has about 40 games, and he scores approximately 9-11 goals.

The sportsman is married; his wife’s name is Josipa. The sportsman has known her from school. The couple married in 2012, and their son Leonardo was born in the same year. Two years later, the daughter Manuela was born.

When Ivan was a kid, some children insulted him and called him a rooster because he worked on his father’s farm. Once, such an argument turned into a fight. Perišić’s parents were summoned to the headmaster’s office. Ivan was afraid, but his father supported him; he gave the son his pocket money for his work and recommended to ignore offenders.

Perišić is known for arguing. Whether it was a coincidence or not, Borussia sold the player to Inter after a heated discussion with the coach. At a press conference, the player complained Jürgen Klopp did not include him to the first eleven as often as he should. The coach of the team replied that public whining was nothing but the action of a kindergartener. He recommended the player who wanted to go to the field “to shut his mouth and try to attract the coach’s attention instead of crying to journalists.”

Perišić is known as the company person who is always ready to provide new players with moral support. Zlatko Dalić who counted on the right atmosphere in the team often said the club would be different without Perišić.

Similar to many players of the Croatia national team, the sportsman has his own Instagram page where he posts photos from matches and practice.

In 2018, the player qualified for the FIFA World Cup in Russia. The sportsman’s performance was successful in all games. He scored the victorious goal in the group-stage game against Island; in the semi-final match against England, Perišić scored a goal and did a goal pass. Today, he continues to serve as an attacking midfielder and second striker.

The contract with Inter expires in 2020. In 2017, the information about the player’s plans to join to Manchester United appeared; however, the transfer did not take place. 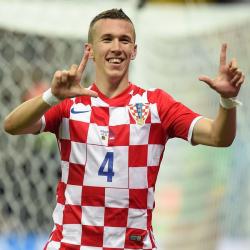