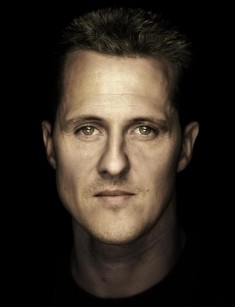 The name of this legendary racing driver has become well-known long ago, and thousands of his followers all over the world try to copy his peculiar style of driving with no luck. We can list his numerous titles, records, and awards for a long time, and his achievements deserve admiration. We're talking about the star of Formula One racing driver - Michael Schumacher.

He was born in 1969 in the German town of Hürth-Hermüulheim. His father Rolf Schumacher owned the city karting path. His mother Elisabeth worked at the school. Michael followed in the footprints of his father and got interested in car racing. At the age of 4, the boy got behind the wheel of the kart for the first time. When he turned 5, he was already driving along the motorway, as an experienced pilot.

It’s worth mentioning another childhood hobby of the racing star. At an early age, Michael Schumacher was attending the section of oriental martial arts. At first, he liked this practice. But when he got involved in the karting, he left judo and karate in the past. His interest in the racing cars overshadowed everything else from the boy's life. He was born for speed.

The biography of Michael Schumacher since the age of 10 is a story of victories at local and regional karting racing championships. Step by step Michael's hobby has developed into his future profession. When the guy turned 14, he received the race license, which enabled him with the chance to take part in world-class championships.

It's evident that Schumacher's main hobby of all his life took most of his time and he lacked time for his studies at school or college. At the request of his parents, Michael has got his education, though he has gripped not much information. The guy didn't have enough time to squat over the books.

Michael Schumacher began his professional career in 1984. Till 1987 the guy has already become the winner of many European and German championships of Formula König series. Since that time, prominent companies began to offer him to conclude the contracts.

What about the famous Formula One, the pilot got here due to one unpleasant incident with the leading racer of the team "Team Jordan" Bertrand Gachot. This guy got into the prison after the fight with a taxi driver because of his violent temper. The owner of the team Eddie Jordan had to find the replacement of Gachot in a short time. At that time there appeared Michael's manager who has succeeded in convincing Jordan that Schumacher fit his demands perfectly. At the same time, the manager has lied that the pilot knew the path well. In fact, the racer saw it for the first time.

Michael' debut race turned out to be successful: he came to the finish the 7th, and it was a brilliant result for the beginning racer. Besides, Michael Schumacher distinguished and attracted attention with his particular style of driving the car. The director of Benneton - Flavio Briatore noticed the promising racer. And then he has poached the guy to his team.

In 1992, the German racing driver came the third in Formula One at Grand Prix in Belgium. No doubt, it was a successful result for such a young racer. At that time he received the nickname of the "Sunny Boy" because of his radiant smile and bright yellow jumpsuit.

Since 1993 till 1995, Schumacher has achieved many victories in different championships. Most experts are sure that the driving racer would produce better results if it were not for the technical issues with the cars.

In 1996, Michael Schumacher accepted the offer on cooperation with Ferrari and concluded the contract for the participation in races in their cars. Two years later the racing driver took the second place driving McLaren racing cars.

In 2000, the racer became the owner of his third champion title. In 2001 he got his fourth title, and in in the summer of 2004, the German owner of several titles became the champion for the seventh time. He has set a record in the history of Formula One.

In 2005, the "Sunny Boy" has had his first failure in the career. The Renault team which confidently got ahead of Ferrari team became the leader of the championship. The Renault driving racer Fernando Alonso received the title of the champion. Unexpectedly, Michael Schumacher took only the third place.

In 2006, Alonso became the winner again. Schumacher announced his finish of the career at the end of the season but stayed as an expert in the Ferrari team.

At the end of 2009, the racing driver concluded the 3-year contract with Mercedes-Benz team. But in 2010 he lost to his partner Nico Rosberg, having taken only the 9th place in Formula One for the first time in his career.

In October of 2012, Michael Schumacher has organized the press conference where he officially announced his retirement and the finish of his career.

The racing driver met his future wife Corinna Betsch at one of the noisy parties. Here the beautiful lady came with her boyfriend Heinz-Harald Frentzen who also was a racing driver. Michael fell in love with this gorgeous blonde the minute he saw her. The girl also liked this passionate guy. She left Heinz in a rather short time.

The young people began to meet each other. They didn't delay with the marriage, and in 1997 they officially registered their relations.

Michael Schumacher has a happy family life. In 1997 his beloved wife gave birth to their daughter called Gina-Marie. Two years later their son Mick was born. The boy has followed into the footprints of his famous father and his uncle Ralph, and at present, he takes part in the races.

The famous racing driver has settled with his family in the small and very cozy Swiss town of Vufflens-le-Château, which is situated close to the Lake Geneva. Moreover, the racer has got an incredibly luxurious and generous gift from one of his wealthy fans - Sheikh Mohammed bin Rashid Al Maktoum. Sheikh has presented the island in the Persian Gulf to the racer. Its cost amounts to $ 7 million.

At the end of December of 2013, there happened a tragedy at the famous Alpine Méribel ski resort. Michael Schumacher was skiing with his son, drove out of the borders of the ski route and continued his way on the slope which didn't have equipment for descending. The sportsman bumped on the stone, lost his balance and fell and injured his head severely. If it were not for his helmet, he would inevitably die immediately.

At first, the state of health of Michael Schumacher didn't give rise to concerns. Most mass media sources have reported that his trauma wasn’t that serious. Though, there was a sudden collapse during the transportation. The doctors had to make mechanical respiration for Michael. The doctors had to do two emergency neurosurgical operations, but they didn't achieve the expected results. It was decided to induce the coma.

The med team, as well as the army the star’s admirers, believed that Michael Schumacher would recover and would come back to full-fledged life. Though, it acquired long-lasting treatment and restoring procedures.

In the summer of 2014, the racer’s Sabina Cam claimed that Michael had left the hospital in Grenoble to continue a long-lasting rehab course. He has woken up from the coma.

In September of the same year, Cam announced that Schumacher had come back home and here he would undergo the rehabilitation procedures.

Unfortunately, we can’t call the latest news about Michael Schumacher positive. Though the health state of the German champion isn’t critical, it causes concerns. Nevertheless, the relatives of the racer and millions of his admirers still hope that soon the legendary sportsman would recover.

To the great sadness of the admirers of the legendary Formula One racer in the of 2016, Sabina Cam claimed that his that the situation was so dangerous that Michael's relatives couldn't provide any details about the millionaire's health state.

In late autumn of 2016, the ex-head of Ferrari team Luca di Montezemolo affirmed the upsetting news about the critical state of health of the famous racer.

But the sportsman's family isn’t in mood give up and hopes for the best. His relatives have spent more than 16 million euros on Michael's treatment. In December of 2016, there appeared information that at present the whole team of doctors takes care of Schumacher. They try to get him back on his feet in home conditions. The unique equipment, using it the specialists work to restore the mobility of the athlete's muscles costs a fortune. 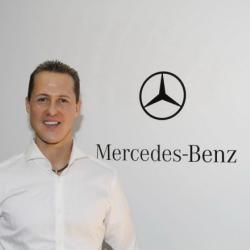