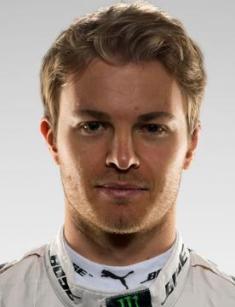 The well-known playboy of the Royal Race, Nico Rosberg, has achieved the desired title at Formula One and left the sport at the peak of his career. The pilot has managed to answer the questions about his biography and the reasons why this happened in his numerous interviews.

In the summer of 1985, the son named Nico was born in the family of the professional driver Keke Rosberg, whose nickname was "Flying Finn". The kid had a difficult childhood, as he had to change the place of residence all the time together with his mother. The child’s father was engaged in his career, so he had to move in and out from one town to another. When Nico turned 10, his family settled in Monaco.

The young man remembers his childhood years with longing. His father didn’t allow the boy to visit parties or to go to the celebrations at his friends’. Keke began to order his son especially strictly when his son found himself behind the cart’s wheel. Following the purpose of making his child similar to him, the man forgot that Nico was still little. Constant workouts have become the life motto of Rosberg Jr.

Maybe that's the reason why the boisterous and curious boy turned out into a reserved and closed young man when he has grown up. Despite his childhood offense for his parents, Nico is grateful to them for the leadership qualities which were instilled to him. Having followed into his father's footsteps, he began his own biography with karting. He didn’t have to do the hard way with races, it seems that his father’s genes have had their role in this.

The year 1999 was marked for the young man with the 4th place at European Karting Championship among the juniors.

After the success, the capable and talented boy was noticed by the representatives of the German BMV Formula and offered him to take a place in the team. Here at the age of seventeen Nico won his first Champion title. This triumph of the young racing driver also didn't happen unnoticed, and the path to the Formula 3 Euro Series was opened to him. In its division, Rosberg Sr. had his own team. Nico became the pilot of Formula 3, though he didn't manage to achieve a higher position than the 4th till 2004.

Having finished his studies at Imperial College London at Aerodynamic courses (2005), Nico Rosberg proceeded with the test races on the cars as a member of the Williams F1 team. The management of the club highly evaluated his technical and professional skills, and the young racing driver was approved for the position of Williams F1chief pilot.

The racing driver had his debut in Formula One in 2005. His first race in Bahrain didn't bring the cherished success to the young man because Rosberg's bolid faced Mark Webber's bolid. Because of the replacement of the front-rear wing, the pilot had to drive to his box, where he lost a lot of time. Having finished seventh, he set a record for the speed of the lap passage. At the same time he became the Formula One youngest pilot who managed to realize this.

In 2006 the season may be considered a failure for the young sportsman, as because of the frequent leaving from the track for technical issues, he took the 17th position in the competition. Rosberg was disappointed greatly with the clear miscalculations of Williams’ constructors and he even was thinking about transferring to a stronger team.

The management of McLaren club offered the racing driver a position in their own team, but he finally gives in the persuasions and left with the profitable Williams contract. Also, the young man changed his partner. At present, he performs with Alexander Wurz instead of Mark Webber. Grand Prix in Brazil has become the winning race of this season, in which the racing driver has arrived the fourth.

The next years from 2007 to 2010 can hardly be called fruitful and useful for Nico’s career. The slow-driving bolid with bad technical characteristics just prevented the racer to show his potential.

The victory in Brazil where the Williams team took the fourth place became the best common result. The pilot was mostly disappointed with the constant failures of his own bolid car. First, there was an oil leakage from the motor during the race, then the gearbox was jamming. Also, the racing driver unexpectedly ran out of fuel, and once there was even an engine explosion– all these failures affected negatively affected the time of the track passing.

Finally, Nico left the British company in 2010 and concluded the contract with Mercedes-Benz GP which was founded on the basis of the team Brawn GP. The future champion was introduced as the chief pilot of the team. After few months Michael Schumacher who is the seven-time world champion became German’s partner. Such partner has inspired the young racing driver for making feats. The first race in the overall ranking resulted in the 7th place.

Then the young man had everything for the achievement of his goal: a high-speed bolid, the eminent partner, the talent and aspiration to work hard and persistently. It worked well in season 2012 when Nico Rosberg won his first challenge. At Chinese Grand Prix the racing driver achieved his first pole position and earned his second podium in Monte Carlo. During this season the young German got into the ten strongest racing drivers, having taken the 9th place in the current standings.

The year 2013 began for Rosberg unsuccessfully, because the bolid car repeatedly went off the track and the racing driver lost the points. By the end of the season, the racing driver equalized the results and occupied the first positions in Great Britain and Monaco. Then his partner was replaced. Lewis Hamilton took the place of Schumacher. Lewis also intends to receive the Champion title.

In a year, Formula One has changed the rules in accordance with which now the racing drivers choose a permanent number for themselves. Nico has chosen the 6th number, as this number brought victories not only to him but for his famous father as well. At the beginning of 2014 season, Rosberg was a leader, but by the end of the year the positions of the forces were changing step by step, and the leadership passed to Lewis Hamilton. This was the consequence of the collision with Lewis at Grand Prix in Belgia. The situation broke Nico morally, and he finished fourteenth and was awarded the title of world vice-champion.

In 2016, the German racing driver finally achieved his own goal and became the world champion in Formula One. Though, after he had received the prize he announced his retirement and leaving sports. He wrote the following phrase in answer to numerous questions from fans:

''During 25 years I aimed at achieving the respect of my father and winning a title of the World Champion. At the present time, nothing keeps me in sports, and I want to dedicate time to my family and daughter.’’

The famous racing driver has known his future wife since childhood, as their mother had a business together. Before getting married young people have lived together for 10 years. Vivian Sibold got pregnant and this fact made the couple get married as Vivian wanted their child to be born legitimately.

Nico's wife adores the creativity of The Rolling Stones and The Kooks. Also, she likes shopping and posting tens of photos on Instagram. The young woman works as an interior designer and likes embroidery.

At present Nico Rosberg is rich and famous. The racing driver left sports at the peak of his career, having left in the memory of his fans a champion who hasn’t been defeated. In 2017 he gave an interview, in which he explained his decision. Till the present time, the sports commentators and news discuss Nico's retirement from Formula One because there appeared lots of rumors and false information.

The champion decided to disprove the rumors and to express his definite opinion in this regard.

"The dream of my childhood which I have been persevering has come true. Now I prefer being a fan more than a participant. All the more, since my wife and I plan to be engaged in the business. Vivian owns an ice cream store in Ibiza, and I would like to create a brand ice-cream chain. Soon we will relocate to the island and we will be engaged in the promotion of the personal ice cream "- with this phrase Nico has dotted the " i. "

What about the net worth of Nico Rosberg, at present it’s estimated at $50 million.