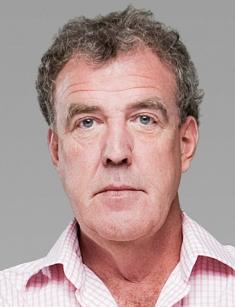 Jeremy Clarkson is an English TV presenter, journalist, and author of weekly columns for the famous UK tabloids. The audience remembers him as the host of the TV show Top Gear.

Jeremy Charles Robert Clarkson was born on April 11, 1960, in Doncaster, West Riding of Yorkshire, England. Jeremey's mother, Shirley Gabrielle Clarkson was a school teacher, and his father, Edward Grenville Clarkson, worked as traveling salesman. His parents were engaged in business and owned a tea-shop, but over time, they were forced to sell the store. Little Jeremy went to a private school, and it was difficult to pay fees. However, a happy coincidence helped the family to fulfill their financial obligations.

When Clarkson was thirteen years old, the boy's mother sewed two Paddington Teddy bears for her children. Soon her toys became popular among the family's friends, and the Clarksons decided to open a new business again, but this time, to sell Teddy bears. Then the family could afford to pay the school fees for Jeremy, but the guy got expelled for misbehavior, drinking and smoking on the school premises. At the same time, Clarkson participated in a BBC radio Children's Hour serial adaptation of Anthony Buckeridge's Jennings novels. He played the role of a student engaged in the school extra curriculum activities. Together with this work, Jeremy was involved in the family business, selling the toys in their shop.

After school, Jeremy Clarkson's biography was connected with journalism. Then the presenter went to work in the local edition of Rotherham Advertiser and then tried himself in the Rochdale Observer, Wolverhampton Express & Star, Lincolnshire Life, and Associated Kent Newspapers. Already in 1984, Clarkson, along with his friend founded an entertainment project Motoring Press Agency, where the guys tested cars and then sent out their reviews to various publishing houses.

After a while, Clarkson's articles began to be published in the Performance Car magazine. Also, Jeremy's writings could be seen in the columns of the Sun and The Sunday Times, as well as other magazines and Newspapers on car-related topics. For a long time, the Britt has been writing for the Canadian magazine Toronto Auto-Star.

Besides, Jeremy Clarkson has published several books on car-related topics. Critics have repeatedly noted that Clarkson's publications are written with humor to attract a broader audience.

Jeremy Clarkson's debut on television took place the moment he came to the Top Gear as one of the presenters. Starting from October 27, 1988, Jeremy worked in the project for 12 years. In 2000, the producers began to release a new version of Top Gear, where Clarkson also became one of the hosts.

Together with other TV stars, James May and Richard Hammond he turned Top Gear into the most popular show attracting a television audience of more than 100 countries. Car related topics were close to the presenter from early childhood. And the program Top Gear and Jeremy Clarkson's Motorworld were the peaks of popularity in the professional career of Clarkson.

Later Jeremy Clarkson became a frequent guest in the British version of Robot Wars, where the presenter starred as a consultant or just a guest star. In 1988, Jeremy launched a talk show called Clarkson, and 27 half-hour episodes aired in the United Kingdom between November 1998 and December 2000. Show-business stars, actor, politicians, and musicians became Jeremy's guests on the show.

One of Clarkson's hobbies is shooting documentaries about automobiles, where the celebrity touches upon exciting topics about the history of technology.

In March 2015, the photos of Clarkson spread around the world media, as the presenter was suspended from filming Top Gear after the scandal between him and the show's technical producer Oisin Tymon. The conflict broke out because the producer did not organize a hot dinner for Jeremy Clarkson and other members of the crew, as it was late, and the kitchen of the hotel restaurant was closed long ago. Jeremy crushed Oisin with the foul language that was typical of the quick-tempered Britt.

It was not the first time Clarkson got into trouble because of his character. In May 2014, he was already given a "last warning" for making racist statements during the show. Then Jeremy knew that if this happened again, he would be fired at any time for one wrong word.

In this conflict, more than 900 thousand signatures were collected in support of Clarkson, but, apparently, the pleadings of fans did not help the TV presenter. On March 25, 2015, Jeremy Clarkson was finally fired from the BBC Channel.

All his life the presenter devoted to the study of automobile technologies. At the disposal of Jeremy Clarkson was a large number of car brands:

In May 1993, Jeremy Clarkson married a woman he had known for a long time, Frances Cain, because she had long worked as the agent of this British TV presenter. Since then, Clarkson's personal life has found a different meaning, which remains untainted so far.

Jeremy Clarkson has a reported net worth of almost $39 million (£30 million). In November 2016, the ex-host of Top Gear show stated that he was going to die soon. The dramatic statement shocked fans who were actively interested in health, physical condition and measurements (it is known that Clarkson's height is 6 feet 43 inches) of the idol.

In an interview with Newsweek, Clarkson said that he was not too worried about the new TV show about cars, which was planned to be released on American television, because soon he would die.

"I'm now 56, it doesn't really matter anymore, because I'll be dead soon. People could say, 'This is a terrible program, and Amazon's wasted its money,' and I'll go, 'Yeah, I'll be dead before they even notice,' "Clarkson said to the journalists.

In social media, users began to interpret the TV presenter's statement in their own way. The fans of Jezza (Jeremy Clarkson's nickname) suggested that such words held a "secret meaning."

Soon it became known that the star cast of former TV presenters Top Gear began to actively prepare a car show on Amazon - The Grand Tour. Jeremy Clarkson, Richard Hammond, and James May stated that the shooting of the new show would be held in different countries of the world. The TV show would be broadcast on the Internet on Amazon Prime channel.

The directors of the TV program, The Grand Tour, managed to develop a format different from Top Gear. The title of the program reflects the desire of the creators to present to the viewer a different way of testing vehicles. The studio episodes were shot in a mobile studio.

"We will travel the world and present each new series from another country. It's going to be like a grand tour, hence, the name of the show. I love camping, but it's so much cooler. We are like pioneers and explorers, going to new frontiers for television", – said Clarkson.

Initially, the TV project was designed for 36 episodes, which the producers planned to shoot within three years. But then the show was renewed for the fourth season, which the guys are filming at the moment. According to American journalists, the new show with Clarkson cost viewers $ 120 per month, and the presenter received a salary of $15 million per year. The budget of the new project of Amazon was $260 million.

At the end of 2016, fans were surprised by the news that Clarkson blew up a house, which cost $5.5 million. Photos of the destroyed building spread around the world through social media.

It is known that the neighbors called the incident "typical behavior of Clarkson." According to residents, Jezza decided not to call the bulldozer, as "a normal person would do," and called the organization, which carried out demolition work.

On the site of a luxurious mansion, Clarkson planned to build a new house. In 2017-2019, the audience's favorite pleased his fans with even more examples of his flamboyant behavior. And the show with the participation of the Britt became no less famous than Top Gear.