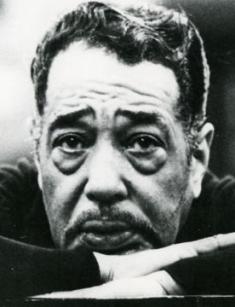 Music helps us to get away from the hustle and bustle of the daily grind and find strength even in the most difficult situations. Therefore, it is not surprising that composers, musicians, and singers have been revered at all times in moments of joy or unrest.

It is fair to say that cheerful, rhythmic music, in particular, jazz, can lift the spirits. Thanks to it the names of such musicians as Louis Armstrong, Ray Brown, Billie Holiday, and Duke Ellington are well-known to the present day.

Edward Kennedy (the formal name of the outstanding jazz musician) was born in the capital of the United States of America on April 29, 1899. The boy was lucky to appear in the family of the butler in the White House, James Edward Ellington, and his wife, Daisy Kennedy Ellington. The father's position screened the boy from the hardships that the dark-skinned people had experienced in those years.

Since he was knee-high to a grasshopper, the mother began to teach Edward to play keyboards (she played well, and sometimes even performed at parish meetings). At the age of nine, the child began taking lessons from a more experienced piano teacher.

The boy began to write his first compositions in 1910. The first surviving work is called "Soda Fountain Rag." This composition was written in 1914. Listening to "Soda Fountain Rag," one can guess that at that time Kennedy was interested in dance music (particularly ragtime).

After graduating from school, where he was studying commercial art, Edward began working as a sign-painter. It was an unchallenging job which brought a good income because the young man regularly got orders from the state administration. But Kennedy did not enjoy this work, and he liked playing the piano instead. As a result, Edward left the job, turning down an art scholarship to the Pratt Institute.

Since 1917, young Kennedy earned a living as a musician and at the same time took lessons from professional piano players.

One day their performance was seen by the bar owner in New York City, who came to the capital on business. He offered the young men to sign a contract. They must perform at his place for several years, and the bar owner guaranteed viewers and a good income for the musicians. Kennedy and the group agreed, and in 1922, they already renamed themselves The Washingtonians and began performing at Barron’s Club in Harlem.

People started talking about the musicians. They began to receive invitations to other places, for example, the Hollywood Club, located in Time Square. The income allowed Edward to continue learning from the acclaimed keyboardists.

The success of The Washingtonians provided an opportunity for the quartet to get acquainted with creative and influential people. To look like the residents of New York City, Kennedy began to wear bright and expensive clothes, for which his comrades gave him the funny nickname “Duke.”

In 1926, Edward met Irving Mills, who later became the musician’s manager. It was Mills who suggested Edward taking a stage name which combined the nickname and his father’s surname instead of his real name. On the advice of Irving, Duke also changed the title of the large jazz band The Washingtonians for Duke Ellington and His Orchestra.

In 1927, Ellington and his group moved to the Cotton Club, in New York City, where he had performed before the first concert tour across the country. During this period, he wrote such compositions as “Creole Love Call,” Black and Tan Fantasy,” and “The Mooche.”

In 1929, Duke Ellington and His Orchestra performed at Florenz Ziegfeld's Show. At the same time, RCA Records (now part of Sony Music Entertainment) recorded the hit song “Mood Indigo,” and the performance of the orchestra was often broadcast live on the radio.

In 1931, Ellington’s jazz ensemble went on the first tour. A year later, Duke and the orchestra performed at Columbia University. It is believed that at the time, the musician achieved the peak of his popularity because then he wrote his legendary works “It Don't Mean a Thing” and “Star Crossed Lovers.”

In 1933, Duke and his musicians went on their first European tour, the main event of which was the performance at the London Palladium. The members of the royal family attended their concert and later Duke had a chance to talk with them.

Inspired by the success of the European tour, the musicians went to a new one. This time, they toured across South America, and then North America. At the end of it, Ellington wrote the hit song “Caravan.” After its release, Duke was named the first American composer.

But the long lucky streak turned into successive failures and setbacks. In 1935 Duke's mother died. It seriously affected the musician, and Ellington had a creative crisis. Nevertheless, Duke managed to overcome it, writing the composition “Reminiscing in Tempo,” which was different from everything that Duke had done before.

In 1936, Ellington first wrote the score for the film. It was Sam Wood's comedy, starring the Marx Brothers. In 1938, Duke worked as a conductor for the Philharmonic Symphony Orchestra that performed at the St. Regis Hotel.

In 1942, Ellington created the score for the movie Cabin in the Sky, and in January of the following year, he drew a full house to his concert at Carnegie Hall in New York City. They donated all concert tickets money to the Soviet Union to help the country during the Second World War.

After the Second World War, people began to lose interest in jazz because they felt depressed and lived in constant dread. For a while, Duke could perform and pay salaries to the artists (sometimes he gave his own money), but in the end, the disillusioned musicians left the group. Ellington began working a part-time job as a film composer.

Nevertheless, in 1956, Duke could return to wider prominence as a jazz musician, performing at the Newport Jazz Festival. Along with arranger William Strayhorn and new performers, Ellington delighted listeners with such compositions as “Lady Mac” and “Half the Fun,” based on works by William Shakespeare.

The 60s of the 20th century saw the second peak in the musician’s career. During this period Duke won 11 consecutive Grammy Awards. In 1969, Ellington was awarded the Medal of Freedom by President Richard Nixon. It is worth mentioning that three years earlier, another President Lyndon Johnson presented Ellington the President's Gold Medal.

Duke got married quite early on July 2, 1918 (at that time the man was 19 years old). His wife was Edna Thompson. They lived together until Ellington’s death.

For the first time, Duke felt bad while working on the score for the film Mindswap, but then the musician did not pay serious attention to that. In 1973, Ellington was diagnosed with lung cancer. The following year, he caught pneumonia and fell ill.

The jazzman passed away on May 24, 1974. Ellington was buried three days later in Woodlawn Cemetery, the oldest cemetery in New York City, located in the Bronx.

Duke was awarded the posthumous Special Pulitzer Prize, and in 1976 Duke Ellington Center was created at St. Peter's Lutheran Church. It is decorated with photos depicting the bright moments of the musician’s life.