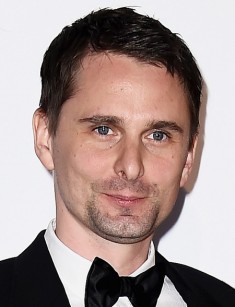 Music lovers around the world associate the name of Matthew Bellamy with the work of the legendary band Muse. Bellamy is a guitarist, keyboard player, vocalist and, of course, the creator and the permanent leader of this group. He has been a true rock legend for more than a decade and, despite his impressive music experience, the band continues to play to a packed house.

Matthew James Bellamy was born in Cambridge, UK on June 9, 1978. The singer’s zodiac sign is Gemini. Matthew was fond of music since childhood because the boy's father, George Bellamy, participated in several bands. One of them, The Tornados, was even popular with rock music fans. It is not surprising that Matthew dreamt of the stage and fame. However, George’s other children (there were two more children in the family — an older sister and a younger brother) showed no interest in music.

Matthew inherited some abilities from the mother too. She was fond of supernatural creatures and, according to her, the woman even talked with the dead and the spirits. Later, Bellamy was seriously puzzled with the idea of the global conspiracy, the plots of the world government, the Illuminati and the aliens, who came into contact with the power players, but everything was carefully concealed.

When Matthew was a teenager, his parents divorced. However, the grandmother had to bring up the young man. At the same time, he began learning to play the guitar to express his feelings and realize his full potential. Later, Bellamy admitted in an interview that he wanted to join Dominic Howard’s local band, Gothic Plague, and prove to his parents and people around him that he was worth something.

He succeeded, and over the next two years, the aspiring musician improved his skills and gained experience in this band. Bellamy also began writing his own song. He left the first songs on the paper but then tried to sing them. Soon the playlist of Gothic Plague, which performed mainly the covers of the famous songs, included compositions created by Matthew. At first, listeners did not appreciate the new songs, but gradually the musician began to attract fans.

After graduation from high school, Bellamy went to travel around Europe. According to the musician, this journey influenced his worldview, filling the gaps in education. It is also noteworthy that when Matthew was in Greece, he wrote the legendary composition "Muscle Museum."

In 1997, a representative of a record company attended Bellamy and his friends’ concerts. The performance impressed him so much that the following day they offered the group a serious contract. It was the beginning of the legendary Muse band and Matthew Bellamy’s music career.

Two years later, the band released the first album, entitled Showbiz. The album immediately became popular, and the group went on the first tour, attracting more and more fans. The Muse second album was released in 2001. Both discs are emotional, expressive and, of course, boast Matthew's unique singing. According to Bellamy, in his youth, he resembled the image of the romantic hero of his compositions.

On the contrary, the next album Absolution turned out to be lyrical and even somewhat depressive. At that time, Matthew Bellamy often complained about problems in his personal life. The young man suffered because women perceived him as a rock star, but not as an ordinary man. It hampered the relationships and made the musician worry.

Besides, this disc showed the singer’s fascination with the theory of world conspiracy. Matthew admitted that the composition “Ruled by Secrecy” was related to the book of the same name by Jim Marrs, dedicated to the secret power.

The 2006 album Black Holes and Revelations also focused on the authorities’ plot and the possible takeover of the Earth by aliens, but it did not sound depressing. By the time of its release, Muse had already become famous all over the world, which was proved with numerous awards and prizes.

In 2008, the band’s members, Matthew Bellamy, Dominic Howard, and Chris Wolstenholme, received an honorary doctorate degree. Two years later, the musicians' riff from "Plug in Baby" was named the Best Riff of the Decade.

It is noteworthy that the first albums of the band were often compared with the work of Radiohead and Queen. However, the Muse members managed to prove their individuality in further compositions. Bellamy often stressed that he was a fan of Sergei Rachmaninoff’s music.

Over the years the Muse playlist has included many soundtracks. There are already a few dozen songs in the creative biography of the musicians, and they continuously include new singles. The most famous singles were the songs recorded for the film The Tourist (composition “Starlight”), the series Doctor Who, the Twilight Saga, as well as for the film Haute Tension with Cécile de France and Maïwenn Le Besco.

Fans are interested in Matthew Bellamy’s personal life no less than in his creativity. At first, the artist’s high voice timbre even provoked a wave of gossips about his sexual orientation, but these rumors were not confirmed.

The musician had the first famous love affair with actress Kate Hudson. The lovers even celebrated the engagement, and in 2011 the young woman gave birth to Matthew’s first son, Bingham Hawn Bellamy. Unfortunately, three years later, the couple announced the breakup.

The musician was not alone for a long time. In 2015, the photos of Matthew Bellamy with actress and model Elle Evans already appeared in the press, and after a while, the couple officially confirmed the relationship. In 2017, it became known that Elle would soon become the musician's wife. The young woman posted a picture of a beautiful ring on her finger and wrote about their engagement on Instagram.

Nowadays Matthew Bellamy and his colleagues are busy recording a new album. It is already known that it will be released in November 2018.

It should be mentioned that in February, the band has already released one track of the upcoming album Thought Contagion, and in late August, the musician posted on Instagram the video of his guitar solo for the new song "The Dark Side." 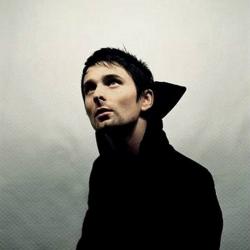