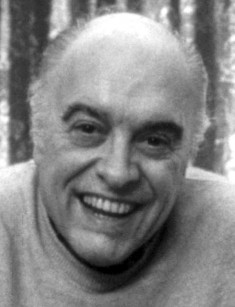 The Golden Age of the Italian cinematography became Carlo Ponti’s environment. The great 1950-1960s were marked with the classic works of Federico Fellini, Luchino Visconti, Michelangelo Antonioni, and Vittorio De Sica. At the same period, Carlo Ponti’s producing career was flourishing. Overall, the man produced more than 150 movies. He also contributed to the world of cinematography by presenting the actress Sophia Loren who became his beloved wife and muse.

Carlo was born on December 11, 1912, in Magenta, Italy. There is no information about his parents. The boy’s grandfather was the head of the town. All biographical sources describe the producer’s biography from the moment the young man began to work at his father’s sheet music store to collect enough money for entering the university.

Initially, Carlo was interested in architecture but later chose law studies and entered the University of Milan. From an early age, the boy aimed high in his career so that his life would be wealthy. Little by little, the smart young man was moving toward his future success.

In 1934, Ponti received his diploma and began to have the private practice in Milan. Once, he started working with a movie company lawyer. Gradually, Ponti learned the details of the movie industry which gave him the opportunity to become a significant party in the whole system.

Carlo Ponti tried himself in producing movies in the late 1930s. Mario Soldati’s Old-Fashioned World began the man’s debut. The melodramatic story is set in the mid-1850s when the territorial conflicts in Italy and Austria occurred.

The movie was successful, but the political anti-fascist message did not satisfy the Nazi government. For some time, the young producer was put in prison. In 1941, the actress Alida Valli who played Luisa won the Golden Lion at the Venice Film Festival.

The same year, Ponti accepted the offer from the Roman company Lux Film, but the beginning of the war destroyed the movie maker’s plans. He came back to the studio only in the mid-1940s and worked productively for several years creating about ten full-length movies.

The next stage was Ponti’s own movie production. In 1950, Carlo Ponti and the Italian and American producer Dino De Laurentiis, a notable figure in the post-war cinematography, founded Ponti-De Laurentiis company. Ponti’s best works pertain to the period of the collaboration with this company. The producer presented Roberto Rossellini’s Europe '51, Vittorio De Sica’s The Gold of Naples, and Federico Fellini’s legendary The Road that won two prestigious prizes: the Golden Lion in Venice (1954) and the Academy Award (1957).

Before the company closed in 1957, it presented the classic movie War and Peace 1956) starring the Hollywood stars Audrey Hepburn and Henry Fonda. In the late 1950s, Ponti came to the international movie market and worked as a co-producer in France, Great Britain, and the USA.

By that time, the producer was married to Sophia Loren. He spent time in France collaborating with Vittorio De Sica. The duo produced the Academy-Award-winning Two Women (1960), Yesterday, Today, and Tomorrow (1963), and Marriage Italian Style (1964). Loren got the lead roles in these projects.

Ponti collaborated with French directors as well. He produced Jean-Luc Godard’s A Woman is a Woman that won two awards at the 1961 Berlin International Film Festival and cooperated with Claude Chabrol and the Belgian Agnès Varda.

In 1965, the movie Doctor Zhivago turned out to be a great success. The movie was based on Boris Pasternak’s novel under the same title; the British director David Lean created the movie. Doctor Zhivago was recognized worldwide; it was the laureate of five Golden Globe awards, and the box office was $111,7 million.

The collaboration with the Italian director Michelangelo Antonioni presented the movies Blow-Up (Palme d'Or at the Cannes Film Festival), Zabriskie Point, and The Passenger.

The master’s last works are dated back to the 1990s. The TV movie Saturday, Sunday and Monday starring Sophia Loren is one of the brightest projects of that period.

Carlo Ponti’s personal life could make a good series. He was a successful, middle-aged movie-maker; she was a young beauty: it was like an ordinary melodrama plot. He was a 38-year-old jury member; she was a 16-year-old beauty pageant participant.

Ponti complimented Sophia’s bright appearance and invited her to the auditions. Further on, it was like the Pygmalion and Galatea story: the producer began to sculpt the lady, the woman, and the actress from a young, uneducated, provincial girl. Soon, her vulgar manners disappeared: she became stylish and more broad-minded thanks to numerous books she read. The man’s trainee was reborn; she got a pseudonym Sophia Loren.

The Italian debuted in Vittorio De Sica’s The Gold of Naples i1n 954. By that moment, Sophia was head over heels in love with her teacher and icon. The young actress commented on her feelings:

Ponti could not remain cold to the talented young protégé, yet he was married. Giuliana Fiastri was his first wife; two children, the daughter Guendalina and the son Alex, were born in this marriage.

The Italian laws banned divorces, so the producer tried to outwit it and divorced in Mexico; Carlo and Sophie married there as well. However, the severe blow from the Italian authorities followed: the state did not acknowledge the legitimacy of the divorce. Carlo was named a bigamist, and Loren became the partner of the married man. The couple decided to move to France; they spent several years there and missed their home country.

Ponti managed to divorce only in 1966. By that time, Carlo, his first wife, and Sophia became the citizens of France and could divorce officially. Finally, the lovers married. In 1969, Loren and Ponti’s first child, Carlo, was born. Four years later, Edoardo was born. The elder son is a famous conductor and lives in the United States. The younger son followed in his father’s footsteps and started producing movies.

Carlo Ponti died in Geneva on January 10, 2007. The pulmonary disease was the cause of death. The man was buried in Magenta; the family and close people were present at the funeral ceremony. 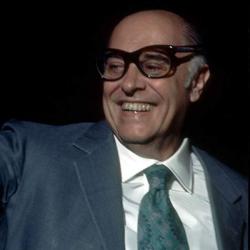