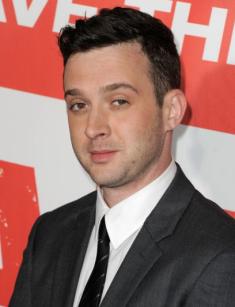 The actor has been involved in the world of show-business since the very childhood. He is one of those people who found passions of their live as children and never betray their choice. So, Thomas played his first role being a 7-year-old kid. Nowadays, being a 38-year-old celebrity, he has a long list of projects he has taken part in recording of and doesn’t think about quitting his career. Are you interested in Eddie Thomas’ life? Read the article right now!

Actor's birthplace is New York. As for his nationality, he has Jewish ancestors.

Thomas showed apparent inclinations towards the world of show-business since being a baby. He liked arranging performances at his own house for parents, relatives, and pals. Remarkably, his father and mother noticed his talent from the very beginning and supported young star.

Having turned 7, Thomas made his theatre debut – he acted in a play held at the New York Theatre. At the age of 10, Thomas was cast of the play Richard III. When he was 12, life gave him his debut Broadway role – he acted in Four Baboons Adoring The Sun. 1997 was marked by Eddie Thomas' playing in The Diary of Anne Frank – he co-starred there alongside Natalie Portman and Thomas Lennon. So, at the moment of completing his high school education, he had already established himself as a successful Broadway star.

1994 brought the actor his first small-screen role – he was seen playing in an episode of the series entitled Are You Afraid of the Dark? Two years later, fans could watch one more project featuring Thomas – drama named Illtown. The celebrity played Young Falco. Moreover, around that time, Eddie Thomas was among actors performing in the series Law & Order (alongside John Cho) – he appeared in numerous series of the project. Later, he was invited to act as absolutely another character in the season 10 of the show.

As for the following pictures Eddie Thomas starred in, in 1997 he played the character Nat in the movie Mr. Jealousy. The next year, he acted as a dishwasher in the drama movie entitled Harvest. Besides, he was seen in an episode of the TV series named Felicity.

As for the year 1999, the celebrity played in the horror movie about the other world entitled The Rage: Carrie 2. He co-starred there alongside Dylan Bruno and Emily Bergl. Several months later, he appeared in the comedy American Pie playing Paul Finch. That year Thomas also was seen acting in the drama named Black and White. In 2000 he got the role in the situation comedy entitled Brutally Normal and in the series Harold & Kumar. Starring in the latter one, he acted as Andy Rosenberg, the secondary character.

In 2001 the actor began appearing as Mike Platt in the comedy named Off Centre. In 2006 he became a real star of the comedy Til Death – the show was canceled in 2008. Two years later, Eddie Thomas played in the series How to Make It in America. In 2014 the actor co-starred alongside Jadyn Wong in the TV series Scorpion.

Moreover, he gave his voice to several characters of American Dad!.

Eddie Thomas’ net worth is evaluated at $7 million.

Speaking about Thomas' relationships, he has been romantically linked with Ari Graynor. They got acquainted in 2008 while shooting a movie. Remarkably, the two wanted to keep their affair in secret, but failed to do it – together, they visited luxurious events provoking rumors in social media about 'the chemistry between them.' Some people even supposed the girlfriend would become Thomas’ wife.

However, their alliance didn't last for a long time, and they broke up for unknown reasons.

Nowadays, it is not known if Eddie Thomas has a partner. But it is known for sure – the actor has never been married.