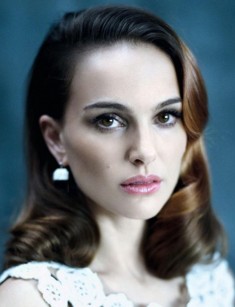 Natalie Portman is an American actress and the Academy Award for Best Actress winner. Her biography includes more than 40 roles in movies many of which became iconic and classic right after their first show.

The star of the movies “Leon: The Professional,” “Star Wars,” and “Black Swan,” Natalie Portman quickly climbed to the very top of Hollywood and conquered hearts of millions of fans all over the globe. Portman played her first role at 13 and immediately became a popular young actress. Natalie is also known for her public position: she is a vegetarian and animal rights protector who has quitted wearing fur, leather, and even feathers.

The talented girl who won the love of millions was born on June 9, 1981, in the holy city Jerusalem. Before her debut in the movies, her surname was Hershlag. The actress’s father Avner Hershlag was a respected doctor specialized on infertility problems. The medical professionals of this high qualification were always in-demand in the UA, so the family moved to Washington in 1984. Avner started improving his skills and sent his daughter to a Jewish school where Natalie received a decent education and remembered her family roots.

At school, the girl was quite good; she learned Hebrew, English, French, and other languages which significantly helped in her acting career. Since 4, Portman practiced dancing. In summer holidays, she would go to the children’s camp where kids’ acting abilities were developed.

Later, the would-be actress’s family moved to Long Island where Natalie went to secondary school. In terms of education, the future star was responsible: the girl liked to study and gain new knowledge. The young Portman was fond of sciences and even became a co-author of the academic work “A Simple Method to Demonstrate the Enzymatic Production of Hydrogen from Sugar.” The girl actively participated in scientific exhibitions, contests, and events. If the fate were different, the world would never know the talented actress Natalie Portman but have the scientist Natalie Hershlag.

Having finished school, Portman entered the Harvard University and received her Bachelor’s Degree in psychology. In 2004, Natalie turned to education again and entered the Hebrew University of Jerusalem.

In 2007, Natalie created the shoe brand: according to the activist, the products are made of synthetic material that can replace the shoes made of animal materials. The Hollywood star also took part in the PETA campaign that promoted rejection of fur clothes.

Natalie Portman’s career was developing so fast and dramatically that almost every role in the actress’s long filmography is worth mentioning specifically. At 11, the girl realized who she wanted to be in future. The young actress was visiting all auditions, and in 1993, she got lucky: Natalie took the leading part in the iconic movie “Leon: The Professional” by the French director Luc Besson.

At that time, the actress turned from Hershlag into Portman – the girl took the surname of her grandmother on the mother’s side. It is peculiar that initially Natalie was rejected because the director’s assistant considered Portman too adult. However, the director did not approve any of the suggested actresses, the auditions were to be continued so that the dropped-out candidates including Portman were involved again.

The young actress charmed Besson with her acting and the incredible ability to cry for real on a single command which became the critical factor in favor of Portman. For the 13-year-old girl, it was a smashing start that brought the green actress numerous offers.

The next role turned out not so outstanding, but, again, the actress had a chance to star with the leading Hollywood actors Al Pacino and Robert de Niro in the movie “Heat.” The ambitious girl managed to achieve a lot: in all movies, the actress was playing with the most famous stars, and it was to make an impact on Natalie’s success. The movies starring Portman received positive critical responses, and the girl’s acting talent was often praised.

Natalie won the true success and the world’s recognition after her appearance in the iconic movie “Star Wars: Episode I – The Phantom Menace” by George Lucas that came out in 1999. For the role of the Queen Amidala, the ruler of the planet Naboo, the actress rejected other offers. According to the story, Natalie’s character had a double – the servant who was played by Kira Knightley. At that time, she was unpopular; by the make-up artists, she looked exactly like Natalie.

The similarity between the two actresses was so striking that it served as the road-opener for the young Knightley in the world of the big-screen movies. The audience was fascinated by another part of their favorite movie, but the critics were not merciful to the director’s work: the movie was nominated for the Golden Raspberry Award several times. One nomination referred to the actress indirectly: it was the Worst Screen Combo.

The next stage in the actress’s career was the role in the movie “Closer” where she starred with Julia Roberts. For this role, Portman got her first Golden Globe Award and was nominated for Oscar.

In 2008, the actress debuted as a director and scriptwriter of the short-length movie “Eve.” As Natalie said, it was her grandmother who inspired her to create this plot and the image of the main character.

In 2010, Portman played a ballet dancer in the much-talked-about movie “Black Swan.” Mila Kunis played the ballet dancer who was the main character’s rival.

To play the dancing character authentically, Portman spent much time training and lost 9 kg. However, the actress’s skills were not enough to perform professional moves, and the ballet dancer Sarah Lane was a dubbing actress during challenging moments.

For her work, Portman received the long-awaited Oscar. After that, the scandal regarding the number of dances performed by the actress broke. Lane claimed that she had danced in the majority of scenes while the director Darren Aronofsky announced that Portman had taken part in 80% of these scenes.

In 2011, Natalie Portman joined the Marvel universe movies: the actress played the main female character in the movie “Thor.” Natalie became Jane Foster, the scientist and the thunder god’s lover who was also a warrior replacing Thor when he left the heroic position in the comics. In 2013, Natalie returned to the figure of Jane in the sequel “Thor: The Dark World.”

In 2015, the Israeli movie “A Tale of Love and Darkness,” that became Natalie’s full-length directing debut. The actress played the main character, Fania Klausner.

The Natalie Portman fan club in Instagram has more than 200 thousand followers. According to this page, the actress has no official account in this social network. It is not surprising: Portman does not like to speak about her personal life, even though she calls herself an open person.

In 2000, Natalie met and dated the young actor Gael García Bernal, but the couple’s relationships lasted no longer than a year. Later, the actor confessed he did not want to break up with the actress, but it was hard for him to keep up this relationship because of the different work schedules. Natalie was filmed in Hollywood while Bernal worked in Europe.

On the set of “Black Swan,” the actress met the ballet dancer Benjamin Millepied. In 2010, Portman’s representatives announced that the couple were engaged and expected a baby. In 2011, the son Aleph was born. Next year, the star couple were noticed wearing wedding rings, although the actress’s agents did not confirm the rumors about the wedding. The ceremony took place in August 2012 according to the Jewish traditions.

In January 2013, the family decided to move to Paris where Benjamin got the job of the artistic director in the local ballet theater.

In 2016, three movies with Natalie Portman came out. In March 2016, the premiere of the western movie “Jane Got a Gun” took place. Natalie played the criminal’s wife who protected the farm from her husband’s former accomplices. The scenario had been worked on for a long time, and the cast was constantly being changed. In 2011, the original scenario was even included in the blacklist of the best not-yet-produced screenplays.

In September 2016, the drama biography “Jackie” was out, the premiere took place at the Venice Film Festival. The movie pictures the famous murder of John F. Kennedy from an unexpected angle. The events after the death of the country’s leader are shown, and Jackie, Jacqueline Kennedy, who became a widow, is in the center of the plot. The movie portrays the husband’s funeral and the former first lady’s attempts to overcome the situation. The movie received positive critical reviews and was nominated for various prestigious awards.

Before the first show, the audience liked the movie due to the interesting, stylish video that charmed viewers.

The next day “Jackie” was premiered, the French-Belgian drama “Planetarium” was presented. Portman played the young woman who, along with her sister, claimed that she had supernatural abilities. The role of the Natalie’s character’s sister was played by Lily-Rose Depp, the daughter of Vanessa Paradis and the Hollywood actor Johnny Depp.

In March 2017, the movie about love triangles “Song to Song” was out. The drama starred Natalie Portman, Rooney Mara, Ryan Gosling, and Michael Fassbender. The movie critics’ reviews were mixed.

The premiere of the movie “Annihilation” where Natalie played the leading role took place. In 2018, the movie “The Death and Life of John F. Donovan” is to be out. 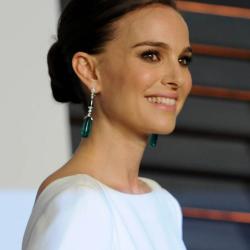