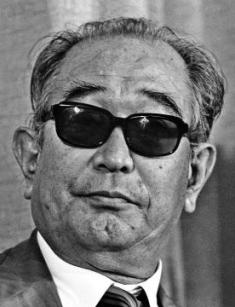 Akira Kurosawa is an iconic Japanese director, one of the most influential movie-makers all over the globe. He became a classic cinematographer in Japan and abroad; particularly, the master was more famous outside his country. The director’s artistic achievements had an impact on the typical American genre, western.

Overall, the director worked for 57 years and created 30 movies; in his most fruitful time, he could premiere two projects a year.

The would-be genius was born in March 1919 in Tokyo. The boy became the youngest among eight kids of the school principal Isamu Kurosawa whose ancestors were samurai.

The father contributed to his children’s upbringing: he instilled the love of literature in them and introduced cinematography. Isamu wanted his offspring to know the Japanese and foreign cultures well.

Little Akira showed many talents. He was good at painting, and one of his works participated in a prestigious exhibition when the young man was 18. The first success encouraged Kurosawa to enroll at an art college, but the attempt was a failure. The young man was upset and kept looking for the meaning of his life. When he turned 26, Kurosawa got hired as a director’s assistant at a prestigious studio.

Akira’s career was developing slowly. He watched famous Japanese directors and realized he would like to do the same. However, the young man debuted as a screenwriter.

Horse Kurosawa’s first work; although it was not successful, the newbie had the opportunity to practice. Two years later, Judo Saga was released and brought recognition; critics noticed the young director. The audience also appreciated the story about martial arts and the 19th-century judo; the sequel came out several years later.

Every following project was more successful than the previous one. When World War II finished, Akira presented the drama Drunken Angel. The main character (Toshiro Mifune) is a doctor who tries to save a gangster. Mifune was not a popular actor back then, and Kurosawa actually discovered his talent. Later, the artist and the director collaborated in 15 movies.

Fame came in 1950 when the first masterpiece, Rashomon, was released. The classic writer Ryūnosuke Akutagawa’s story “In a Grove” served as the initial material. Although his other story, “The Rashō Gate”, was not used in the script, the atmospheric similarity was evident.

It was the Jidaigeki genre: the movie about samurai living in Feudal Japan. Despite the culturally specific style, the director made the picture international and understandable for any person.

The project brought Kurosawa the first prestigious award: The Golden Lion at the Venice Film Festival. The western world welcomed the movie; the box office was more than impressive.

The father’s influence manifested itself in Akira’s work in the 1950s. The man showed his son the beauty of literature, including Russian books. In 1951, the director presented the interpretation of Fyodor Dostoyevsky’s The Idiot. The story was set in Hokkaido, though.

The next year, Kurosawa got inspiration from the Russian classics again and filmed the philosophical drama To Live based on Leo Tolstoy’s novella The Death of Ivan Ilyich. The main character is a bureaucrat from Tokyo.

The masterpiece The Lower Depths followed in 1957; Maxim Gorky’s play provided the material. Akira’s version was notable for some irony installed in the story.

In 1954, the inimitable gem Seven Samurai was released. Similar to Rashomon, it is a Jidaigeki movie. Kurosawa splendidly united west and east in his cinematography. What made this movie legendary was the combination of various traditions, elements, and archetypes found in high and pop cultures.

The 1970s were challenging for the director. Weird as it may seem, he was not popular in Japan. While the western world praised him, the man encountered numerous financial ordeals; he almost committed suicide for this reason.

One of Kurosawa’s movies, Dersu Uzala, appeared thanks to the Russian studio Mosfilm; all the previous works were in Japanese. It gained two Academy Awards and the Golden Prize at the 9th Moscow International Film Festival.

Speaking of the last master’s works, the Samurai epic movies The Shadow Warrior and Ran stand out. The audience also remembers his famous dramas Rhapsody in August (1991) and Not Yet (1993). These projects were nominated for Oscar.

The great director met his would-be wife, the actress Yōko Yaguchi, at the movie set of The Most Beautiful. The project was filmed at a factory and portrayed the women who worked there. Kurosawa made the actresses live there so that they would get into their characters genuinely. Soon, the artists rebelled, and Yōko Yaguchi was supposed to negotiate with the director. Their conversation led to a romance.

The couple’s family life was happy; they had no scandals or conflicts and lived together until Kurosawa’s death. Two children were born in this union. The son Hisao became a producer; the daughter Kazuko devoted her life to fashion design.

In 1995, when the director was working on his last movie, he had a severe back injury and continued his life wheelchair-bound. Akira dreamed of dying at his workplace, but life turned out to be different. 88-year-old Kurosawa died of a stroke in a hospital. It happened on September 6, 1998.

In 1999, Takashi Koizumi honored the genius’s memory and presented the Japanese-French movie After the Rain based on Kurosawa’s script. Koizumi involved those who had been related to the master. The composer Masaru Sato who had collaborated with him before created the soundtrack; the son of Toshiro Mifune, Shirô Mifune, played one of the characters.

Akira Kurosawa’s net worth was $97 million.