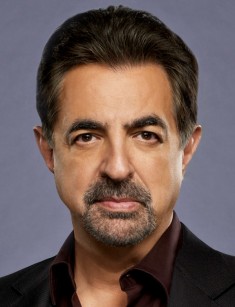 The talented American actor, Joe Mantegna, began his acting in theater productions. Nowadays he has a lot of projects in his filmography. Joe became famous for the roles in the films Forget Paris, The Godfather Part III, Criminal Minds, etc.

Joe was born in the autumn of 1947 in Chicago, Illinois, USA. Although the boy lived in America from childhood, he is Italian. His mother, Mary Ann, is a native of the southern region of Italy, Apulia, and father Joseph Henry Mantegna was born in Sicily. The man died of tuberculosis in 1975, when his son was 24 years old. The mother of the actor passed away in 2017 at the age of 101.

The boy was raised Catholic, and he studied J. Sterling Morton High School East in Cicero. He showed his acting talent during his school years, and in high school, Joe even auditioned for the musical West Side Story. Although he did not get the role then, he clearly understood that his future life would be connected with acting.

Upon graduation from high school, Mantegna entered DePaul University, a Roman-Catholic university, in Chicago, which was founded by the French Vincentians. The young man also studied acting from 1967 to 1969 there. While studying at the university, the young man played the bass guitar in local clubs with a youth band. The man still keeps in touch with his old bandmates.

Joe Mantegna first performed on the stage in 1969. He made his debut in the world famous production Hair. It is a psychedelic musical that was staged in New York City and then moved to Broadway. 9 years later, the actor participated in other Broadway productions. Subsequentrly, the man co-wrote the play Bleacher Bums, which enjoyed great success and even won several awards.

Joe made his movie debut in 1976 in the short movie Medusa Challenger and later appeared in the TV series Soap. In 1979, he played in the mini-series Elvis with Kurt Russell. It was followed by a few more roles in films and short films. Although at first, the actor played minor characters, they gave the man experience and contributed to his career development.

1983 was a turning point for the actor because he met famous director David Mamet. The man turned his life upside down. At that moment, the director had just decided to change theatre productions for films, and he immediately invited Joe to shoot in the first movie. However, Mantegna played in projects of other directors. Moreover, they noticed him and began to offer different roles actively.

In 1983, the actor played in the comedy Second Thoughts, and in 1985 in the detective story Compromising Positions. More than 3 million viewers watched this movie. Although Mantegna got a bit part there, it made him famous and served as a springboard to further roles. Then, the man worked in the films Off Beat, Critical Condition and Suspect. In 1990, the final part of the famous gangster saga The Godfather Part III was released, where Joe also played.

Mantegna not only starred in films but also worked as a voice actor. From 1991 to 2011, he voiced bandit "Fat Tony" in the animated series The Simpsons, and in 2011 Grem in the cartoon Cars 2.

At the beginning of the 2000s, the actor was at the peak of popularity and often received filming proposals. During this period, the man appeared in the movies Body and Soul, Off Key, Laguna. In the last film, he got a leading role and coped with it perfectly. In 2004, the actor was invited to play in the Italian movie Pontormo: A Heretical Love.

In 2007, Joe Mantegna began acting in the American television series Criminal Minds, which told about the work of the best FBI investigators, analyzing the train of thought of the most dangerous criminals and thus preventing horrendous crimes. Viewers watched 13 seasons of the series with pleasure.

Meanwhile, Mantegna found time to work in other films. In 2009, he starred in the movies The House That Jack Built and My Suicide, in the film Compulsion in 2013, and in 2015, he played in the film Kill Me, Deadly.

The actor has a happy personal life. He married Arlene Vrhel in October 1975. Her profession is not connected with the cinema world, the actor’s wife runs a business. The woman has her restaurant named Taste Chicago in Burbank, California.

They have two children. Daughter Mia was born in 1987, in childhood, the girl was diagnosed with autism. However, this did not prevent her from earning a living on her own; she works as a makeup artist. The second daughter of the couple, Gina, was born in 1990, and at the age of 18, she changed her name and became Gia. In 2018, the couple celebrated their 43rd wedding anniversary.

Attentive viewers have noticed the actor’s asymmetrical face. In 1988, during a performance, the man was stricken with Bell's Palsy, neuritis of the facial nerve. Joe believes that this was due to the busy schedule and constant stress. Although considered temporary, the man still has persisting facial characteristics of the disease.

Now Joe continues to film in the series Criminal Minds. In May 2018 the release of the 14th season of the favorite TV series was announced.

Despite the busy schedule, the actor cares about his looks. Although the man doesn’t tell his weight, he looks quite slim with a height of 181 cm. Mantegna communicates with fans on Instagram, where he often posts photos of filming and his personal life. 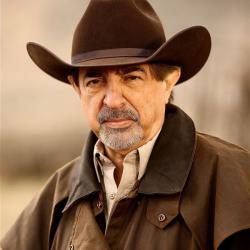