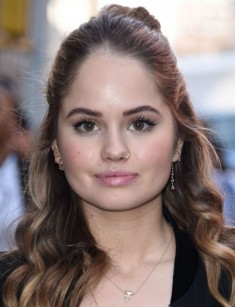 The actress and singer Debby Ryan has started her career on Disney TV channel, with the roles of the positive heroines. Some time later the hardworking actress has achieved recognition not only of her young fans but also of senior generation. Debby who spent the most of her free time on her career doesn't plan to stop at the achieved results. By her own recognition, the ambitious actress plans to show her skills not only in the comedy genre but also in the dramatic images.

Deborah Ann Ryan (the full name of the actress) was born on the 13th of May, 1993 in the town of Huntsville situated in the State of Alabama. The girl became the second child at the family of Ryans. Missy and John Ryan already brought up their son Chase. Children were born with the difference in 2 years that’s why since childhood they were close friends and helped each other.

Because of her father’s work (John Ryan is a military), his family had to change locations very often. Living in Germany, Debby spent a lot of time attending additional courses to learn the German language. The girl attended the church choir and drama school. Besides her good pronunciation, the child has gained stage experience which predetermined the future of the movie star.

Already at the age of seven Debby understood that she would like to become an actress. The attractive child received episodic roles in the TV commercials, but the girl’s true career began after her family returned to the USA.

The actress didn’t have any problems with the acting skills, but the American school became a real trial for Debby. Pupils often laughed at the diligent schoolgirl, and the girl’s hobby of playing chess became the main reason for the mockery and humiliation.

Everything changed in 2006, after the invitation to the series under the title Barney & Friends. The small secondary role in the children’s series opened the doors of the American movie studios to the girl.

Debby received her first serious role at the age of sixteen. Disney movie studio invited the actress to take part in the shootings of the series Hannah Montana. The young actress has played her role successfully that the scriptwriters of Disney have introduced her character to two sequels of the series The Suite Life of Zack & Cody and also The suite life on deck.

Alongside with the shooting in Disney projects Debby was engaged in the development of her music career. In 2009 the actress released the singles "Adios" and "I am a Country Girl." Her elder brother Chase helped her with its creation.

The actress continued her cooperation with the children’s movie studio. In 2010 there was released the movie 16 wishes in which Debby received the leading role. Already on the premiere day, 5.6 million Americans have watched the movie.

In 2011 the young actress was approved for the major role in the family sitcom Jessie. The series was broadcast on Disney during four seasons after what the management decided to close the project without explaining the reasons. During the shootings, Debby managed to try herself as a director and shot three episodes on her own.

In 2012 Debby again appeared in front of the spectators in the image of the positive teenage character. The movie Stick It in which the actress played the main role hasn't become a sensation. The admirers of the actress's creative work liked the soundtrack "We Got the Beat" which was composed by Debby, especially for the movie. The song is a cover on the composition of The Go-Go's band.

The same year Debby decided to take a break in her movie career and to create her music band. The Never Ending trio performs music in indie, folk and country genres. In June of 2013, the band released the first single under the title "Mulholland Drive." They released their next composition "Secondhand" only in 2015.

The Mysteries of Laura. The girl performed the role of Lucy Diamond, a drug addict, and stepsister of the leading character.

Alongside with the series the actress took part in the creation of the comedy web series Sing It!.

However, the image of the hardworking favorite of the American teenagers was a little bit spoiled after the actress had had a road accident in April of 2016. During the inspection, it was revealed that Debby was driving after consuming alcohol.

By the opinion of the American press, Debby had her first serious relations with the actor Gregg Sulkin. The young people often attended the social events together though they haven’t officially confirmed that they have had relations.

In 2012 paparazzi have captured Debby with the actor Lucas Till for a couple of times but the artists' secret meetings have come to an end in a few months. The love affair with Josh Dun is considered to be the only one official relationship of Debby. Josh is a drummer of Twenty One Pilots band.

Young people met each other in 2013 and broke up already in a year. Hard working schedules became the reason for their parting. However, Josh and Debby have managed to stay friends. The actress and the musician are often seen walking together that’s why their fans still hope that they will reconcile.

In 2018 the actress doesn’t have time for her personal life at all. Debby is actively engaged in the movies and gives interviews in which she tells about her new projects. In April there was premiered the movie Every Day in which the actress performed the secondary role. Debby appeared in front of the spectators in the image of the sixteen-year-old beauty - the sister of the main heroine. The ghost who is capable of changing bodies with other people has fallen in love with her.

The premiere of one more film is set for the first part of 2018. Melissa McCarthy, Gillian Jacobs, and Maya Rudolph will take part in the comedy Life of the Party, together with Debby.

The release of the picture Cover Versions has become one more important event for the actress. The shooting of the picture was finished in 2017, but the premiere of the detective was held in the USA only a year later.

The actress spends her spare time together with her family and friends. The girl often goes to yoga with her mother and likes to go fishing with her elder brother. Moreover, the actress regularly gives live broadcasts from her account on Instagram in which she answers the questions of her fans. Debby doesn’t hesitate to appear before her fans in her natural look, that’s why there are lots of cheerful photos on the social works of the actress. 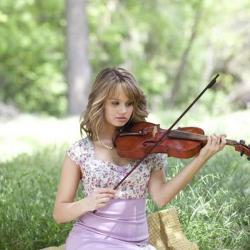