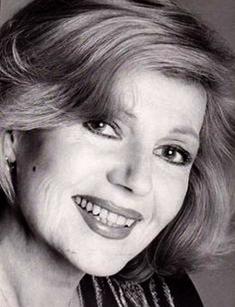 The Hollywood actress Rita Hayworth is one of the best-known stars of the 1940-s who became famous not only due to the shootings in the American movies, but she was a great dancer as well. Despite this fact, she was just once nominated for Golden Globe Awards and wasn’t nominated for Academic Awards at all.

Margarita Carmen Cansino, the initial and original name of the future actress, was born in autumn of 1918 in New York. Her father Eduardo Cansino had a Spanish background, the man was working as a choreographer and even founded his own dancing studio. Her mother was a chorister in the theatrical shows of Ziegfeld Follies which at that time were very successful. The parents of the girl were creative people that's why the future of the actress was predetermined already in childhood.

When Rita was three years old, her father brought the girl to the dancing school where later she would spend time till night. In such a way Margarita began to be engaged in the dancing. In fact, the girl’s practice of choreography replaced education for her. This happened because of the fact that the girl had frequent training and performances and had to skip the lessons at the school.

A little bit later Cansino’s family moved to Los Angeles where the girl’s father opened his new dancing studio which became popular in a short time and was demanded among the residents of the city. During some time the school functioned successfully, though after the economic crisis called Great Depression Cansino’s business fell into decay, and he had to close the school.

In order to earn some money, all the family decided to travel around the country, entertaining the public with dancing performances. Margarita had to become mature at an early age. At the age of twelve, she already was an attractive girl and looked more like an adult girl than a child.

The dancer attracted the views of the audience, and the owners of the movie studios often paid attention at her. At that time she began to receive her first offers on the participation in the musicals. Though, her young age and absence of the artist’s education didn’t allow her to get leading roles. So, her participation in the performances was limited to the dances on the background.

The actress took part in her first shootings in 1926 in the movie under the title La Fiesta. Since that moment the girl fell in love with cinematography and finally decided that she would dedicate her life to the movie industry. Next time she received the invitation to take part in the picture only in 1934, and the girl's name even didn't appear in the titles. The year 1935 didn't bring popularity to the actress though it was plentiful for her. The future actress appeared only in the dancing scenes. In a couple of movies, she performed together with the Hollywood star, dancer, choreographer and singer Fred Astaire.

Hayworth’s first husband Eddie Judson helped her to find her way to the world of big cinematography. Edwards had some communications in the show business industry. Thanks to him the girl concluded the contract with the well-known studio Columbia Pictures. Thus, in 1939 Rita enriched her filmography with the movie under the title Only Angels Have Wings. Though it wasn't the main role, she performed the noticeable character, and the spectators liked her from the first seconds of her appearance on the screen. Then Jean Arthur and Cary Grant were working on the same movie set with the girl.

After this, the actress began to receive more and more invitations to take part in the shootings. For a couple of years she took part in the following movies - Music in My Heart, Susan and God, Angels Over Broadway, The Strawberry Blonde and other pictures.

The year 1941 became important for the actress as that year Hayworth took part in the movie Blood and Sand. As earlier the girl generally appeared in the roles of the dancers and plain women, the role of the beautiful woman Doña Sol was perceived by the audience cautiously. However, the actress didn’t disappoint the audience. Many people noted her professional acting skills at that time.

Hayworth was at the peak of her career in the same year 1941. And her popularity wasn’t connected with cinematography but with the shootings in the popular Life magazine. The photos of the girl appeared on the cover of the edition and at once attracted the great interest of the male audience. Rita was posing in a revealing swimsuit what was rather frank at that time. But not only the shootings for the magazine brought to the actress the status of the "sex bomb."

The posters with the actress were popular during a long time, and in 1982 even the writer Stephen King included the name of the actress in his story which he called "Rita Hayworth and Shawshank Redemption."

Sometime later there came out the screen version of the book called The Shawshank Redemption. This movie tells the story about the prisoner Andy Dufresne who during twenty years was making a hole in the wall to escape from the prison. He covered the hole with the poster of the actress so that the supervisors couldn't notice the hole.

After the movie Gilda the actress played roles in the following pictures – The Loves of Carmen, Salome, Separate Tables, The Happy Thieves. In 1964 the woman took part in the movie Circus World, and after this, her career started to decline.

In 1937 Rita had cardinal changes in her personal life. She met with Eddie Judson, and they started to have a relationship in a short time. The man didn't have a good reputation, he was known as an adventurer, and his name often was connected with the mafia. Though the girl wasn't confused with the fact and Hayworth believed that he would help her to debut on the big screen. And her intuition didn’t fail. Judson became the first husband of the future actress, though the majority understood that it was a marriage on convenience.

When the actress was young, the Spanish roots were obvious in her appearance. To have more chances to get the best role in the movies, her husband offered her to have plastic surgery and cosmetology. Except for the fact, that the woman dyed her hair in red color, she had a rhinoplasty and using the electrolysis had her line of the hair on the forehead lift. As a final touch, she changed her Spanish name of Margarita Cansino for more sonorous American name of Rita Hayworth.

Orson Welles became the second spouse of the actress. The movie director saw his future wife on the screen after the movie Blood and Sand was released. The actress enchanted the man with her beauty, he left all his business and went to the USA to find her. In a short time, Rita divorced Judson and got married to Welles. In this marriage, Rita gave birth to their daughter Rebecca. The man even shot her in the leading role in the picture The Lady from Shanghai for which the woman dyed her hair in the blonde and had her long hair cut. Soon after this, they divorced.

Later the actress married Prince Aly Khan who was a son of the sultan Aga Khan. In this marriage, Rita Hayworth gave birth to their daughter Yasmin. The woman didn’t have more children after this. And in 1953 the actress divorced the prince and married Dick Haymes. Their marriage with the American singer and actor lasted for two years. James Hill was the last husband of the woman. However, they also divorced in 1961.

In the late sixties, the Hollywood star began to have health problems. At that moment she began to have the first symptoms of Alzheimer's disease. At first, the doctors couldn't diagnose her correctly and considered that the symptoms appeared because of the alcoholic intoxication of Hayworth’s organism.

Though the actress was only 54 years old at that time she finished her acting career after she had played a role in the movie The Wrath of God. With time the disease was only progressing, and the actress began to have blackouts in her memory. And in 1981 Los Angeles court defined the actress under the care of her daughter Yasmin as she couldn’t take of herself anymore.

As during the young years the actress couldn't dedicate a lot of time to her children, in the old age she made up for lost time. Yasmin loved her mother very much and was near her till the last days. Rita Hayworth died at the age of sixty-eight in 1987. Probably, a disease of the actress which for years was aggravating woman’s health became the cause of her death probably. 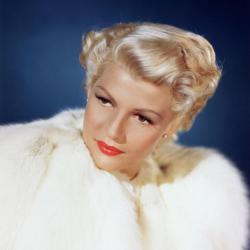