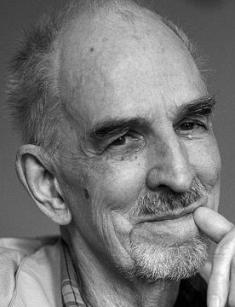 Ingmar Bergman is a globally famous director, the master of independent cinematography, and screenwriter who became a classic figure in his lifetime. Besides, Bergman was a splendid producer, camera operator, and actor. Many of his movies are the treasure of the world’s culture.

Overall, the man created more than 60 feature movies and documentaries and more than 170 plays staged in 30 European theaters. He won three Academy Awards and had six nominations for it, as well as about 50 other prestigious prizes. The Scandinavian genius is as respectful as Luis Buñuel, Akira Kurosawa, and Federico Fellini.

The future movie-maker was born in summer 1918 in the old town, Uppsala, located in 70 km. from Stockholm. The boy grew up in the family of a Lutheran minister and a nurse. They had three kids: Dag, Margareta, and Ingmar. The parents brought them up strictly and used physical punishment.

Ingmar showed an interest in cinematography and theater at nine. His elder brother received a motion-picture projector with a kerosene lamp for Christmas. Young Bergman was excited and dreamed of having the “magic lantern”; he offered Dag his precious collection of tin soldiers for the projector.

The experiments with the new toy marked the beginning of Ingmar’s art. The uncle helped him draw figures on a film, and the boy projected them with a box camera. Thus, the first animated movies appeared.

At 12, the teenager touched the real theater magic: August Strindberg’s play was staged, and Ingmar was allowed to go backstage during the performance. It was breathtaking for him to watch actors.

From that time, Bergman’s only entertainment was to experiment with the projector and self-made theater. He tried various lights, set designs, plays, and theater forms. At 16, the young man took an exchange program and went to Germany, where he met his peer from Hitlerjugend and got absorbed with NSDAP ideas.

In 1937, 19-year-old Ingmar entered a college in Stockholm; however, he spent little time on his majors (Literature and History of Art) because of the youth theater. When the family learned that Bergman was playing truant, a conflict occurred; the future director left the parents’ house.

Ingmar quitted the college soon and got hired as a theater property man; he went to a tour, but it failed. The theater ceased to exist and left the young man with no money. Bergman was lucky, though: he became a director’s assistant in an opera theater and wrote his first plays in his spare time.

The way to success started in the 1940s: the young playwright’s work was staged in a student theater. The premiere received a favorable review in a daily tabloid and attracted the attention of a motion picture studio Carl Anders Dymling. Ingmar was invited to the company to edit other writers’ scrips and create his own.

School memories inspired Bergman for the script with the self-explanatory title Torment. One of the Swedish cinematography founders, Victor Sjöström, took an interest in it; the premiere of the movie was held soon. Both critics and the audience in America and Scandinavian countries welcomed the project.

1946 brought Ingmar’s debut as a director: he created the drama Crisis. Although it failed, Bergman rehabilitated the same year with the popular melodrama It Rains on Our Love. In fall, the director joined Gothenburg Сity Theater. He wanted to direct new movies, but producers were interested only in his scripts.

In 1948, the Swedish director presented the fourth movie based on his script: the drama Music in Darkness about a blind pianist. It was commercially successful and got the nomination for The Grand Jury Prize at Venice Film Festival. The black-and-white drama Prison followed in spring 1949.

The master began the 1950s with the drama Summer Interlude; later, he called it the most significant work in his filmography. Experts and ordinary viewers appreciated the movie. The silent period followed: Swedish studios protested against the harsh tax politics in the country. Further on, Bergman came back to work and released the comedy Smiles of a Summer Night in the mid-1950s. Although it was not popular among the Swedish viewers, it won a prize in Cannes.

In 1957, fans could enjoy another masterpiece, the drama The Seventh Seal. It was created incredibly fast: 35 days. The director gained the jury’s special prize at Cannes.

Bergman continued to work hard on movies and plays. By the end of 1957, he presented The Misanthrope that proved to be the most important event in Swedish theaters. The same year, one could see another movie hit, Wild Strawberries; it was the last work of the actor and director Victor Sjöström.

In 1960, The Virgin Spring was premiered. While the director called it “a wretched imitation of Kurosawa”, critics’ opinions were more favorable: the drama won the Academy Awards.

1961-1963 brought the Faith Trilogy: Through a Glass Darkly, Winter Light, and The Silence. The former gave the director the second Academy Awards and the nomination for the Golden Bear. The third movie was famous and scandalous because of many provocative scenes. The public outrage led to threats to Bergman and his family, yet it also marked tremendous popularity.

In 1966, the chamber drama Persona with Bibi Andersson and Liv Ullmann came out; it enjoyed many prestigious prizes. The movie became one of Bergman’s most discussed works. The black-and-white anti-military drama Shame and the only thriller Hour of Wolf summarized the artistic achievements if the 1960s.

The next decade brought four classic projects. The psychological drama Cries and Whispers was challenging for the director because of the financial crisis. It received the Academy Awards and the Cannes Grand Prix; all in all, there were 20 prizes and seven nominations. The mini-series Scenes from a Marriage and the musical The Magic Flute were equally popular.

In January 1976, the director was accused of tax default; the following arrest and scandal in the media led Bergman to a nervous breakdown and three weeks in a mental hospital. In April 1976, the man left his home country to protest against the bureaucratic pressure.

As an immigrant, the master presented the chamber melodrama Autumn Sonata; his favorite actresses played the main characters: Liv Ullmann, Ingrid Bergman, and Lena Nyman. It was one of the last works of the director’s namesake, Ingrid Bergman.

The Swedish genius directed his last eight projects abroad. Fanny and Alexander, From the Life of the Marionettes, and Karin's Face were the brightest pictures and brought new awards. The last project appeared on the screen in 2003: it was the spin-off of Scenes from a Marriage, Saraband.

Ingmar Bergman was an amorous and changeable person. He had many women in his life; five of them became his wives. The director had nine children, including two out-of-wedlock kids.

When Ingmar left the college and joined a traveling theater, he met the actress Else Fisher; they married in 1943. The same year, their daughter Lena was born.

Two years later, Ellen Lundström replaced her; Fisher had recommended her to her husband as a choreographer. In 1948, the second wife gave birth to the daughter Eva, the son Jan, and the twins Mats and Anna. However, family and financial problems led to the divorce.

Further on, Ingmar fell in love with the journalist Gun Grut; they had a son together. Bergman cheated on his wife soon, and they broke up.

In 1959, the director’s private life changed again: he married the famous pianist Käbi Laretei. They spent seven happy years together until Bergman had an affair with the Norwegian star Liv Ullmann at the movie set of Persona.

He built a family nest on the island of Fårö for the woman. In 1967, Liv gave birth to the daughter Linn, but the happiness did not last long; the couple split up.

Only the fifth wife, Ingrid von Rosen, brought the director peace and harmony.

In 1987, Bergman presented a book where he shared his childhood memories and described the work on the first plays and movies. In 2006, the collection of memoirs The Magic Lantern and Images: My Life in Film, as well as interviews and articles, came out.

In 1995, the director said the last good-bye to his beloved Ingrid. After she passed away, the man lived as a hermit in his house on Fårö. Sometimes, friends and children visited him there.

The movie master died in summer 2007 in his sleep. He had celebrated the 89th birthday two weeks before his death.

The director was buried in an island; the next year, the fifth wife’s ashes were taken from the Norrtälje cemetery and buried next to her husband. There is a tombstone with the couple’s names and dates of their death on the grave.

Ingmar Bergman’s net worth was unknown.