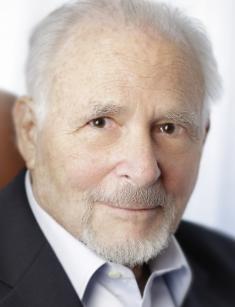 Paul Ekman is an American scientific psychologist, a former professor at the University of California, who devoted his life to the study of human emotions and the phenomenon of lies, he has a Ph.D. in clinical psychology. The talented writer, in the process of searching for an answer to the questions: "Why do people lie?" and "How to recognize a liar?", has created a method of teaching "Truth Wizards", which is widely used in criminology and other spheres of social life.

Paul Ekman was born on February 15, 1934, in Washington, D.C.. His father was a pediatrician and his mother - a lawyer. His sister Joyce is a psychoanalytic psychologist, who practiced in New York City until her retirement.

In his childhood, Ekman was an exceptionally bright student. Without graduating from high school, at the age of 15, he entered the University of Chicago, where in three years he received a bachelor's degree in psychology. At the time, Paul was fascinated by group therapy sessions, which were held for students, the list of participants included writer Susan Sontag, film director Mike Nichols, and actress Elaine May.

This practice was the subject of the first study of the young Ekman, which he conducted at the University of New York under the direction of his professor, Margaret Tresselt.

In 1955, Paul completed his graduate studies at the Adelphi University and defended his Master's thesis in clinical psychology. His project was based on the observation of patients at the Langley Porter Neuropsychiatric Institute and focused on facial expressions and body movements.

In 1958, Ekman was drafted into the U.S. Army as first lieutenant-chief psychologist, where, in addition to performing his duties, he observed the changes in the mind and behavior of the infantry during their basic training.

At the end of his military service, Paul studied verbal behavior in patients at the Palo Alto Veterans Administration Hospital. In 1963, these studies helped the young scientist to receive a grant from the National Institute of Mental Health (NIMH), which for the next 40 years funded Ekman's projects on the features of nonverbal behavior.

Expanding the geographical range of the studied objects, in 1965 Paul started taking an interest in the field of cross-culture. He first tracked the emotions and gestures of the citizens of Bali through films shot by anthropologist Gregory Bateson, and then went to Papua New Guinea to observe the people of wild tribes. The result of three years of work was the confirmation of Darwin's theory of the universality of facial expressions and the publication of the project entitled Facial Action Coding System (FACS).

In 1967, Ekman, together with his colleague and army friend Wallace V. Friesen, and psychologist Maureen O'Sullivan took an interest in the phenomenon of lies. The scientists made their first discoveries in this area, in the process of observing the faces of patients with suicidal tendencies, who tried to hide the motives of their actions.

His research work Paul combined with teaching at the University of California in the Department of Psychiatry. There, he led a project called "The Wizards Project" and studied people's ability to detect lies. After testing 20 thousand people from different social classes, including representatives of the FBI and secret services, Ekman found that only 50 subjects were able to identify fraud with an accuracy of at least 80%.

"Truth Wizards" had a natural ability to recognize microexpressions and detect lack of correlation between emotions, body language, and spoken words. At the end of the experiment, Paul continued to work with the test winners to answer the question: "Where does the skill of detecting lies come from?"

Besides, the scientific psychologist has created a simulator for "wizard apprentices," using which everyone can determine how much they are competent in the identification of fraud. Telling Lies became the lifework for Ekman and his colleagues. The scientist published many works devoted to this issue, and after leaving his professorship, he founded the Paul Ekman Group (PEG).

Since 1957, Ekman began to publish his research papers in the field of psychiatry and behavioral analysis. In his first paper, he focused on methods of describing nonverbal communication, developed during his internship at the Langley Porter Psychiatric Institute. Paul found that facial muscle movements that create facial expressions could be accurately identified through empirical research. According to him, people are able to reproduce more than 10 thousand facial expressions, 3 thousand of which relate to emotions.

In the Facial Action Coding System, published in 1978 in collaboration with Wallace V. Friesen, Paul described the emotional labels of the nations of Western and Eastern cultures, among which the universal labels were anger, contempt, happiness, sadness and some others. Based on this system, the researchers have developed an anatomically proved system that describes all the visible facial expressions as the signs of some emotion.

In 1990, the scientist added to the system expressions, encoded not only in the facial muscles but also in body movements and gestures. It included contempt, satisfaction, embarrassment, excitement, guilt, the pride of achievement, relief, sensual pleasure, and shame.

Besides, Paul, together with his colleague, developed and described tools to identify more subtle mind states that appear when someone wants to suppress their emotions. It helped psychiatrists to "read" patients with Asperger syndrome (AS) and autism.

Later works of Ekman are devoted to Ekman's Lie to Me, in which the scientist sought answers to the questions: "Why do people tell lies? How to recognize a liar through observation? Who is capable of doing it?" During this period, Paul wrote the books Why Kids Lie: How Parents Can Encourage Truthfulness; Telling Lies: Clues to Deceit in the Marketplace, Politics, and Marriage; Unmasking the Face and others.

In 2008, Ekman published an interview with the 14th Dalai Lama, in which the prominent representatives of Eastern and Western culture discuss acute issues and try to find answers to many philosophical questions. The book Emotional Awareness: Overcoming the Obstacles to Psychological Balance and Compassion enriched the readers' knowledge about science and religion, emotional states, meditation practices that can be used to achieve emotional balance and experience joy.

In the 2000s, Ekman's popularity reached television. In 2001, Paul worked with the British actor John Cleese on the BBC documentary series The Human Face. The aim of the project was to study the human face for genetic resemblance, physical attractiveness and the ability to express emotions without the help of words.

In 2009, the scientific psychologist became the prototype of the main character of the series Lie to Me, Dr. Cal Lightman, who led The Lightman Group, a team of specialists of lie recognition. The show, partly based on Ekman's biography, aired on Fox in 2009 and lasted for three seasons. Paul was the scientific supervisor of the film crew and the personal adviser of Tim Roth, who played the leading role in the television series.

The series demonstrated the methods of fraud identification invented by Ekman, and to some extent, the show popularized Ekman's simulator, and also showed the limitless possibilities of applying the Facial Action Coding System to bring about justice.

In 2015, Paul helped the director Pete Docter in his work on the animated film Inside Out. The scientist wrote a guide for parents, telling them how to present the animated story so that children could understand their own emotions and the feelings of fictional characters.

Little is known about the personal life of Paul Ekman; as a psychologist, he prefers to keep family relationships secret.

In the introduction to Why Kids Lie, the author mentions his adopted son, Tony, who, as a teenager, lied to Paul and his wife, Mary Ann Mason, and organized a noisy party in a summer house without their knowledge. In the middle of the book, there are also several chapters devoted to the author's relatives, which consider examples of relationships based on his own experience.

Ekman has a daughter, Eve, who received a Ph.D. On his official website, the psychologist told about their joint work on the publication of Atlas of Emotions with the support of the Dalai Lama, published in November 2018.

Ekman is a practicing psychologist working for Paul Ekman Group, which teaches emotional skills, behavioral analysis and other aspects of non-verbal psychology.

Now the founder and the head of PEG teaches the participants of the program “Ekman Associates”. In the spring and autumn of 2019, Ekman plans to hold trainings in England, where for three days he will teach those who want to acquire the skill of emotion recognition and analysis of verbal and non-verbal behavioral signals. 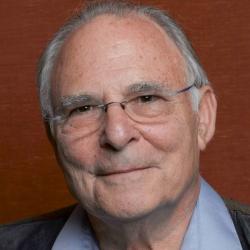