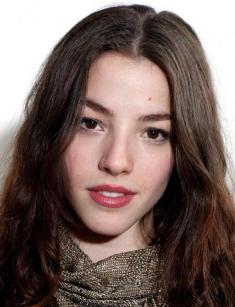 The American actress Olivia Thirlby earned her fame for the movie Juno where she played Leah, the best friend of Ellen Page’s character. Soon, Vanity Fair called her a member of “Hollywood's New Wave”, and the artist received many new offers.

The future star was born in fall 1986 in New York, US. The girl was active and cheerful. She grew up in a wealthy family: the mother worked as an executive director of a large advertising company. Thanks to her social status and financial opportunities, the woman had her daughter accepted at the best private school in the prestigious neighborhood, East Village.

At that time, a year at Friends Seminary school cost $40 000. However, the parents wanted the girl to receive the best education; they also encouraged Olivia to do arts. When the parents realized their daughter was gifted, they sent her to the French Woods Festival of the Performing Arts. It was not only the place of children’s vacation but also the chance to attend various classes including acting. The camp was located two hours’ drive from New York, and talented young actors from all over the world gathered there.

After summer, the girl attended American Globe Theatre and the Royal Academy of Dramatic Art in London. Olivia liked Shakespeare’s plays, and she succeeded in them. Teachers expected Thirlby to fly high soon.

After graduation, the young woman entered the British Academy of Stage and Screen Combat. By that time, she had gained some knowledge and did accelerated learning: Olivia wanted to work on movies as earlier as possible.

The actress debuted in cinematography in 2006 and participated in United 93. It is the story about the tragic events on September 11, 2001; the chronology of events is shown in detail. The project budget was $15 million; its box office was $76 million worldwide. Although Olivia did not become popular after the movie, it was only the beginning.

Soon, Thirlby was invited to the series Kidnapped; the audience welcomed the young actress, and the first wave of popularity took place. More and more directors wanted to collaborate with Olivia. She appeared in the movie Snow Angels and grabbed people’s attention in the movie Juno where she gained the role of the main character’s friend. The latter project proved to be popular among teenagers, and the young audience remembered Thirlby.

In October 2007, the melodrama The Secret was premiered; Olivia got the first lead role in her career. She had the opportunity to co-star with David Duchovny, Lili Taylor, and Jane Wheeler.

In 2008, the actress appeared in the movie The Wackness that won Sundance Audience Awards and played Stephanie, the main character’s friend.

Although the actress was actively engaged in movies and series, she did not forget theater. In 2008, she played Molly in Farragut North at Linda Gross Theater. In 2012, critics welcomed Olivia’s work in Lonely, I'm Not at Second Stage Theater.

2009 brought Uncertainty, The Answer Man, Breaking Upwards, Bored to Death. Later on, the actress appeared in No Strings Attached, The Darkest Hour, and Being Flynn.

In 2012, Thirlby played Cassandra Anderson in the fantastic action movie Dredd. The story is set in the future where the traditional judicial system can no longer be used. Police officers, prosecutors, and lawyers have to act in a different, more cruel way. Although people continue to commit crimes, they are terrified to meet Judge Dredd.

The audience loved Olivia’s roles in The Wedding Ringer, The Stanford Prison Experiment in 2015. 2016 was marked with the series Goliath and the movie Between Us. The next year, Olivia participated in Chappaquiddick. In 2018, the movie Damascus Cover and the thriller White Orchid starring the actress came out.

There is no information about the artist’s personal life: she keeps all her relationships secret so that fans can only guesstimate what is going on. Olivia has no husband and children.

In 2011, Olivia participated in iO Tillett Wright’s project: the photos of LGBT people were exhibited there, and the actress appeared in one of the pictures. She said in her interview to Brooklyn Magazine she was bisexual and supported LGBT communities.

Nowadays, Thirlby continues to work on various projects. 2019 will bring the drama You Above All.

Despite her busy schedule, the actress tries to communicate with her friends on Instagram and Twitter; she regularly posts photos there. The celebrity likes nature and traveling and spends much time with her friends. Besides, Olivia keeps fit: judging by her pictures where she is wearing a swimsuit, the artist is in perfect shape now. 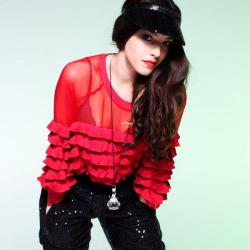