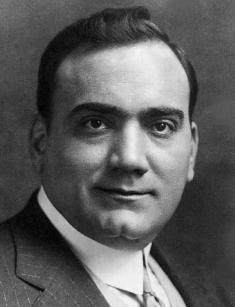 Enrico Caruso is an Italian opera tenor who successfully performed at the best opera houses in Europe and America, appearing in a wide variety of roles from the repertoires that ranged from lyric to the dramatic. During his life, the singer released about 260 records from 1902 to 1920, which span most of his stage career and remain popular today.

Enrico Caruso was born on February 25, 1873, in Naples, Italy, in a low-income family. He was the third son of seven children and survived infancy. There was an interesting story in the memoirs devoted to the singer's life. It says that his mother gave birth to 21 children, 20 boys and a girl. The widow of the tenor and some of his friends told this legend, but subsequently, biographers and researchers refuted it.

Caruso’s father was a mechanic and foundry worker. He believed that his son should follow in his footsteps. At the age of 11, Enrico was apprenticed to a mechanical engineer who constructed public water fountains, and the boy helped to install them.

At his mother’s insistence, Caruso attended school and received a basic education under the tutelage of a local priest. He learned to write in a handsome script, studied technical draftsmanship, and began to sing in the church choir. The boy's voice was so good that he and surrounding persons thought that he should give up design and construction and begin his musical career.

Enrico’s mother encouraged the son’s creative aspiration. After her death in 1888, Caruso found a job as a street singer in Naples and began performing at local cafes and soirees to earn money to support his family.

In his youth, the tenor gave concerts at the Italian resorts, which brought a good income. He completed a compulsory military service, at which point he grew to believe that singing was the only thing he wanted to do.

In the spring of 1895, Caruso made his stage debut at the Teatro Nuovo in Naples in the amateur opera L'Amico Francesco, by the composer, Mario Morelli. It was followed by a string of further engagements in provincial opera houses, which he combined with singing lessons under the guidance of conductor Vincenzo Lombardi.

He was still short of money, which can be proved by the publicity photograph of 1896 that depicts him wearing a bedspread draped like a toga since his sole dress shirt was away being laundered. At the early stage of his musical career, Caruso was booed during one of the concerts in Naples because he failed to pay a claque. This incident hurt the singer’s pride, and he vowed never to appear on the stage in his native city again.

In 1900, Enrico made a breakthrough in his career. He signed a contract with the famous Italian opera house, La Scala, and on December 26 made his debut as Rodolfo in La bohème by composer Giacomo Puccini. Caruso toured with the theater troupe across the capitals of Europe and America, sang for high-level officials, including the Russian Tsar, who came to listen to the Italians to the Mariinsky Theatre in St. Petersburg.

The first significant role of Enrico was Loris in the opera Fedora by Umberto Giordano, which he first performed at the Teatro Lirico, Milan, in 1898. Then he took part in a grand concert on the stage of La Scala, dedicated to the memory of the composer Giuseppe Verdi. Other participants of the performance were leading Italian tenors Francesco Tamagno and Giuseppe Borgatti.

The contract with the theater was completed in 1902, and Caruso was hired to make acoustic recordings for a fee of 100 pounds sterling. Ten discs quickly became bestsellers and made the young singer famous in the English-speaking world. As a result, the management of London's Royal Opera House, Covent Garden, signed Enrico for a season of appearances in eight operas, including Giuseppe Verdi's Aida and Wolfgang Amadeus Mozart's Don Giovanni.

Caruso made his debut at Covent Garden in the middle of May 1902 as the Duke of Mantua in the production of Rigoletto. His partner was the highest paid diva, Nellie Melba, who praised Enrico's voice but considered him to be a less sophisticated musician than the great tenor of that time, Jean de Reszke.

After a theater season in London, Caruso moved to New York City in 1902 and signed a contract with the famous Metropolitan Opera. At the same time, Pasquale Simonelli, who became the tenor's agent, banker, and impresario, negotiated Enrico's agreement with the Victor Talking Machine Company, which lasted until the end of his life. In February 1904, the first collection of songs was released, which brought the performer a good income. "Santa Lucia," one of the most famous songs in the great tenor’s repertoire, was also recorded there.

In addition to the regular engagements in New York City, Caruso gave recitals in the cities of America and Europe. He toured across Europe before the outbreak of World War I, appearing again at Covent Garden as part of a UK tour. In 1906, during the trip of Metropolitan Opera artists in San Francisco, Enrico found himself at the epicenter of the earthquake. Fortunately, he and his colleagues did not suffer, but the theater lost a significant part of the costumes, musical instruments, and sets.

Caruso's timbre darkened as he aged, and he began changing lyric of the performance adding heroic parts. The singer toured the South America countries of Argentina, Uruguay, and Brazil, gave a concert in Mexico City, he was paid $ 10 thousand for his only performance in Cuba in 1920. In September 1920, Caruso concluded recording sessions, which became the last in his life.

In 1904, Caruso purchased a luxury villa in Italy, near Florence. There he rested in between performances. In New York City, the singer lived in a suite at Manhattan's Knickerbocker Hotel. Having become wealthy, Enrico commissioned the New York jewelers Tiffany & Co. to strike a gold medal adorned with the tenor's profile, which he presented to his agent and friend Pasquale Simonelli.

Caruso was involved in an unpleasant incident in 1906. He was charged with an indecent act because he pinched a married lady at New York's Central Park Zoo. The tenor claimed a monkey in a cage nearby did the bottom-pinching, but he was arrested and fined $ 10. This situation almost put the singer's career to an end, but thanks to his extraordinary voice and talent he managed to keep the love and devotion of the public.

Before the outbreak of World War I, Caruso had a relationship with Italian opera singer Ada Giachetti, who was married to manufacturer Gino Botti. During their relationship, the woman gave birth to four children, but two of them died in infancy. The diva left her husband and settled in the house of the famous tenor, but did not become his wife. Eleven years after the beginning of the love affair, the couple broke up, and Ada attempted to sue him and get a significant part of Caruso’s fortune.

In 1918, Enrico improved his personal life marrying a young socialite, Dorothy Park Benjamin. A year later, the couple had a daughter, Gloria. During the tour, the husband and wife exchanged love letters, some of them were included in the memoirs written by Dorothy after Caruso’s death. The musical film The Great Caruso, directed by American Richard Thorpe in 1951, is dedicated to their relationship. Actor and singer Mario Lanza played the role of the tenor.

Caruso’s health deteriorated due to a sedentary lifestyle and a passion for strong Egyptian cigarettes. By 1920, his health left much to be desired. Besides, during one of the concerts, a falling pillar hit Enrico on the back, over the left kidney. After this incident, the tenor was diagnosed with intercostal neuralgia and severe episode of bronchitis.

In a while, Caruso suffered a throat haemorrhage, and the singer canceled many performances. In 1921, the list of the singer’s diseases also included purulent pleurisy and empyema. He underwent seven operations to remove the excess fluid from the chest wall and lungs, and he had temporary relief.

In the summer of 1921, Enrico suffered from excruciating pain in his side. After being examined by a local Neapolitan doctor, his health condition deteriorated considerably. Having consulted with the Roman surgeons, they decided to remove the singer's left kidney.

Caruso stayed overnight at the Vesuvio Hotel in Naples on his way to the clinic in Rome in early August 1921. Suffering from insomnia, he took morphine and went to bed. The tenor did not survive the night, and he was found dead on August 2, 1921. Doctors attributed the likely cause of death to peritonitis arising from a burst subphrenic abscess.

The farewell ceremony of Caruso was held at the Royal Basilica of the Church of San Francesco di Paola. His embalmed body was preserved in a glass sarcophagus at Del Pianto Cemetery in Naples. About 15 years later, Caruso’s coffin was closed, and the grave was decorated with the picture of the grieving Madonna.

The composition "In Memory of Caruso," best known as the song by Luciano Pavarotti, is dedicated to the last days of his life. 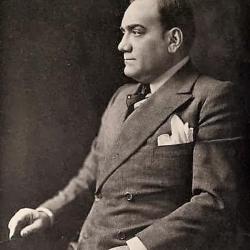