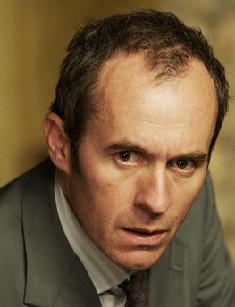 Stephen John Dillane is an American actor who has appeared not only in movies and TV shows but also on the stage of a theater. Dillane is famous for his dramatic roles of Prince Hamlet in Hamlet and Henry in The Real Thing. In 2009, Stephen became an owner of BAFTA for Best Actor.

Stephen was born in England in 1957. His mother, Bridget (née Curwen), was English, and his father, John Dillane, was an Australian. There are no lots of knowledge about Dillane’s family. It is known that his dad was a surgeon, that Stephen has a younger brother and also a sister. By the way, his brother is Richard Dillane, an actor who starred in Oranges and Sunshine (2010), Argo (2012), etc. They all grew up together in West Wickham, Kent.

When Stephen was in school, he acted in some plays sometimes but never really thought about becoming an actor. After school, he entered the University of Exeter and studied history and political science with the concentration on the Russian Revolution. Then, he worked as a journalist for the newspaper Croydon Advertiser, although, he did not like his job. One day, Dillane read the story about Trevor Eve, who gave up architecture for acting. That inspired him a lot, and Stephen went to the Bristol Old Vic Theatre School at his mid-twenties.

During the beginning of Dillane’s career, his stage name was Stephen Dillon, but in the 1990s he changed it back to the birth name.

Dillane’s debut role on the television was Bradford Galt in the TV series Remington Steele in 1985. After that, Stephen was focused on his career at the theater, and his next appearance was his role of Horatio in Hamlet (1990), what is interesting because in theater Dillane was Hamlet, but in the movie – Horatio. However, the first Dillane’s appearance that found some response in British television viewers’ souls was his role of Jonathan Byrne in The Rector's Wife (1994).

Dillane’s previous occupation (journalism) reminded of itself in the film Welcome to Sarajevo (1997), where Stephen played the leading role of Michael Henderson, a journalist.

In 2011, Stephen became a part of the cast of Game of Thrones as King Stannis Baratheon. Speaking honestly, Dillane did not really like to play in Game of Thrones; he was not interested in his own personage and considered this work to be a kind of project just for some money. So when his character was killed, Stephen kind of felt relieved. However, he made some pleasant comments on this series when he said that the show is entertaining because of

"the storytelling, the extraordinary world that’s created and the way it reflects our actual world – a naked, ruthless pursuit of power in all its forms."

What’s interesting is that Dillane often plays roles of some terrible people that no one likes, although, in his normal life the actor is rather nice and friendly.

Speaking about Dillane’s career on television, we can also highlight other his roles, for instance, his role of Thomas Jefferson (the third president of the United States in 1801–1809) in the television miniseries John Adams (2008) and the detective Karl Roebuck in The Tunnel (2013–2017) which was an Anglo-French remake of the Scandinavian series named The Bridge. Before starting to work on the portrayal of Thomas Jefferson, the actor was full of doubts. In one of his interviews, he shares that he always used to be snobby about television dramas, but when he saw the script and got to know the director, Tom Hooper, Stephen realized that this would be fantastic. And it turned out; he was not wrong! Besides, it was an excellent opportunity for Dillane to learn American history better because in his student years he was more focused on Russian history and did not pay attention to the history of his own country, as he says himself.

Stephen is fond of football, and that is why his role of Glen Foy in movies Goal! (2005) and Goal II: Living the Dream (2007) is so significant for the actor. He claims that this film is not just a regular sports movie, but it is an inspirational project about a person who follows their dream, comes through any tribulations, holds themselves together and achieved their goal successfully.

In 2014, the actor made collaboration with Tacita Dean, a visual artist, for the Biennale in Sydney and Carriageworks which is a contemporary multi-arts center. The performance was live and then adapted for radio and film. The concept was focused on the process of creating a film that was demonstrated by a single actor, Stephen.

Stephen has a net worth of $6 million that he gets from his acting in films and on television projects.

The next film where Stephen Dillane is going to appear will be The Professor and the Madman that, by the way, will be released in May that year already! Dillane is playing Dr. Richard Brayne.

We do not know a lot about Stephen’s love life. However, we certainly can say that Dillane has been together with Naomi Wirthner, at least, since 1988. It is unknown whether she is his wife officially or not. Wirthner is a director and an actress too; she appears not only in movies but also in the theater. Moreover, Naomi manages the theatre company named The Barebones Project.

The pair has two children, Frank Stephenson Dillane, and Seamus Dillane. Both boys are following in their parents’ footsteps in acting. Frank graduated from the Royal Academy of Dramatic Art, and he is mostly known for his roles of Nick Clark in Fear the Walking Dead (2015–2018), Owen Coffin in the film In the Heart of the Sea (2015), and Tom Riddle in the movie Harry Potter and the Half-Blood Prince (2009).

Stephen and Naomi seem very happy together; in one of his interviews Dillane was asked a question “What or who is the love of your life?" and the actor simply answered "Naomi."

Speaking about social media activity, Dillane does not have one. Well, you can look at his IMDB profile, but that’s all, unfortunately.

Dillane has been nominated for 17 awards and has won nine of them, including: