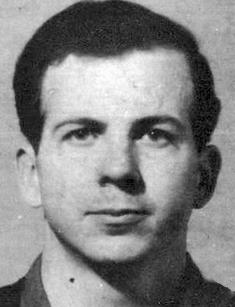 The death of John F. Kennedy is considered the largest national tragedy of the XX century. On November 22, 1963, while traveling in a presidential motorcade through the streets of Dallas, Texas, the 35th U.S. President was shot. Lee Harvey Oswald, an American who fiercely hated his country, was the only official accused, or in the opinion of the Warren Commission, guilty person in the case. The facts of his biography show that Oswald could be the killer of John Kennedy or a victim of a conspiracy.

Lee Harvey Oswald was born in New Orleans, Louisiana, on October 18, 1939. His father, Robert Edward Lee Oswald, Sr. died of a heart attack two months before his birth. Lee and his older brothers Robert, Jr. and John Pic were cared for by their mother, Marguerite Frances Claverie. It turned out to be challenging to feed three sons, and the boys spent 13 months in an orphanage.

In 1944, the Oswalds moved to Dallas. A year later, Lee entered a school there. Teachers described the boy as closed and aggressive. The last personality trait showed up at school. It was the reason why Lee had to change 12 schools. In August 1952, 12-year-old Lee allegedly struck his mother and threatened his half-brother's wife with a pocket knife.

As a child, Oswald underwent a psychiatric assessment, which detected a "personality pattern disturbance with schizoid features and passive-aggressive tendencies." In other words, Lee was trying to make up for his shortcomings by demonstrating his strength. The boy suffered from dyslexia. He read quickly but almost couldn't write.

In 1954, the family returned to New Orleans. The teenager completed the eighth and ninth grades in New Orleans but quit school one month after he entered the tenth. He worked as an office clerk and messenger. In July 1956, Lee made another attempt to graduate from high school, but at the age of 17 he gave up studying to join the Marines.

Oswald enlisted in the United States Marine Corps on October 24, 1956. John Pic (Oswald's half-brother) testified to the Warren Commission, which was created to investigate the murder of John F. Kennedy, that Oswald's enlistment was motivated by wanting "to get from out and under ... the yoke of oppression from my mother."

Oswald's enlistment papers showed his vital statistics as 5'8'' (1.73 m) in height, 135 pounds (61 kg) in weight, stood out for his motility and nervousness. As an aviation electronics operator, he had "permission to process classified materials, including confidential ones."

Like the other Marines, Lee passed the shooting test. The result for December 1956 was 212 points, which is slightly higher than the requirements for snipers. Three years later, his performance deteriorated to 191 points.

Weapons were the cause of Oswald's problems in the army. The first time he was court-martialed when he shot himself in the elbow with a gun with the safety on. The young man decided that one of the sergeants of his division was guilty of it and started a fight. For the 3rd time, Lee inexplicably fired his rifle into the jungle. On September 11, 1959, he resigned at his own request.

Oswald was interested in communism and the life in the USSR. While Oswald was in the Marines, he began to learn Russian. In October 1959, the American arrived in Moscow and applied for citizenship. The application was rejected. Enraged by the news, Lee tried to kill himself.

After ten days spent in a mental hospital, Oswald applied to the U.S. Embassy in Moscow to renounce American citizenship. He told the diplomats about the service at the radar station and promised to inform the USSR some interesting information. The proposal was not left without attention, and Lee wasn't deported.

The young man was sent to Minsk to work as a lathe operator at the Horizon Electronics Factory. His salary with bonuses and allowances was estimated at 700 rubles, five times higher than any Soviet worker. Oswald was given a furnished apartment in a prestigious building on Kalinin street (now Kommunisticheskaya street). He was taught Russian by Stanislav Shushkevich, who later became independent Belarus's first head of state.

In June 1962, Lee with his wife Marina Oswald and daughter June moved to the United States. The family settled near Dallas, in the Russian quarter. An immigrant George de Mohrenschildt became a close friend of Lee. They discussed Communist and revolutionary ideas and hated the country in which they lived. The Warren Commission suggested that it was these conversations that prompted the mentally unstable Lee to attempt the murder of retired U.S. Major General Edwin Walker who was an ardent anticommunist.

In March 1963, Oswald bought a rifle and a revolver under the name of A. Hidell. On April 10, Lee shot Edwin Walker sitting at a table in his house from a distance of 30 meters. The bullet pierced the window frame, which saved the officer's life. Oswald is supposed to have wanted to scare Walker, not kill him, that's why he deliberately misfired.

In the months that followed, Oswald actively supported the Cuban revolution, and unsuccessfully tried to get on the island but eventually returned to Dallas. He got a job at the Texas School Book Depository from the window of which President Kennedy was killed.

Both women in Lee Harvey Oswald's personal life are Russian. Since June 1960 was in a personal relationship with a co-worker at the Horizon factory, Ella German. In early 1961, a young man asked her to become his wife, but she refused as she didn't love Lee and was afraid to marry an American. It is believed that German's rejection pushed Oswald to immigration.

In March 1961, Lee met Marina Nikolayevna Prusakova, a 19-year-old student of pharmacology. The couple married in April of the same year and had a daughter, June, on 15 February 1962.

Lee's acquaintances testified on the Warren Commission that there was domestic violence in Oswald's family. Russian immigrants who lived nearby in Dallas pitied the girl, brought her food and children's toys, but it only angered Lee more.

The route of John F. Kennedy's motorcade through Dallas was known in advance. The path ran next to the Texas School Book Depository.

On November 21, the day before the assassination, Oswald asked his friend, Wesley Frasier, to drop him off at the center. He said he had to move the cornices from Marina's house to an apartment which he rented near work. On the morning of November 22, when leaving the house, Lee left his wife $ 170 and a wedding ring and took a long paper bag, allegedly with cornices. It is assumed that in the bag he had a rifle.

Charles Givens, Oswald's co-worker, testified to the Commission that he last saw Oswald on the 6th floor of the Texas School Book Depository at approximately 11:55 a.m.—35 minutes before the motorcade appeared near the building. A few more employees saw Lee at work until 12: 10 a.m. John Kennedy was shot at 12:20 a.m.

The assassin fired three shots. The first shot missed the presidential limousine entirely, the second one struck both Kennedy and Connally, the Governor of Texas, and a third bullet got in Kennedy's head, killing him. Later, a witness Howard Brennan said that after the first shot he saw a man in the window on the 6th floor of the book depository.

It took Oswald a minute and a half to hide the rifle in the boxes of books and leave the book depository. On the second floor, he came across a police officer Marrion L. Baker and his supervisor, Roy Truly.

Baker said that Oswald looked startled but not suspect when Baker he pointed his gun directly at him. After a brief conversation with the policeman, Lee walked on and then left the depository through the front door. Around 1: 00 p.m. the young man grabbed the things from the rented apartment and left.

The description of Kennedy's assassin, compiled from the words of Howard Brennan, helped the patrolman J. D. Tippit to stop the suspect. When Tippit got out of the car, Lee pulled out his revolver and pulled the shot four times.

Trying to escape, Oswald slipped into the Texas Theater without paying a fee. A cleaner who noticed that from a nearby store recommended a controller of the theater to contact the police. The murderer wanted to fight off the arrived police officers and directed the gun on them but was disarmed.

Around 2:00 p.m. on November 22, Lee was taken to the Dallas Police Department. By 7:00 p.m. he was charged with the death of the patrolman Tippit, and the next day he was accused as a possible murderer of John Kennedy. Oswald claimed:

"I didn't shoot anybody. They've taken me in because of the fact that I lived in the Soviet Union."

During interrogation, Oswald denied that he had a rifle. Detectives had photos in which a young man was holding a rifle in one hand, which was later found in the book depository, and a newspaper in the other. The picture was taken by Marina around March 31, 1963. Lee called these photos fake.

The Warren Commission concluded that Oswald shot the President alone. The main motive is called as "hatred of American society." Approximately 3% of the files consisting of 888 pages have yet to be released to the public, which leads to the emergence of alternative points of view. Some experts call Lee the victim of a national conspiracy, others say that the assassin didn't act alone.

According to another version, John F. Kennedy was shot not by Oswald, but by his "twin" from the Soviet Union. To test the theory, an exhumation of the body was carried out with the widow's consent in 1981. According to dental records and the scar left after the autopsy, it was found that Oswald was in the grave.

On November 24, 1963, the police led Oswald to an armored car to take him to prison. Jack Ruby, the owner of a nightclub in Dallas, came out of the crowd and shot Lee at close range. The bullet entered Lee's abdomen.

Jack Ruby claimed his motive for killing Oswald was "saving Mrs. Kennedy the discomfiture of coming back to trial." In March 1964 he was sentenced to death. But the decision was contested. Ruby died of lung cancer in 1967.

Oswald's body was buried on November 25 in Shannon Rose Hill Memorial Burial Park in Fort Worth. The original tombstone, which gave Oswald's full name as well as birth and death dates, was stolen. Now there is a granite slab with the inscription "Oswald" on the tomb.

The largest national tragedy of the XX century was the occasion for the release of documentaries and works of art. Lee Harvey Oswald, as the only suspect in the death of John Kennedy, is its key character.

Dozens of films about these events were produced, but there are only a few books. Stephen King in the science fiction novel 11/22/63 (2011) tells the story of an English teacher Jake Epping, who goes back in time to prevent the murder of John F. Kennedy. Even though the book is fiction, the facts about Lee Harvey Oswald are not distorted. The novel formed the basis of the mini-series of the same name by J.J. Abrams. The actor Daniel Webber portrayed the criminal.