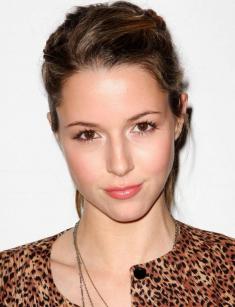 The biography of the Israeli actress is rich. In addition to acting, Alona Tal spends time with her family and keeps her figure. She does her best to play in the leading movies and TV series of Los Angeles.

Alona Tal was born on October 20, 1983, in Israel, in Herzliya. The girl was not the only child in the family; she has four sisters, two older and two younger. The celebrity has both American and Israeli roots. Her religion is Judaism.

In childhood small Alona had desire to become an actress. The girl studied at the Thelma Yellin High School of the Arts in Tel Aviv, where she studied the basic skills of acting. According to the laws of Israel, the girl served in the Israeli army after school for two years. The future actress moved to New York to her sister, where she entered the prestigious the Lee Strasberg Theatre Institute after military service.

Alona Tal's acting career began immediately after the army. The actress recorded two songs with the star of Israel Subliminal. She also played in the children's tale in the role of an evil witch and starred in the advertising of washing powder on local television. Later, she realized that she would not build a career in Israel, and went to New York.

The first role in America, Alona Tal received in the series CSI: Crime Scene Investigation, Monk and Cold Case. The girl played minor characters and gained the love of the public gradually. The actress played her first main role in the Israeli film To Be a Star, which was filmed in 2003. The film was a failure, and the ratings were low.

2004 was for the actress a breakthrough, as she auditioned for the role in the TV series Veronica Mars. The main character was chosen between Alona Tal and Kristen Bell. The producer chose the second girl at the last moment. However, the Israeli actress was not unnoticed and the screenwriter, seeing her abilities, wrote for her the role of a best friend of the heroine of the series, Meg Manning. Tal starred in ten episodes of the project and became famous throughout America.

There is a series Supernatural in 2005 on television, which is removed to this day. Its ratings are so high that the whole world knows Dean and Sam. In 2006, Alona Tal auditioned for one of the leading roles of the series Joe Harvell. The actress worked for five years in the project and her popularity grew. In 2011, she starred with Jensen Ackles and Jared Padalecki last time.

The main projects of Alona are TV series but she also sometimes starred in films. So, the actress starred in the movie College in 2007 and three years later in the movie Three Inches. These projects did not gain popularity and the public did not notice. But in 2015, there is the next part of the film on TV screens Night of the Living Dead: Darkest Dawn, where Tal plays the character Helen Cooper.

In 2018, she starred in the film The Red Sea Diving Resort. The premiere of the film will be in 2019

Alona Tal's personal life is stable because the girl is in a relationship with one man from 20 years. In 2004, she met Mexican actor Marcos Ferraez and he became her husband on June 5, 2017.

The couple got married in the homeland of the actress, in the port of Tel Aviv. The couple lives happily to this day. Their daughter, Charlie was born on March 7, 2017. They have no more children.

The celebrity has an active lifestyle now. Some photos prove the girl's love of sport in her account on "Instagram." She goes to the gym and maintains her athletic build. The actress weighs 116 lbs (53 kg) and she is 64 feet (163 cm) tall. Also, Alona puts photos from the sea, where she is in a swimsuit. Tal loves to ride a bike and it is her main means of transportation. She also has an electric car, which she rarely uses.

The actress likes animals and tries to promote the action to save rhinos, elephants and tigers. The purpose of the action is to protect the animals from poachers who need their horns and fangs. Alona Tal reported about it on Twitter and Instagram. She also spends a lot of time with her family and is actively engaged in the education of her daughter.

Tal did not forget about her acting career. She works on the replenishment of her filmography and does everything to make her skill higher. Alona Tal`s state is estimated at $ 600 thousand at the moment.