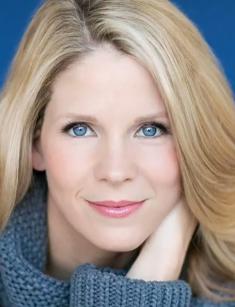 Dido (Florian Cloud de Bounevialle Armstrong) is an English pop singer, author, and performer of the hit song "Thank You." Singer Dido was born on Christmas Day in 1971. This important event took place in a hospital in Kensington, London. The parents named their daughter Florian Cloud de Bounevialle Armstrong, but the little girl was called Dido at home. According to the English tradition, she also celebrates an "official birthday" on 25 June, following the example of Paddington Bear.

Florian's mother is of French ancestry and works as a literary agent and a poet. The father's name is William Armstrong. The man is an Irish publisher.

The singer attended Primary School in Islington, then studied at City of London Girls' and Westminster School. The girl met musician Sinan Savaskan there. Dido can play the piano, violin, and recorder.

There is one incident in the biography of the singer. Florian said in an interview that she connected her life with music after stealing a recorder. The parents realized that they needed to do something about it, and they enrolled their daughter at the Guildhall School of Music and Drama. After graduation from the school, Dido wanted to study law. The girl entered the University of London. At the same time, the musician worked as a literary agent.

Dido began her singing career in 1995. The girl recorded ten songs which were put together on a collection entitled Odds & Ends. The singer sent her disc to Nettwerk management. But they did not sign a contract with talented Florian until the elder brother invited Dido to perform with his band Faithless.

The collection that the girl gave to the record company was finally released. Thanks to this album, the singer was noticed in the USA. Dido signed a new contract. It helped her to release another album entitled No Angel in 1999.

The producers tried to promote the singer in the USA, but it prevented Dido from developing as a British musician. Initially, her hit song "Here with Me" failed to make an impact on radio and did not attract listeners. But the critical decision of the company changed the situation. The track was used as a theme song for the television programme Roswell.

The singer became popular in 1998 when the famous song "Thank You" appeared in the movie Sliding Doors. In 2001, Dido received an invitation from Eminem to participate in the creation of a new track and the filming of the video. Their cooperation helped to promote the album, No Angel, which had not been popular in the USA and Europe before.

Her life has changed drastically. Dido became a famous singer. The next album, Life for Rent, was sold out in the first week. Then the young woman went on a world tour. Dido had a sold-out show in each city, which she visited during the tour. The singer began to receive offers to participate in concerts with other renowned stars. Such events took place in Paris and London.

In 2008, the release of the album Safe Trip Home had significant problems. They wanted to sell one of the singles on the official website of the singer but failed because the demand was incredibly small. Dido decided not to tour in support of the album due to the lack of spirit. Some songs of this disc were written about the sudden death of her father.

Experts liked the album, so Dido was nominated for several awards, including a Grammy Award. But another musician won the prize. Later, MP and Minister for Sports, Arts and Leisure for Northern Ireland sued the singer for the track "Let's Do the Things We Normally Do." According to the official, the song provoked discontent in society. But Dido’s lawyers managed to resolve the conflict, as well as the problem with the unauthorized use of the astronaut’s photo.

The young woman soon returned to the studio to start recording new songs. The producers of the movie Sex and the City 2 picked one of the tracks entitled "Everything to Lose" for the soundtrack. This time the singer decided to experiment, and her songs had an electronic approach. In 2011, she released a new single "If I Rise", which was written for the movie 127 Hours. The soundtrack was appreciated by the Broadcast Film Critics Association, and Dido won the Award for Best Song.

The singer's long-awaited fourth album, Girl Who Got Away, was released by Sony Music Entertainment. The collection was recorded in California and London. The singer's brother, Rick Nowels, Lester Mendez participated in the creation of the album. In 2013, Dido was invited to the televised singing competition The Voice UK.

At the same time, Florian released another collection, Greatest Hits. The album completed the singer's contractual obligations with RCA Records, with which she collaborated over the recent years. The album consisted of remixes and a compilation of previous material. Then the young woman planned to work independently, but she has not released a single album since.

There is little information about the personal life of singer Dido. She dated attorney Bob Page for seven years. But after the release of the first album, there was a misunderstanding between Florian and Bob, and it caused the breakup.

In 2010, the singer’s personal life improved. Her boyfriend Rohan Gavin made a marriage proposal to the young woman, and she agreed. A year later, a son, Stanley, was born in the family of Dido and Rohan.

Music is not the only hobby of the singer. She considers herself an ardent fan of Arsenal Football Club.

Nowadays, the professional singer, Dido, has taken a career break. The young woman prefers to spend time with her family and young son. Nevertheless, she does not forget about music. In 2015, Florian recorded the soundtrack for the TV series Transparent. She has also abandoned social networks. On Instagram, Dido posted the latest photo after the release of her collection in 2013.