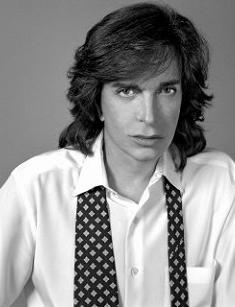 Camilo Sesto is one of the most well-known singers from Spain. His repertoire contained Latin ballads, Latin pop, and synthpop songs. Besides singing, Camilo was also a notorious producer, composer, and songwriter. Throughout his brilliant career, more than 175 million albums were sold.

The singer was born in Alcoy, Spain. His ethnicity is Latino, and nationality is Spanish. He grew up in a talented and creative family. He was raised by his parents, Eliseo Blanes and Joaquina Cortes. The singer expressed his desire to sing because his father had a beautiful voice as Camilo. Camilo always wanted to take an example from him and become a famous artist.

The singer's real name is Camilo Blanes Cortes but he was recognized as Camilo Sesto after he began his career as Camilo Sexto. He also had a sister, Chelo Blanes.

Camilo Sesto's career has began in the mid sixties. After editing his first record - with his band Los Dayson, in 1965 they traveled to Madrid and performed on Televisión Española's Salto a la Fama.

In 1966, Sesto joined another band, which was called Los Botines. In 1967, the band appeared in the film Los chicos del Preu. In 1970, Sesto recorded several singles like: "Llegará el Verano" and "Sin Dirección", with a new artistic name "Camilo Sexto". He became his own producer and also started to help other artist's. In 1970 he won the "Revelación" price, at the "Olés de la Canción" festival.

In 1971, under his artistic name "Camilo Sesto", the singer appeared on Spanish TV's program "Buenas Noches" singing "Algo de Mí". This song reached the Number 1 slot in Spain and most of the Spanish speaking world, and it maintained for the singer the top position for a whole year in most of Latin-America.

In 1972, Sesto received his first "Disco de Oro" ("Gold Record") award. That same year, he released his LP called "Solo un Hombre" which contained songs like: Amor… Amar, Fresa Salvaje, Como Cada Noche and To Be a Man. For the last song in English he was nominated and received the foreign song award.

In 1973, the star represented Spain with the song "Algo Más" in the second edition of the OTI Festival, which was held in the Brazilian city of Belo Horizonte. In 1974 his success as a pop singer continued with record sales escalating rapidly. His concerts took him around the world with such songs as "¿Quieres ser mi amante?", "Llueve sobre mojado", "Isabel", "Déjame participar en tu juego" and "Mienteme".

On 6 November 1975, Sesto took part in new project. He starred in the role of Jesus on the Spanish adaptation by Jaime Azpilicueta of the rock opera Jesus Christ Superstar at the Alcalá-Palace Theatre in Madrid, Spain. The production of this work costed a lot, and Camilo financed it. His work was a success and received excellent criticism. The public filled the theatre and shows were extended to four months. Both in terms of interpretation and musically speaking, Sesto's show was considered of high quality.

After successfully starring in the Spanish version of the rock opera, Sesto continued gaining fame as a singer and composer. Year after year, he had reached the top of the charts all over America, Latin America and in Spain, with his best songs like Algo De Mí (1971–72), Amor… Amar (1972), Melina (1975), a song about Melina Mercouri, ¿Quieres ser mi amante? (1974), El Amor de mi Vida (The Love of my Life ) (1978). The song Perdóname (Forgive me) written in 1981, became his most successful hit.

In 2003, the singer had an operation: a liver transplant. He managed to make a successful comeback with his album Alma, surprising the audience with the song "Mola mazo" ("It rules") in an exercise of self-assertion. The Alma CD includes some songs written in English: Selections from The Phantom of the Opera and a duet with Andrea Bronston.

Camilo returned to the stage in 2004 at the Viña del Mar International Song Festival in Chile. Sesto won many awards at Viña del Mar in 2004. His last musical work was the singing of Bujalance's football team's hymn.

In 2008, the star announced his retirement from the studio, and in September 2009 he announced that he would go on a farewell tour. He would tour the Americas (U.S., Mexico, Peru, Chile, Ecuador, Colombia, and other countries) for the next two years. In October 2010, he gave his last two concerts in Madrid, which were released as his first "live" album. A live DVD called "Todo de Mí" recorded in Madrid, was released around the same time.

In 2011, he was awarded the "Highest Hispanic Pride" medal in Las Vegas,.U.S. That day was proclaimed Camilo Sesto's Day in Nevada.

Most of Sesto’s works are written in Spanish, but he has also recorded songs in other languages such as English, Catalan, Italian, German, Japanese and Portuguese. Camilo has released at least one album in English.

As a composer, Camilo wrote songs for artists such as Ángela Carrasco, Miguel Bosé, Lucía Méndez, Charytín Goyco and José José. Camilo produced and translated the lyrics to Spanish, of an album from the popular Australian band Air Supply. Throughout his career he was known as one of the most influential pioneer artists of rock/ballad in Spanish.

The famous singer dedicated all his life to music. Perhaps, that is why he was never married to any woman. Of course, the handsome man was seen in relationships with women, but their affairs were not so serious. It is known that he was in a romantic relationship with Lauren Ornelas. With this woman, the singer had a son. He named him Camilo Blanes. Since the singer had no intention of making Lauren his wife, he did have an interest in his newborn son and did not want to hide it from the media.

The singer gave the explanation of the fact that he was not married. In 2018 interview he told the Spanish newspaper that for him it was difficult to stay with one woman as he had to change places and travel a lot. He just could not imagine devoting less time to music because of the family.

Camilo shared a questionable relationship with his son. Camilo had full custody of his son and did not allow the mother to meet her son. He also made her enter the house through a service door. Lauren also shared that her son was depressed for years and even tried to take his life during his teenage years. His son currently resides in Mexico and is in his late 30’s. Camilo’s son also tried to make his way singer but did not find much luck like his father.

Sesto spent a significant amount of money on plastic surgery to look young and attractive.

The net worth of a notorious singer is estimated at $80 million as of 2019. The Spanish singer made millions from his albums sales, tours, and live performance. To date, he had sold more than 175 million albums globally. Sesto had written songs for several artists and released more than 20 studio albums and hit singles as well. Besides music the singer had a hobby: had fond of car collections.

The singer died when he was 72 years old. It happened on 8 September 2019 at a Madrid hospital. The death cause was heart failure. In his plans, the singer was going to release a new album on 13 September and to start a tour in the United States the following month. His fans and other celebrities expressed their regrets on his death, posting words of sorrow on social media.

Pedro Sánchez, Spain's acting Prime Minister, also expressed his regret on Twitter: "Spain and all of Latin America mourn the loss of Camilo Sesto. His melodies will always be part of our memory." Camilo Sesto forever remained in the hearts of many people.