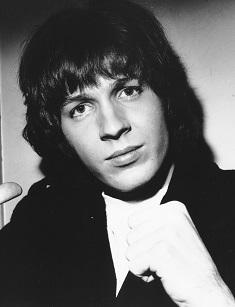 Currently, Scott Walker is an ordinary name. One might know about some guy’s guitars or hear about the Republicans from Delaware or Wisconsin, opposing Tony Evers.… But there is only one Scott who had such an impact on the history of music.

Scott Walker is an American singer and songwriter, who gained recognition both as a mem-ber of the band The Walker Brothers and as a solo singer. Although he was born in the U.S., he be-came incredibly popular in Great Britain, where his musical ensemble had a bigger fan base than The Beatles at some point in time.

Noel Scott Engel was born on the 9th of January, 1943 in Hamilton, Ohio. He was the only child of Elizabeth Marie (née Fortier), who originated from Quebec, Canada, and Noel Walter En-gel, who worked in the oil industry. While he was occupied as a manager, his family had to move a lot, traveling all over the country: central states, then New York, and, finally, West Coast, California.

In 1959, after getting a divorce, Elizabeth with Scott decided to remain in Los Angeles, a city with great opportunities for any rising star. By that time, Scott was somewhat experienced in probing his style and tastes. He leaned towards European cinema, progressive jazz, and the Beat poets. He wasn’t into the classic image of any Californian which is a sun-burnt surfer, interested in just gossips and the beach. As early as that Scott performed as a young actor and singer and was noticed by Eddie Fisher, who was a teen idol and TV host and had a remarkable tenor. Fisher featured him in some episodes of his TV series, making little Engel to look like an ordinary popular singer, and it definitely wasn’t an option for the future star.

Scott took up playing guitar on his own and preferred the bass. Soon he was able to work part-time at some musical projects in the City of Angels. Back then he also attended art school, which had quite shaped his interests in various fields of art.

In the 1960s, Scott Engel joined an instrumental group The Routers, where he polished his guitar skills. But then a fateful meeting took place: he got acquainted with John Maus, his future colleague. Initially, John and Scott founded a group named Judy and the Gents since John’s sister Judy was helping them with the back vocal. However, the idea didn’t blossom and the young musi-cians in dying need of performance sided with The Surfaris on their tour.

In 1964 John, which already called himself Walker, formed the Walker Brothers duo with Scott. A couple of months later they joined hands with Gary Leeds, a drummer, and all took Walker as their stage name.

Scott Walker as a member of The Walker Brothers

The band tried to achieve success in the U.S. and even made some TV appearances, but it was kind of in vain since each of them was young and the blood pumped. The Walker Brothers re-quired more attention and glory and were finally persuaded by Gary to give it a try overseas.

In early 1965, with the help of Gary Leeds’ parents, a trio moved to the UK, avoiding the draft to the Vietnam war. Originally, Walkers’ disposition included John as a singer and guitar player, Gary on drums and Scott with the bass and helping with the vocals. They released their first single like this, "Pretty Girls Everywhere", and then made a castling, making Scott a frontman. Another song, "Love Her", made it higher on the British chart, than the previous one, and the band decided to stake on Scott’s baritone.

They went on with performing songs written by someone else: "My Ship Is Coming In", "Make It Easy on Yourself", "The Sun Ain't Gonna Shine Any More". The last two mentioned even hit the top of the UK Singles Chart, making the band extremely popular in the time of The Beatles. Scott, as any leader of a successful band, was considered to be a pop star.

The style of The Walker Brothers may be described firstly as pop, but then converted into a lyrical one. By the time of their third album, Images (1967), there were predominantly ballads, writ-ten and composed by Scott. The stress inside the group began to rise, since John, an idea-keeper, started losing his status. Although later Scott confirmed that it was easier for him to write under pressure, such a situation in the late 1960s only irritated and exhausted him. It resulted in a hiatus of The Walker Brothers.

Walkers reunited for three years in the 1970s for the next bit. However, they did achieve neither commercial nor public success even with the material which Scott believed to be the best produced by the group. In 1978 they started experimenting with the sound trying to break free from the image of the band playing radio music.

Eventually, they split up with no regrets (and this isn’t a reference to one of their last singles "No Regrets").

Scott’s first solo works represented compilations of his own compositions and the covers of Jacques Brel's songs. All three albums titled by his name were shot to the top of the UK charts and commercially successful.

He also found himself as a producer and directed many musicians in their releases, including his own band members and Ray Warleigh, an Australia-born alto saxophonist.

In 1969, Scott hosted a BBC TV series where he performed various music; the episodes weren’t recorded non-stop as it is usually done now, so the footage is pretty relic. He experienced some struggles with his producer Maurice King who wanted his client to be more like Andy Williams or Frank Sinatra. There was no doubt that Scott had enough talent for that, but no one ever wondered what a famous singer had on his mind. It led to some depressive episodes and the breakup with King

Scott 4 (1969) consisted only of the original songs and was underestimated at those times. Some critics tend to explain this with the fact that release was titled with Scott’s birth name of Noel Scott Engel.

The early 1970s were regarded as «lost years» by Scott himself. He was trying to finish his contracts and basically went with the flow.

Another solo album, Climate of Hunter, came to light in 1984, gradually assigning Scott as an avant-garde composer. He made his genuine breakthrough with another LP, Tilt (1995), fully un-covering his interest to some cosmic, alarming sounds. The audio was more than just polyphonic; the record featured harsh and unexpected tints. It was an extraordinary change of stylistic manner if one might follow the whole creative way of Scott Walker.

During the 21st century, Scott took part in some collaborations and was asked to compose soundtracks for a couple of movies.

Scott was a very reserved celebrity, denying his connection with the world of glory. Very little is known about his affairs.

Firstly, he was made gay by his producer Maurice King proving his was unfit for service. However, this wasn’t true, and in 1972 Scott married his long-time girlfriend, Mette Teglbjaerg, who was Danish. They had a daughter named Lee and, subsequently, a granddaughter. Yet his wife Mette wasn’t with Scott till the end, and the memory of the great musician will also live with his partner Beverly.

Scott Walker passed away in London on the 22nd of March. Still, no details were revealed, and the piece of news was announced by his record company, 4AD, which had been working with Scott for the last 15 years. Already some famous musicians such as Thom Yorke and Neil Hanon, paid tribute in their Twitter accounts, regretting the loss of their major influencer.