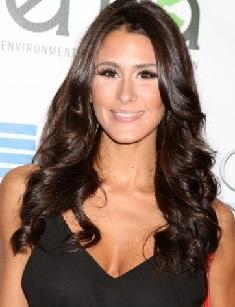 Brittany Jayne Furlan is an American social media celebrity. She is commonly known for her Vines – short funny videos that were published on the platform named Vine. Brittany was the third most popular and highly paid Vine user with more than nine million followers. She used to receive $7,000 to $20,000 for one video; that depended on her sponsors.

Brittany was born in Pennsylvania, U.S. Her mother’s name is Jill Anne (Pisano) and father’s – Ronald C. Furlan. She also has a brother, Gregory. Her parents got divorced, when she was six years old. It could be one of the leading causes of Brittany's anxiety. She started having it in childhood, and at present, daily panic attacks are still the part of her life.

Speaking about Brittany’s education, it’s versatile. She studied theater in the elementary and high school and also acted in innumerable plays in childhood. Besides, Furlan attended the fashion designing course.

The main Furlan’s field of activity used to be making Vine videos before the platform was shot down. For now, she communicates with her audience by using other social media networks such as Facebook, Twitter, and Instagram.

Initially, Brittany wanted to become an actress, and with that purpose, she moved to Los Angeles, U. S. She started her career as a TV actress; she starred in some shows such as “Reality Hell” (2009), and “Prank My Mom” (2012). She didn’t have much success at the auditions and, then, luckily, she found out about Vine when it only launched. Her vine videos quickly became popular; soon, in 2015 she already won Best Viner of the Year at the Streamy Awards. Also that year, Furlan was called one of the most influential internet personalities by Time. By the way, amid Brittany's the most famous vine videos, there are the videos, where she imitates Dora the Explorer, the main character of the animated television series, and where she does twerk.

She has also started starring in some movies, for instance, We Are Your Friends (2015), The Unicorn (2018), The Dirt (2019), etc. One of the most important films of her career is The American Meme (2018), where she tells her life story among other internet celebrities. Furlan claims that even if some internet source like Vine gives you some popularity and recognition, all of this can disappear in a second. That’s why she wanted to change her activities and turn to the acting work anyway.

Brittany has a net worth of almost $1 Million, she used to earn money from her Vine videos, and for now, she gets it from her other social media networks. For instance, she gets about $12,000 from her small YouTube videos.

Brittany is very selective in her work, that’s what she says in one of her interviews:

“Honestly, if I took every job I’m offered, I could be a multimillionaire right now, but I don’t want to flood my Vine with content.”

Besides Twitter, Instagram and other networks, Brittany also has a fan web page on the Reddit, where you can find some leaked videos, often with a sex theme, for instance, “nip slip video” (we hope, we do not need to explain what is demonstrated here). Besides, in 2016, some nude photos and even a video with a topless or totally naked Brittany appeared. However, Furlan is not shy at all, and we can see it from her insta: she can post rather hot photos in the bikini or her husband's shirts, and also she has a lot of joke pictures and Tommy's ones.

Most people admit that Brittany has a sexy and slim body, and there are a lot of wonders if she has ever made a plastic surgery. For now, we don't really know: Brittany didn't confirm this information. If we continue the topic of Brittany’s body, we must say that she has eight tattoos, at least. The interesting fact is that all her tattoos are located at the zone of arms (on her knuckle, forearm, finger, etc.), and there is no tattoo on her feet.

We are lucky: Brittany is rather open about her love life! From 2011 to 2015 she has been dating Randal Kirk, a director, who helped her with the Vine production. Brittany got engaged to her boyfriend, but in 2015, she announced, that her four-year relationship is over.

On February 14, 2018, it was announced that Furlan’s new boyfriend, Tommy Lee, had proposed to her and gave the sweet heart-shaped diamond ring. Next year, on the same day, they had a wedding. By the way, Tommy is an American musician, and he is 24 years older than his new wife. Brittany hasn’t given birth to their children yet, but they have Tommy’s two sons from the previous marriages, Brandon Thomas Lee and Dylan Jagger Lee. The pair really look good together and, as we understand, they know, how to spend time in an interesting way. Once, they were on the flight on American Airlines, and they were noticed in some sexual activity: they went together to the bathroom and left it only after around twenty minutes. However, other passengers did not complain officially, so there was no problem with that.

Brittany had two dogs, Meghan (a long-haired Dachshund) and Wicket (a Yorkie), who in 2014 became the furry faces of American Beagle Outfitters’ Spring 2014 collection. Then, Meghan, unfortunately, died, and Furlan got Neena Da Weena, the dog of the same type that Meghan was.

Brittany has been nominated for two awards: Streamy Award for Best Actress in a Comedy (SHFTY: Super Happy Fun Time, Yay!) in 2014 and Teen Choice Awards for Choice Web: Viner in 2015. Furlan has won one – Best Viner of the Year at the Streamy Awards.