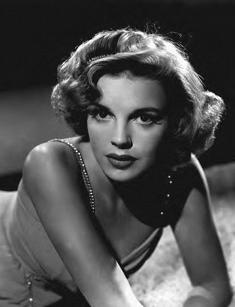 Judy Garland was a famous American actress, singer, dancer, and vaudevillian. During her 45-year career, the woman succeeded to gain international recognition for playing in outstanding movies, singing hit songs and appearing on TV shows. The great actress died at the age of 47 because of drug overdose.

Judy Garland's birthplace is Grand Rapids, Minnesota – she was born there on June 10, 1922, to the family of Ethel Marion (Milne) and Francis Avent Gumm. Her original name is Frances Ethel Gumm. Judy had two elder sisters. Speaking about her ethnicity, Judy Garland had Irish, English, and Scottish roots. Interestingly, she was named in honor of both of her parents and baptized at a local Episcopal church.

At an early age, Garland became involved in the world of music due to her parents - vaudeville performers who moved to Grand Rapids to run a movie theater which featured vaudeville acts. As a 2-year-old girl, she joined the Gumm Sisters dance act on the stage of her father's movie theater during a Christmas show and sang a chorus of "Jingle Bells." There Garland got her first experience of performing on stage.

Together, the group toured the country, and Judy liked to perform solo. Garland had a nickname - Baby. Eventually, the family left for California because of gossips Garland’s father had sexual attraction towards male ushers.

There all three girls were enrolled in acting and performance classes. As for Garland's education – she studied at Hollywood High School and later graduated from University High School.

In 1928 the Gumm Sisters entered a dance school run by Ethel Meglin, proprietress of the Meglin Kiddies dance troupe. They appeared at its annual Christmas show. The group debuted in a short movie The Big Revue (1929) – they performed a song-and-dance number called "That's the good old sunny south."

The band starred in two Vitaphone shorts the following year: A Holiday in Storyland (featuring Garland's first on-screen solo) and The Wedding of Jack and Jill. Shortly after they were invited to star in Bubbles. The final picture they acted in was an MGM Technicolor short entitled La Fiesta de Santa Barbara (1935).

1935 brought Frances Gumm a deal with Louis B. Mayer of MGM. At the beginning of her career, the celebrity had to get through some difficulties before succeeding. So, in 1936 she played the girl-next-door character in Pigskin Parade. The next year, she starred in Broadway Melody of 1938 and Thoroughbreds Don't Cry (her colleague there was Mickey Rooney).

As a singer, Garland starred in Everybody Sing (her blackface character evoked heated scandals), in Listen, Darling in 1938 and in her first Andy Hardy movie entitled Love Finds Andy Hardy. Since then Judy carried on making Andy Hardy movies.

In 1939, when Babes in Arms and The Wizard of Oz opened, Garland became their star. Her performance brought her critical success and lots of fans. The same year, she also appeared in the MGM musical acting as Dorothy.

That time there was the Second World War. In spite of it, Garland continued her acting career. So, in 1940 fans could see her playing in Andy Hardy Meets Debutante, Strike Up the Band, and Little Nellie Kelly.

That time Garland also performed alongside Gene Kelly with the song ‘Ballin the Jack.’

1941 was marked by Garland's roles in three movies Ziegfeld Girl, Life Begins for Andy Hardy, and Babes on Broadway.

As the war intensified, film production slowed down due to the scarcity of personnel. That's why the only movie Judy starred in 1942 was the picture Me and My Gal. In 1943 she appeared in movies Presenting Lily Mars and Girl Crazy.

In 1946 Garland acted in three pictures The Harvey Girls, Ziegfeld Follies, and Till the Clouds Roll By.

The last Garland's movies she made with MGM were the pictures In the Good Old Summertime and Summer Stock. She parted ways with the company because of her drug addiction.

In 1954 the woman came back to the world of cinema starring in A Star Is Born. Her role earned her Academy recognition.

From 1959 until her death, Judy began performing on stage. She performed a one-woman show on Broadway and arranged award-winning concerts globally.

1961 was marked by releasing Judgment at Nuremberg which brought the actress positive reviews and prominence.

The next year, Garland gave her voice to Child Is Waiting and I Could Go on Singing.

By the moment of Judy Garland’s death, her net worth had been evaluated at $20 million.

From her childhood, Garland was forced to keep her energy up and her weight down. She started using amphetamines to help her struggle with the problems. Subsequently, the woman became addicted.

In her life, Judy Garland had four husbands and several affairs. She had had one daughter, Liza, whose father was Vicente Minnelli. With husband, Sidney Luft, she had two children - a son, Joey, and a daughter, Lorna.

In 1961 The Judy Garland Show premiered on TV– it was Garland's debut into television programming.

On June 22, 1969, Judy Garland was found dead in the bathroom of her house in Cadogan Lane, Belgravia, London. At the moment, she was 47 years old. The specialists later said the cause of death was "an incautious self-overdosage" of barbiturates. It was proved overdose had been unintentional – it means Garland had not committed suicide.

Also, some doctors claimed Garland had an eating disorder, which also became the reason for her death. After Garland's body had been embalmed by Desmond Henley, Deans traveled with her remains to New York City on June 26.

In 2019 the biopic Judy will be premiered. The picture chronicles Garland’s journey to London in the winter of 1968 for a series of sold-out concerts she performed despite her exhaustion and deteriorating health. Its trailer is already available for watching.

In her admissions, Jude Garland said she inherited her talents cause nobody had taught her sing or act.

While performing, Judy Garland always interacted with her audience, and the viewers screamed