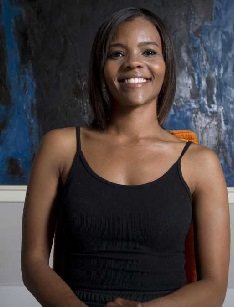 Three years ago nobody knew who Candice Owens was. Now she is Trump’s darling, Kanye’s best friend and a very notorious personality for Democrats. Owens rose from an African-American Internet girl to a serious political activist, who has real power on social media, and it is better to learn more about her biography now in order to be prepared for her future achievements.

Candace Owens was born on the 29th of April, 1989. She spent her whole childhood and teen years in Stamford in her grandparents’ house, quite peacefully indeed. The first accident occurred when she attended Stamford High School. Connecticut is mainly a white city, and the amount of Hispanic and other races population is much less. There are approximately 14% of African-American residents in Stamford now, and back then the numbers might have been the same. As a senior Candace received a threat via phone, that focused on her ethnicity. Later the call was traced, and the violator was identified. It was an impudent 14-year-old boy, who was a son of then-governor of the state Dannel Malloy. The Owens filed a lawsuit against Stamford based on the fact that it didn’t provide enough protection for its citizens.

Owens left her home city to enroll at the University of Rhode Island in order to get a BA in journalism. However, she dropped the educational institution out after the first year.

Although Owens didn’t get any proper higher education, she didn’t have any problems with finding a good job. She started getting some experience working for Vogue magazine in NYC.

In 2012 Owens began getting into politics, taking the place of an administrative assistant in a private equity firm. She reached almost the top position in the firm, being assigned as a vice president, in a span of 5 years.

Initially, her views might have been described as democratic since Owens was a director of a website Degree180, which featured a lot of anti-Republican comments. However it was a marketing agency, it had a periodical column on various topics, and Owens contributed a lot to writing anti-Trump content, not always tolerant and polite. Later she denied any connection with those posts and somewhat offended the reporters that claimed her involvement into it.

In 2016 Owens launched another Internet project called Social Autopsy that was sponsored by various people via crowdfunding platform Kickstarter. At the same time, a lot of negative opinions were expressed, and that was due to the aim of the project. The website was supposed to locate online bullies following their actions online and tracing back to their IPs, which was basically a violation of Internet anonymity. Any user could send a screenshot of a statement he considered inappropriate and upload it to the site. A lot of media companies and independent analysts forecast abundant cases of dozing and more harassment, and even the GamerGate controversy was mentioned. The audience reacted quickly and started an attack, revealing some details on Owens’ private life too. Somehow she started blaming the liberals, saying that those were them, people with progressive ideas who began the doxing and also took part in the GamerGate case. Eventually, she received a lot of support from the right wing commentators and finally called herself a conservative.

According to her words, that happened overnight. In the end, the website was never actually launched.

Owens didn’t stop at that point, and in 2017 she created a YouTube channel called RedPillBlack, which she used to promote her views. She spoke for black conservatives and made lots of pro-Trump commentaries. Finally, she was noticed by a nonprofit organization Turning Point USA and was formally accepted by its founder, Charlie Kirk. At the end of 2017 Turning Point was accused of racism, and they had to act quickly, so they chose to admit an African American.

The things started to work out for Owens: her Facebook and Instagram account started swarming, later she was mentioned on Twitter by such key persons as Kanye West and Donald Trump. The young activist was also invited as a guest host on Fox News.

Owens wasn’t interested in politics before 2015, which was the year of the foundation of Degree 180. However, she considered herself a liberal. Then, in 2017, she radically changed her views and started supporting Trump.

Besides, Owens claimed that she didn’t utilize her voting right not in 2012 neither 2016 since she wasn’t theoretically prepared enough. It was 2018 when she registered and appeared on multiple lists as an African-American Republican writer.

Several magazines such as The Guardian, the Pacific Standard, and The Daily Beast applied various terms to describe her views, but Owens didn’t accept those characteristics.

Long story short, she loves Trump and Republicans and has a deep loathing of Democrats.

Owens doesn’t approve of abortion considering this the leading way to exterminate black people. At the same time, she opposes the popular international movement Black Lives Matter, which enables protection for any person of color in the world. In the U.S. the ideas spread due to a lot of incidents involving police officers shooting African Americans, often to death. She claimed that the mentality of some people is programmed as a victim one and they surrender without any actions. So are African Americans that were somewhen taught who was right (Democrats) and who was wrong (Republicans). Last fall Owens even launched a controversial campaign called Blexit, focused on the propaganda of the Republican party, that fits African American better.

Owens argues that white nationalism can’t be a problem at all and suggested that Southern strategy is a legend created by the media. Several periodicals stood up for the authenticity of their material

Besides Candice Owens considers ecological problems mythical, made up liberals only to extract money from the government. She had a heated discussion on this topic with Joe Rogan in an episode of his own podcast.

She also opposes feminism, however, is pro-same sex marriages and believes that fully transitioned transgender individuals might serve in the U.S. army and lead a normal life.

All in all, Owens is quite notorious for her strong but misleading statements with few pieces of evidence and imagined facts, when there are not enough real ones. For instance, she claimed that the NRA was initially established as an organization aimed at teaching African Americans how to use guns, which is ridiculous since it is a proven fact that Union Civil War veterans founded it in order to provide some shooting training for soldiers.

Owens is engaged to George Farmer, who is a son of an influential politician Michael Farmer. There is still no information whether they are going to become husband and wife. Also very little is known about her family.

Her estimated net worth equals to $300 thousand.

Although Owens is well-known as an activist, it doesn’t mean she has to be old and unattractive. She is a beautiful young woman, which some people might consider sexy; however, there is no information about her weight and no nudes or bikini photos on the Net, which is absolutely right. It is no surprise since any decent speaker should have a perfect appearance while on stage, and Owens is no exception.