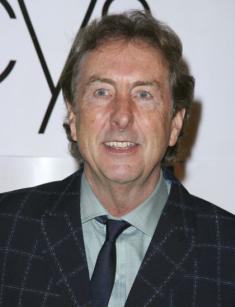 Eric Idle, 76-year-old celebrity, had his career peak in the period between the 1970s and the 1990s. That time he began writing sketches for the show Monty Python – the project he is mostly famous for – and creating other programs and pictures. Are you interested in Eric Idle’s career, way to success and private life? There is his full life story in the article – and you can read it right now!

Eric Idle's birthplace is South Shields. He was raised in the family of Ernest (who was a soldier) and his wife, Norah. The woman had immigrated to Eric's motherland several years before his birth. When Eric Idle was a 2-year-old kid, his dad died because of a road accident. As a result, his mom had to earn a living and bring the son up alone, by herself. She could hardly combine working with spending time with Eric. Eventually, he was sent to a boarding school. Remarkably, this educational establishment was opened for children from incomplete families. According to Idle's future admissions, life there was a real ordeal for him – sometimes he became a subject of bullying, abuse, and humiliations. Idle confessed he had liked listening to a certain radio station and watching a local football squad playing – these his hobbies helped poor guy escape from reality.

Speaking about Eric Idle's education, he has a degree in English Studies.

Being a student, the future celebrity got his first role ever – he played in the TV series for kids entitled Do Not Adjust Your Set. Besides, he was invited to appear on the TV project At Last the 1948 Show.

After working on Python, Idle and his colleagues began creating solo projects. So, in the 1970 Idle started performing on BBC Radio One. He spent there three seasons, leaving in 1974.

Shortly after, the celebrity contributed to the launching of the program Rutland Weekend Television – Neil Innes was his colleague. While working there, the two created the musical collective the Rutles (it also included David Bowie) – a parody of the Beatles. It brought them enormous fame – the band was invited to various shows, including Saturday Night Live.

In 1978 the picture All You Need Is Cash written by Eric Idle was shown on screens. He himself portrayed Dirk McQuickly. Besides, he launched the program ‘The Entire Universe.’

In 1986 the celebrity gave his voice to Wreck-Gar, a character of The Transformers: The Movie. The following year, he starred in the play entitled The Mikado. 1989 brought him an appearance on the TV projects Nearly Departed and Nuns on the Run. In 1995 and 1996 fans could see Idle among actors of Casper The Wind in the Willows, respectively. Meanwhile, the celebrity didn't neglect his directing career. However, that time Idle's pictures failed to gain popularity and receive positive acclaim.

1998 was marked by Eric Idle's starring in the picture under the name Burn Hollywood Burn. Speaking about recent projects the celebrity appeared in, he gave his voice to characters of The Simpsons and Shrek the Third. Besides, he narrated the audio version of Charlie and the Chocolate Factory.

In 2003 the star embarked on a tour alongside John Cleese. Traveling around America and Canada, they gave performances based on Monty Python sketches. Two years later he published a song where told about his experience while touring.

In the 2000s Eric Idle's plays such as What About Dick? and Spamalot came out.

In 2012 the celebrity was seen performing at the Olympic Stadium during the Summer Olympic games.

Eric Idle created scenarios working alone, without any help, unlike others. When Idle was asked why he preferred to close his office and work in complete solitude for several hours, the star responded he was introvert and his productivity improved while being alone. However, when it came to presenting his writings to colleagues, Idle often failed to make it seem ridiculous.

Being one of the youngest workers, Eric Idle understands teenagers like no one else. That's why the youth is Idles' main audience. His sketches were dedicated to sharp social problems related to young people – sex, drugs, music, and love.

Being interested in writing from early age, Eric Idle has published some books of fiction and non-fiction genres, such as

In 2004 fans could listen to Idle's track entitled ‘FCC Song.’ There he shares his thoughts about American FCC who fined him for saying a banned word while starring on a radio show.

His single ‘Really Nice Day’ was used by the movie The Wild.

Speaking about Eric Idle's relationships, he has had two wives in his life. 1969 was marked by the beginning of his marriage with Lyn Ashley. The two have welcomed a son Carey. However, the spouses officially parted ways in 1975. Later, Idle shared vows with Tania Kosevich. They are parents for a daughter named Lily.

As for Idle's faith, he is an atheist but prefers not to speak about it publicly.

Eric Idle’s net worth is evaluated at $60 million.